Naga, 45, has taken over the mid-morning show on BBC 5 Live after predecessor Emma Barnett, 35, announced she was standing down from her role at the station last year. To kickstart her second programme of 2021, the BBC Breakfast presenter told listeners she was going to try and keep them upbeat following the news of a third lockdown being imposed in England. However, in an attempt to make the audience feel more uplifted, the host joked she was going to “fall out” with newsreader Alison Acton as they spoke about one of the stories of the day.

After the pair discussed the latest developments stemming from the coronavirus pandemic, Naga said: “We’re talking about kindness this morning, aren’t we Alison?”

Referring to a story she had come across on Twitter, the broadcaster added: “Had a lovely tweet from [listener] Julie.

“‘Yesterday, for the first time, I called and introduced myself to the loveliest lady of 92 years. This simple act came about because I knew from another neighbour she was vegetarian.’

“‘I’d made a huge pot of minestrone soup – not sure who was the happiest’,” the presenter said as she concluded reading the post.

Turning to the newsreader, the host of the radio show asked if she was a “soup fan” to which she replied she was. 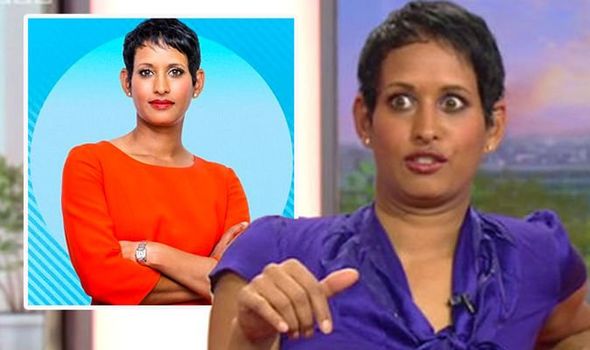 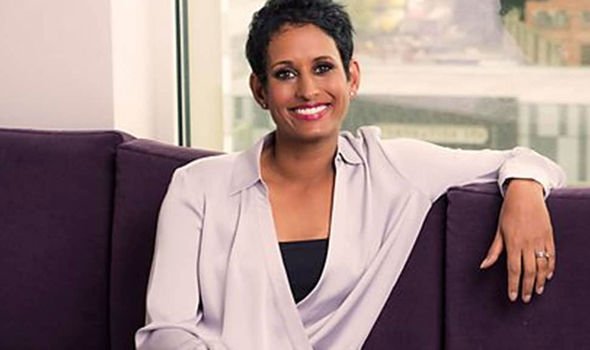 “I do like soup, yes. Big fan,” Alison told her co-star, to which Naga admitted: “Controversially, I don’t like it.”

Hearing how shocked the newsreader was, the presenter told her they would have a further conversation off-air.

“We’re going to fall out,” Alison joked as she laughed off the BBC Breakfast star’s comment on the topic being controversial.

“Of course we are,” the journalist quipped as she made a light-hearted warning towards her fellow broadcaster. 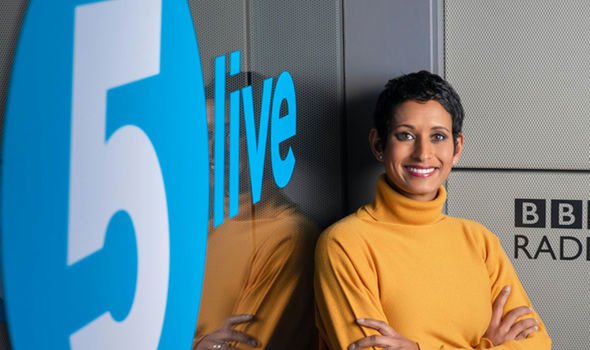 Taking to social media on Monday, the presenter told her 38,100 followers how excited she was to be starting her new venture on the radio.

Posting a picture of her handbag on Instagram, the journalist wrote: “I’ve been sorting out my work bag and am ready to go back to the office.

“1st day in a new job @bbc5live tomorrow. 10am to 1pm – Monday to Wednesday. I get to work with a brilliant team.

“And discuss stuff in our lives that matter with great guests and listeners. Can. Not. Wait. Hope you can join us,” she added.

In response to her post, several of the presenter’s fans and celebrity colleagues wished her luck on her first day.

Other Instagram users continued with the flow of support as one commented: “Good luck! Just had to Google and relieved to see you’re still on the sofa Thursday to Saturday.”

Another remarked: “You will shine Naga. Even on the radio, it will be obvious that there will be a smile on your face when you speak. Good luck.”

Kickstarting her programme at the beginning of the week, Naga said: “Absolutely delighted to be here with you on the first Monday of 2021.

“I am so excited to be on board with you on this, the morning show we are making together. We are going to get to know each other, I promise. There is so much to talk about.

“It can be huge, it can be massive or it can simply be Monday. What is the first job of your day? Taking the dog out? Starting a brand new job, like me? We are going to talk about new businesses, new babies and new lives abroad too.”

Naga Munchetty Show airs weekdays at 10am on BBC 5 Live.

01/05/2021 TV & Movies Comments Off on Naga Munchetty warns co-star they will ‘fall out’ after discussing ‘controversial’ topic
Recent Posts
We and our partners use cookies on this site to improve our service, perform analytics, personalize advertising, measure advertising performance, and remember website preferences.Ok