Monty Don on gardening when 'life gets overwhelming'

Monty Don appeared on The One Show this evening to discuss the 2021 My Chelsea Garden competition which he and Alex Jones are judges for. During the teaser clip which explained how viewers can take part and potentially win, the Gardeners’ World host spoke about how gardening helps his mental health and what his coping mechanisms are when he feels “life is overwhelming”.

Monty has spoken candidly about his battle with depression in the past.

And tonight, the horticulturalist urged other green-fingered members of the public to open up about how their gardens and getting outside into green spaces have also helped their mental health.

Host Alex introduced: “There’s never been a year in which our gardens and green spaces have been more important to us.

“Which is why, we are very excited to announce that once again, we are teaming with the Royal Horticultural Society for My Chelsea Garden competition – which was a smash last year! 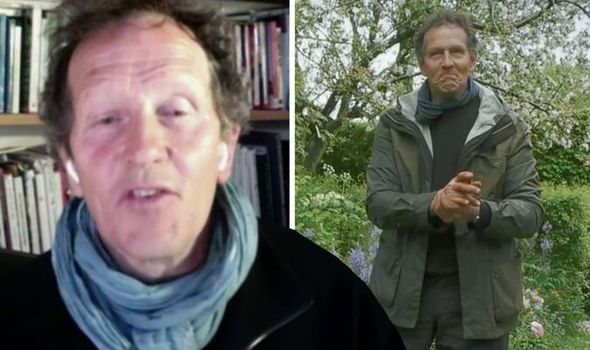 “We’ll be chatting to my fellow judge – Monty Don – in just a moment, but first, here he is with all you need to know,” she revealed.

Monty was then heard on the voice over saying: “As we all enjoyed over the Easter weekend, whatever the weather, spring really is here.

“And there is nowhere better to enjoy it than outdoors in our gardens and green spaces.

“And over the last year when times have been tough for all of us, our gardens have been a source of sanctuary, of inspiration and delight. But also creativity as we saw in last year’s My Chelsea Garden competition.” 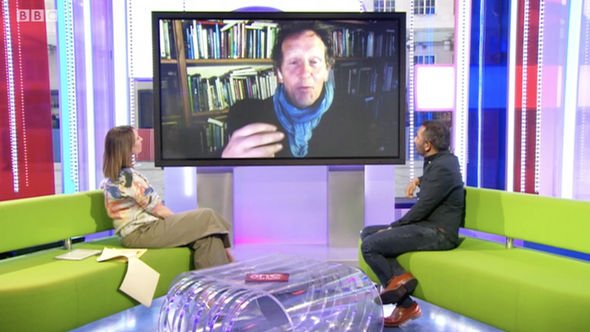 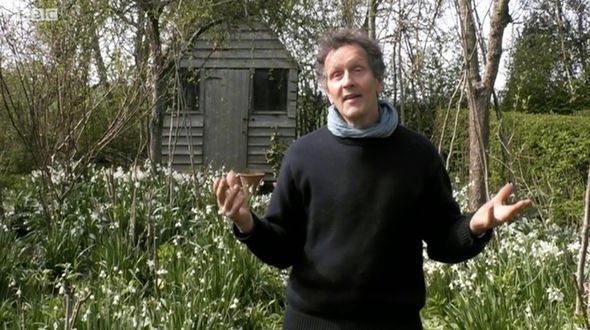 He went onto explain how last year’s competition had over 7,000 images submitted but this year they had a slightly different criteria.

Monty said: “We also want to know how gardening has helped you over the past year.

“I know from my own garden that it acts as a huge relief of so many things. If I’m very depressed or live is just overwhelming, I come out here, I start a job and immediately, everything seems a bit better,” he commented.

It comes after Monty previously said his depression  – which he has suffered for “many years” – is “worse in winter”.

“Touch wood, it’s been much better for the last few years,” he told the BBC.

“But for me, the benefits of nature are all about the physical connection with the rhythm of the natural world.

“Some of that rhythm is bleak – winter is cold.

“And yet even if inside you are bleak and grey and cold, if you believe that spring will blossom inside you, as well as outside in the garden, that’s powerful.”

As for other coping mechanisms, Monty has found “travelling and seeing other gardens” as well as “being with other people” are “helpful” during dark times.

“And the discipline of travel, or you are interviewing somebody, or even more seriously I don’t care about your garden, television, books, but you have to pretend to care.

“And actually pretending to care is quite a good way of really caring.

The One Show airs weekday at 7pm on BBC One and Gardeners’ World airs Friday nights at 9pm on BBC Two.

04/06/2021 TV & Movies Comments Off on Monty Don: Gardeners’ World host on depression and how he copes when ‘life’s overwhelming’
Recent Posts