Alicia Sierra (played by Najwa Nimri) is probably the most ruthless villain the Netflix show has had so far. Coming in at the start of season three and motivated by an undying drive to catch the robbers, she has gone above and beyond her duties as a police inspector, capturing and torturing some of the Professor’s (Álvaro Morte) accomplices, which eventually got her kicked off the force, just in time for the last season of Money Heist.

Though in the last episode of season four, Alicia was responsible for a massive cliffhanger as she tracked the Professor down to his hideout and pointed a gun to his head.

Waiting for season five to drop on Netflix later this year, fans are keeping busy coming up with fan theories that explain Sierra’s obsession with the heist master.

The latest one sees the two connected through Sierra’s late husband and The Professor’s brother being father and son.

The latter of course is already known to viewers of the show: the Professor’s brother is Berlin (Pedro Alonso) a former member of the gang who died in season two. 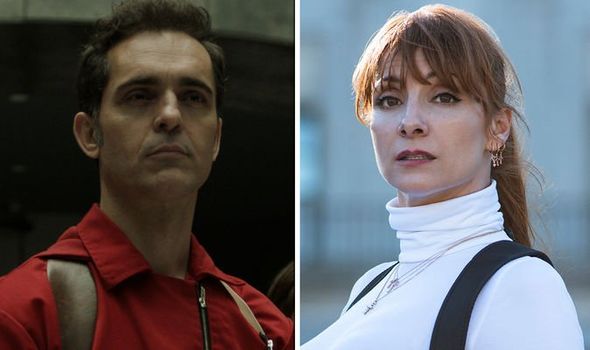