Abhishek ‘Shake’ Chatterjee made his unforgettable appearance on Love is Blind season two and made his last controversial on-screen appearance during the reunion in March. As the star revealed he refused to make a comeback for, After the Altar, he told Express.co.uk what he’s been up to since the show came to an end.

Fans will remember Shake as the veterinarian who appeared on season two of the dating show, hoping to find the love of his life.

Although it looked as though he met his match with Information Data Analyst Deepti Vempati, things quickly went downhill for the couple.

While it looked as though all was smooth sailing for the pair, viewers learned Shake doubted whether he was physically attracted to Deepti.

Although they were engaged, Deepti ultimately said no to Shake at the altar which led to an explosive reunion episode. 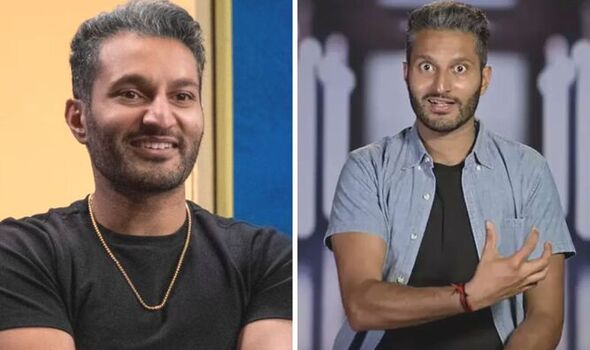 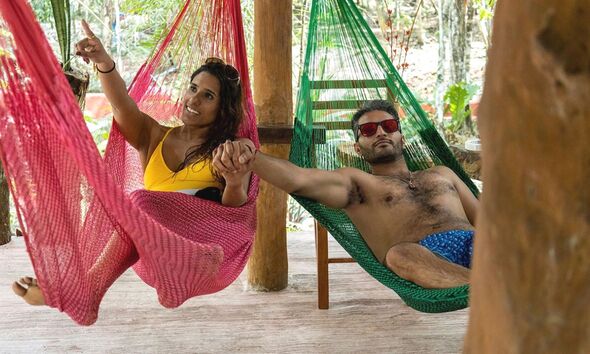 As Shake tried to justify his reasons for no longer finding Deepti attractive, he slammed the dating show and insisted love was not blind but instead: “Love is blurry.”

Since the show has come to an end, the contestants reunited last week for After the Altar to give fans a long-awaited update on their personal lives.

As Shake was noticeably absent, he spoke exclusively to Express.co.uk and revealed what he has been up to since his appearance on the show.

Although Shake didn’t find love on the show, he shared that he was now in a happy and committed relationship with his girlfriend Emily Wilson 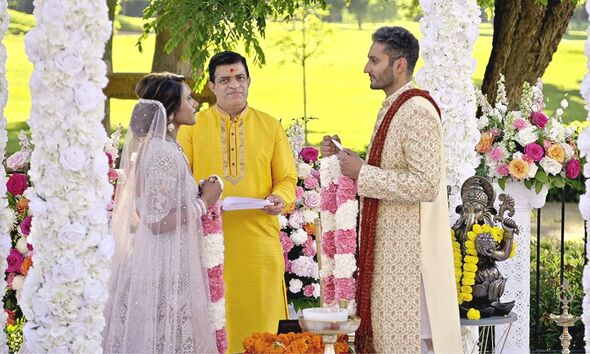 He admitted: “We met in the most opposite of Love is Blind way possible.

“We met at a pool party here in Miami where your physical attraction comes before anything else but thankfully, there was a lot more there.

“Not just the physical attraction, we got along, we hit it off right away. We had a great time and things kind of moved fast from there.”

The veterinarian explained: “I had a black tie event in Chicago the following weekend and I actually already had a date for it, but I met Emily and we just had such a great connection and I said, ‘Hey, I’m sorry, I met somebody, I’ll see you later,’ and the rest is history.”

The couple have also gone on to share more of their relationship on their Instagram accounts @emw13 and @thepuppydoc.

As well as his new romance, Shake has also launched a podcast alongside Emily titled Life is Blurry, which was coined from his controversial “love is burry” quote from the reunion.

Shake addressed: “The name is Life is Blurry, love is blurry is my quote but Netflix owns that because I said it on the show.

“The podcast is about more than just love, so Life is Blurry was a good name.”

He continued: “Season one was all about letting people know that I’m not the monster I was made out to be and but now we’re starting season two.

“We’re recording season two, Emily and I are co-hosts and this season is more about pop culture, dating and reality TV, so we’re having a lot more fun with it.

“First season I wanted to make sure I showed another side of me the more actual side of me and now we’re doing this together.

“We have a female perspective with Emily on, we’ve gotten some really cool guests lined up and recorded with from Miss America contestants to reality stars to dating coaches.”

Shake added: “For Life is Blurry, the door is always open for any reality TV villains. If there’s ever a villain that wants to say their side of the story, I’m your guy.”

Love is Blind seasons 1-2 are available on Netflix