In the latest episode of season 22 of Law and Order SVU, Amanda Rollins (played by Kelli Giddish) wrestles with how to properly care for her ailing father. Former partner Dominick Carisi Jr (Peter Scanavino) lends a shoulder to cry on for his close friend, once again sending fans into a frenzy about whether the two will finally get together.

Since Dominick ‘Sonny’ Carisi Jr joined the SVU team in 2014 and ever since, his relationship with former partner Amanda Rollins has grown exponentially.

Viewers have often commented on the sexual chemistry between the two actors and, ‘Rollisi’ as they are affectionately dubbed by social media users, appear to be getting closer.

The latest episode of SVU, In The Year We All Fell Down, saw Carisi comfort Rollins after her father suffers a stroke and worries how she’ll handle this new responsibility to care for him.

Carisi reassures her that she is strong and capable enough to contend with her latest situation. 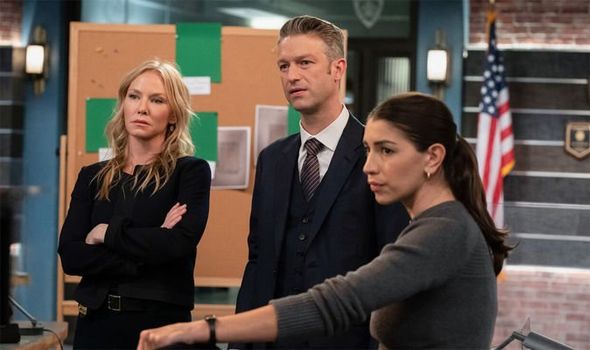 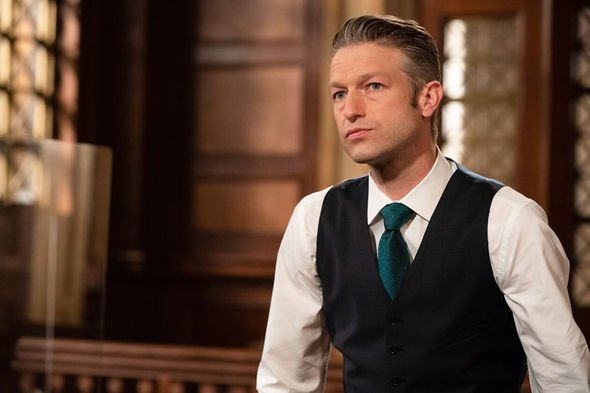 “I don’t know if I can do this, Carisi, be the grown up,” Rollins cries to Carisi as they wait for answers in the hospital.

Carisi lovingly responds: “You’ve been the grown up for a while now Amanda Rollins.”

This isn’t the first time Carisi has been a shoulder to lean on for Rollins.

After Rollins’ kidnapping in season 21, pregnancy issues, and her sister’s criminal activities, Carisi has always been a support for her. 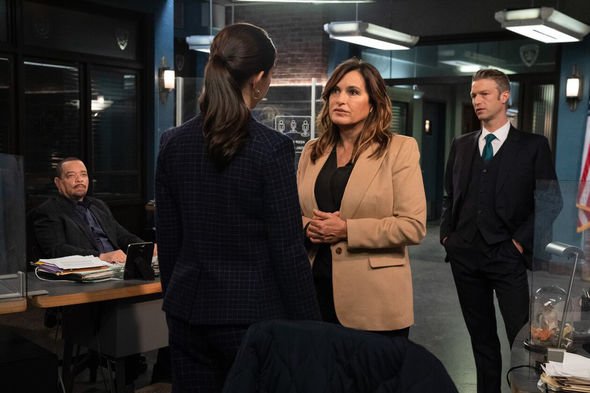 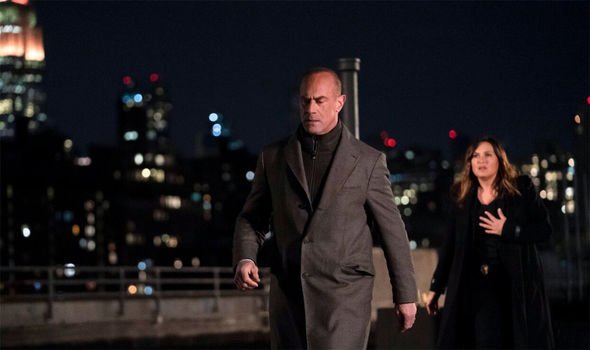 Tensions grew between the two after Carisi left the squad to become an Assistant District Attorney.

Rollins struggles without him and the two have a heated argument.

The squad team is overloaded with cases and Rollins yells at Carisi: “We’re drowning because you left.”

“So that’s what this is about that I left. I had to go, it was my shot,” Carisi responds, upset at the accusations.

“Oh come on, I would be fine if you were right here beside me. You were my partner and you walked out on me.”

Giddish recently spoke to TV Line about the burgeoning relationship, noting that fans frequently yell “get together already,” when seeing the two actors filming together in New York.

She also said there is a possibility more will be explored between Rollins and Carisi as the season moves forward.

Giddish further stated her working relationship with Scanavino helps the process for the actors and adds to their chemistry: “We make the most out of it, because we are good friends in real life, and I do rely on him and his friendship.

“So I think that shines through any time we get a chance to act together on screen.”

“Peter and I talk about, ‘Oh God, what if they ever put our characters together?’ And it’s such a solid friendship that you don’t get to see [on TV much],” she teased.

The Law and Order star did add, however: “So we’re… for lack of a better word, it is precious to us. And to treat that with respect, is what it is.

“I think there’s a little thing about Rollins that she has the fast-and-loose in her, and the impulsiveness. So if I had to answer your question, I guess I’d say Rollins.”

Law and Order: SVU airs Thursdays in the US, followed by Law and Order: Organized Crime. Season 22 of SVU will be released sometime in Spring on Sky Witness for UK fans.

04/26/2021 TV & Movies Comments Off on Law and Order SVU: Rollins to strike up romance with Carisi after huge clue?
Recent Posts