The host certainly enjoyed the perks of the job when producers ordered her to slap her gyrating stripper on the bum live on air. 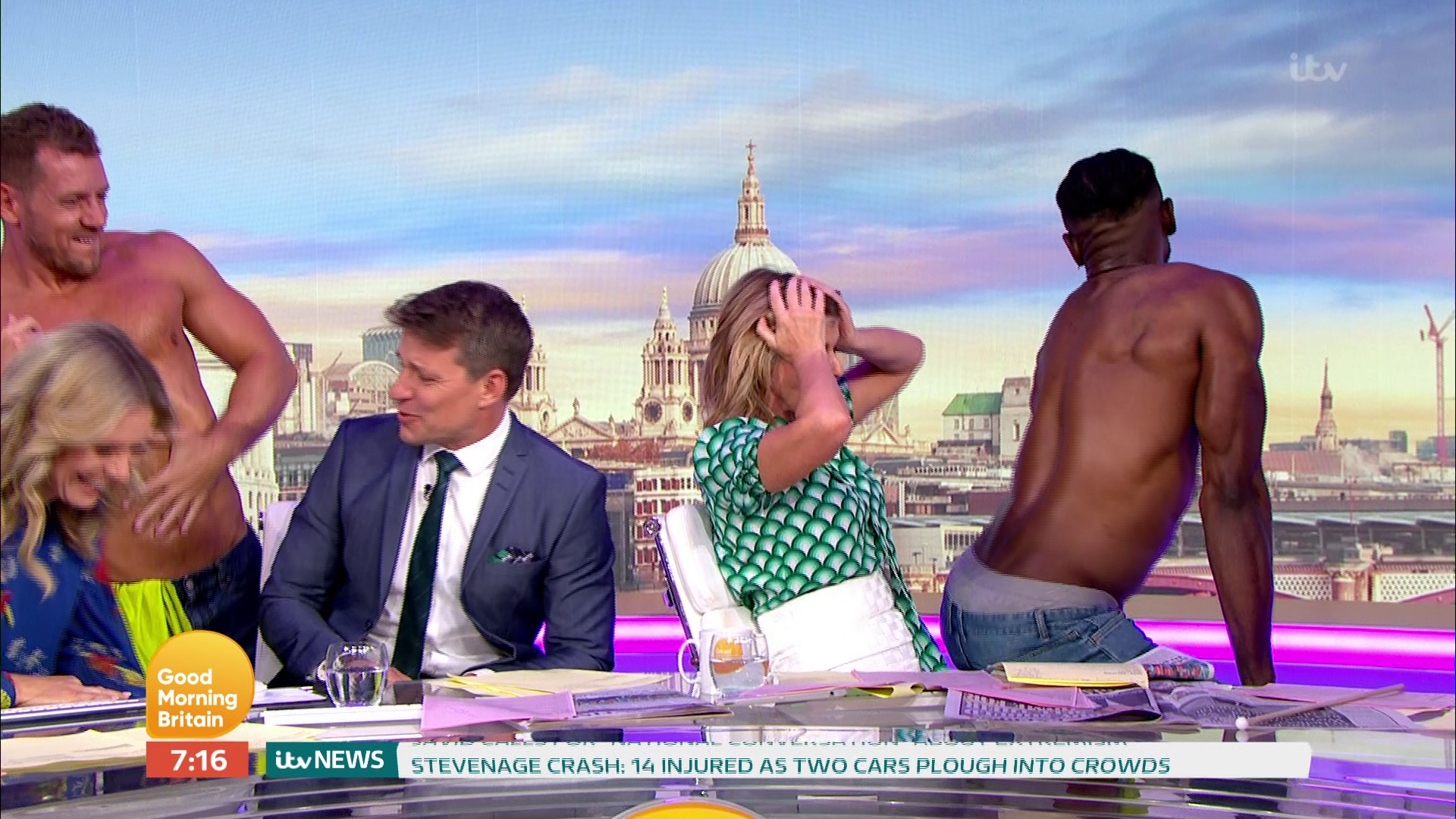 The host picked up a fly swatter, after discussing nuisance flies earlier on in the show, and turned it into the perfect prop after the studio soon descended into a lap-dancing club.

Moments earlier, three hunky men dressed as builders strolled on to set and peeled off their clothes en route, as each stripper picked a presenter for a one-on-one lap dance.

Kate's appeared extremely enthusiastic and she wailed at him: "Oh you are good at your job, nice to meet you!" 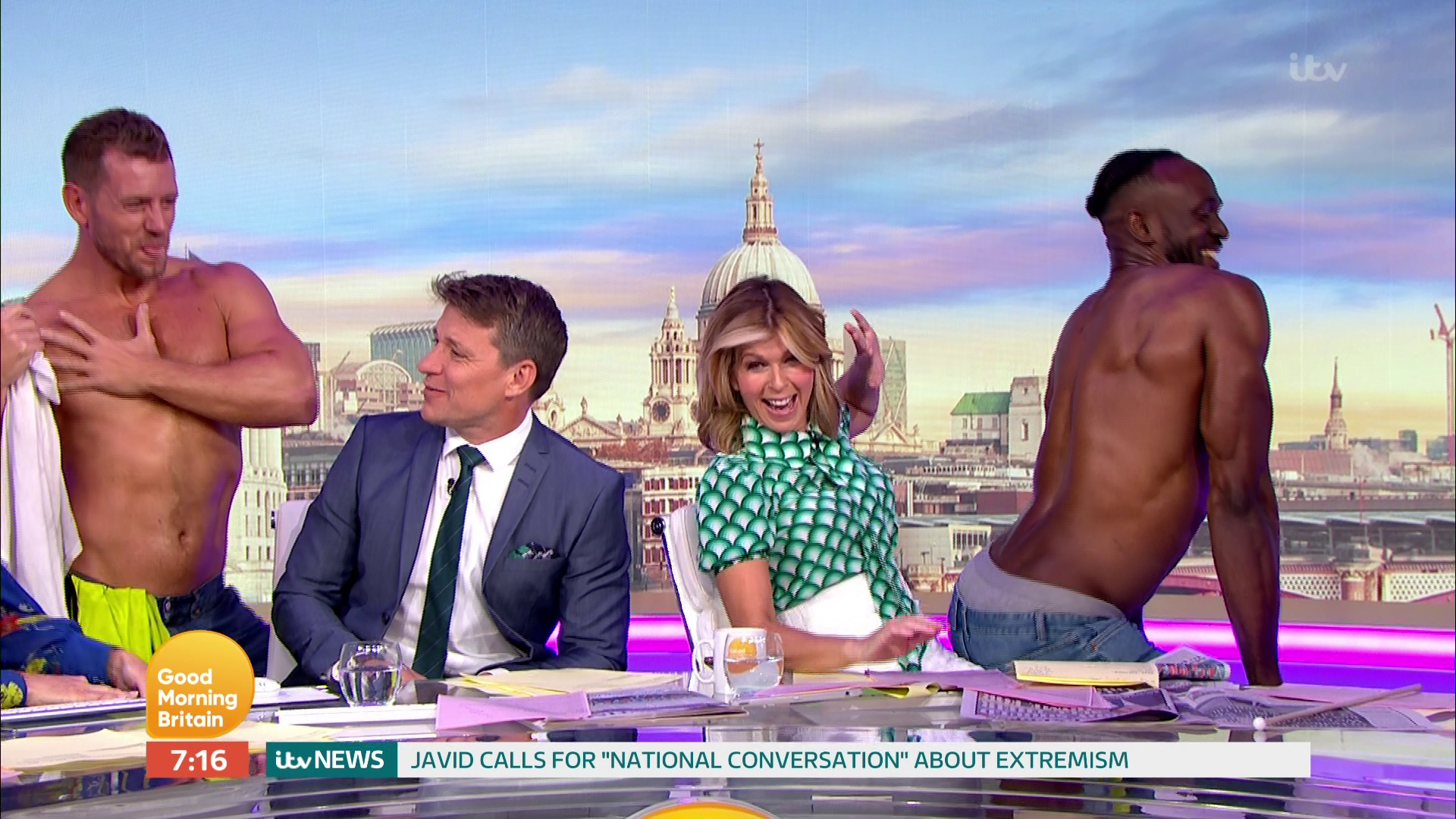 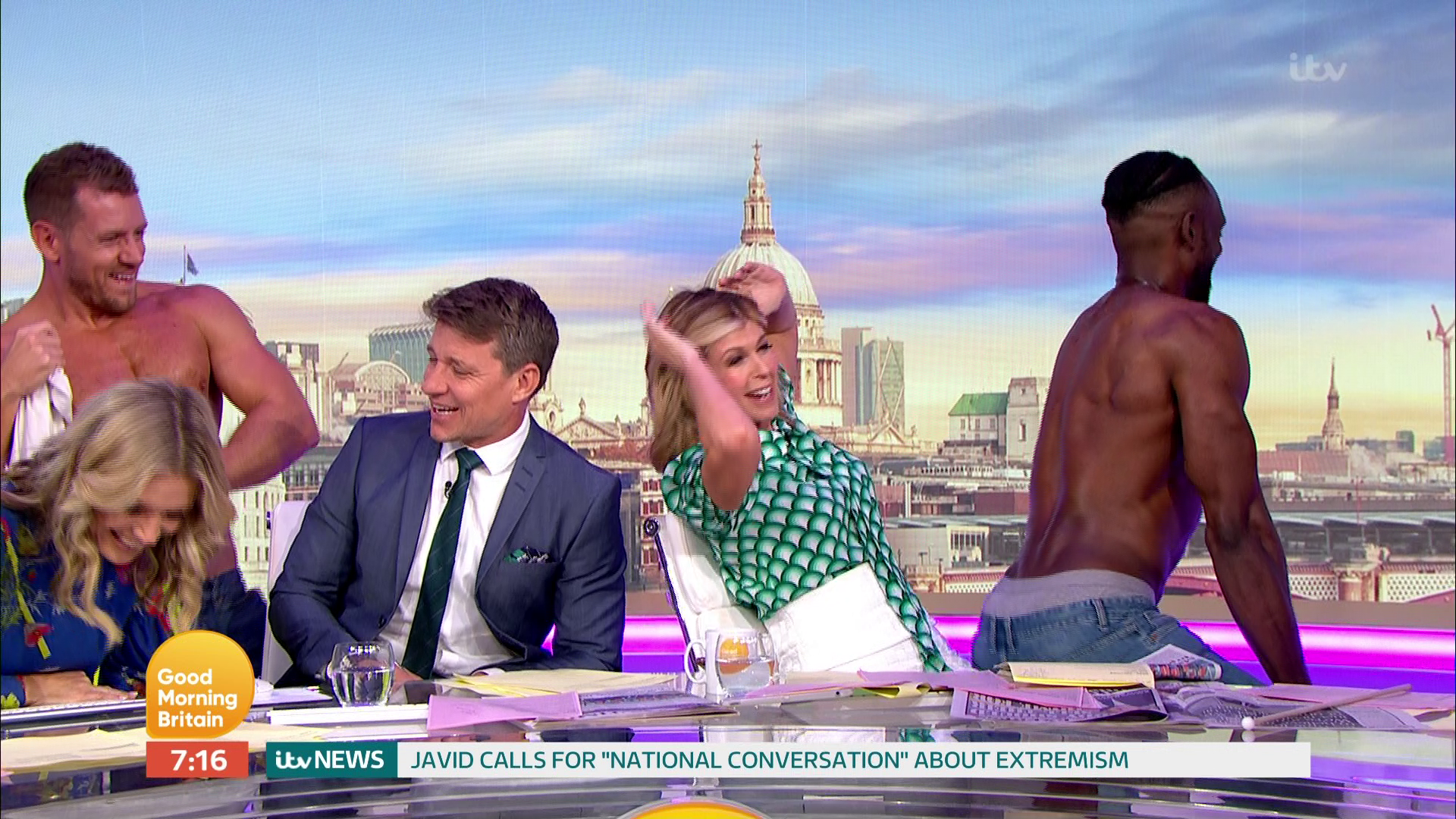 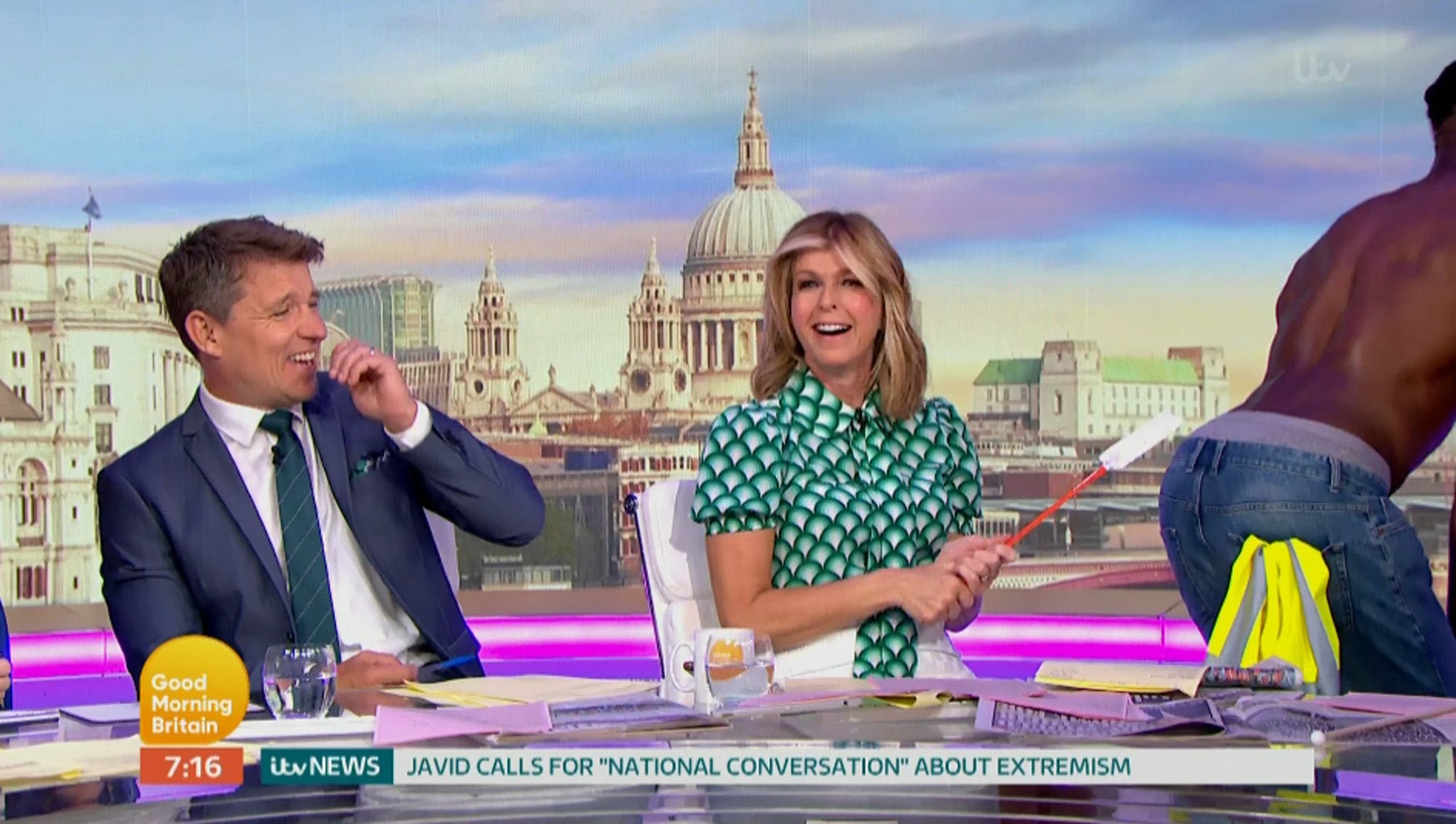 Cheeky showbiz correspondent Richard Arnold was to blame, after he played a clip of Love Island's sizzling challenge before surprising his colleagues with the sexy treat.

But some viewers insisted it was "sexist" and insisted there would be uproar if three women were invited on the breakfast show.

One viewer moaned: "Are you serious #GMB ? Strippers ? @GMB imagine carnage if 3 women strippers were brought on, but 3 guys is ok ?"

However, others found it "hilarious". 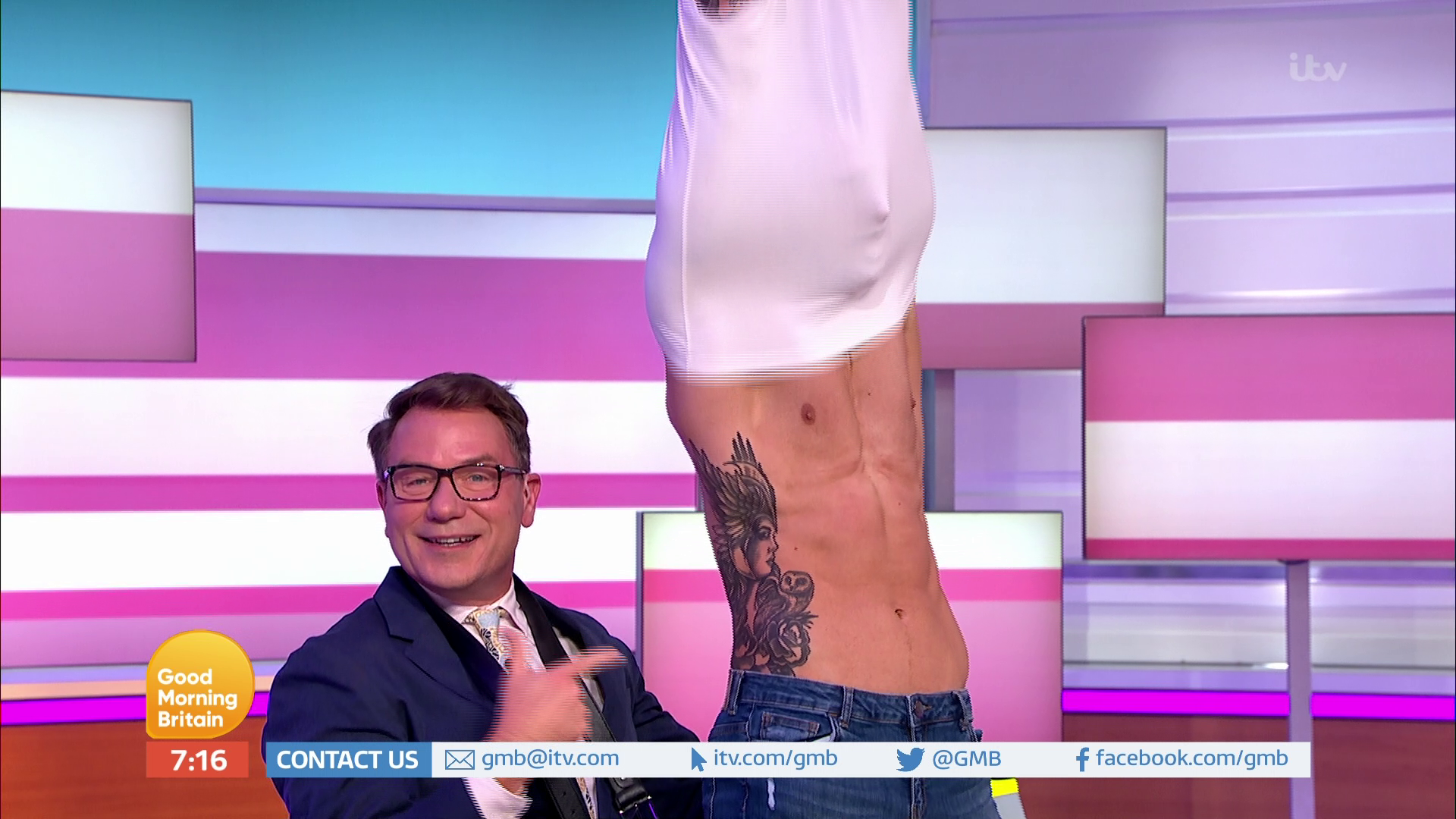 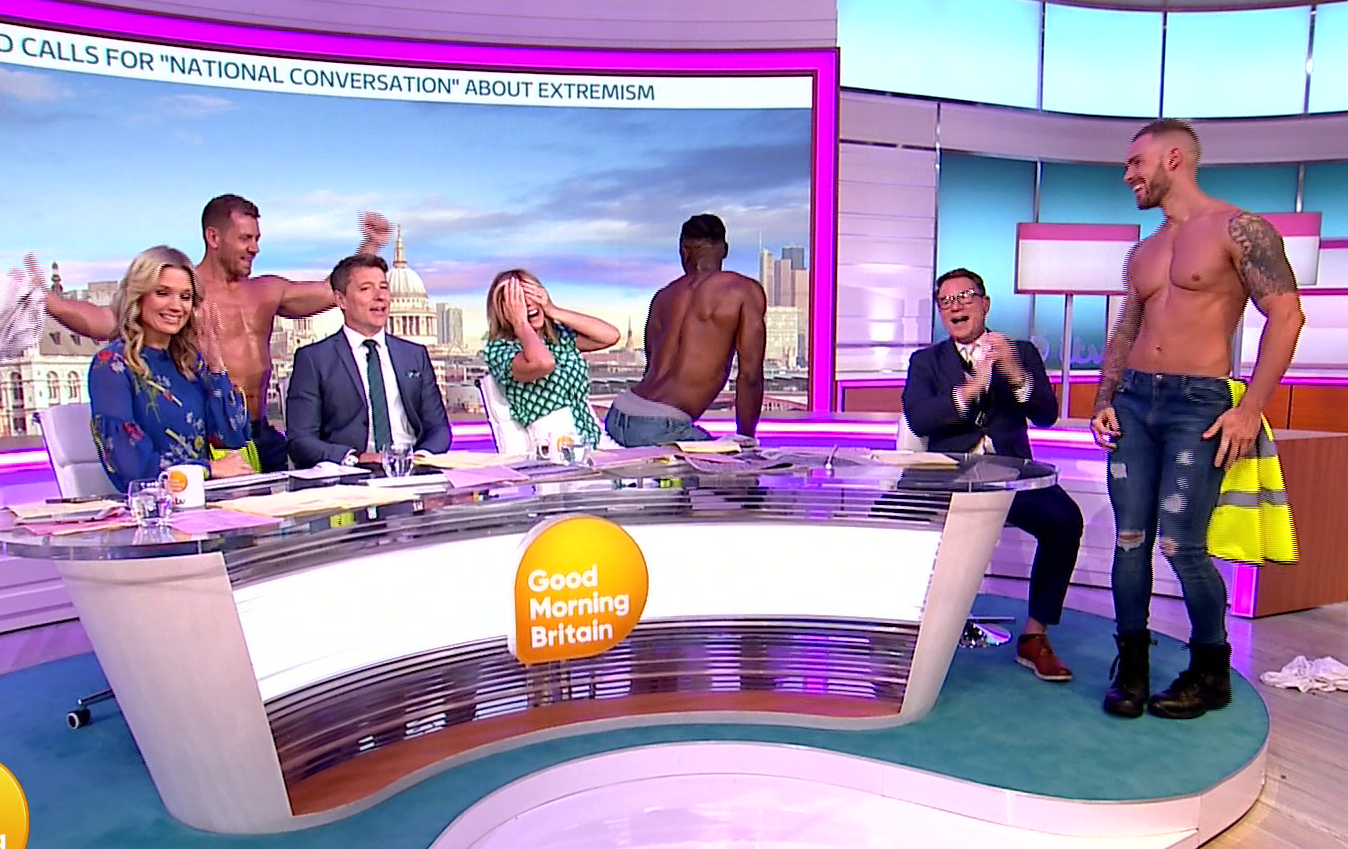 It comes after Love Island's Anna got her bum stuck in cement for 10 minutes during the challenge last night, leaving viewers in stitches.

The more Anna, 29, wriggled, the more stuck she became as Jordan tried holding on to her by the arms, and legs, before he eventually dragged her out by her bum.

Later, Maura told viewers: "Poor Anna got destroyed. They were stuck in the concrete for, I'd say, a good 10 minutes. No joke."