The Diversity star took to Instagram to reveal her unusual name while new mum Naomi said their little daughter had to be delivered by planned C-section after complications in pregnancy. 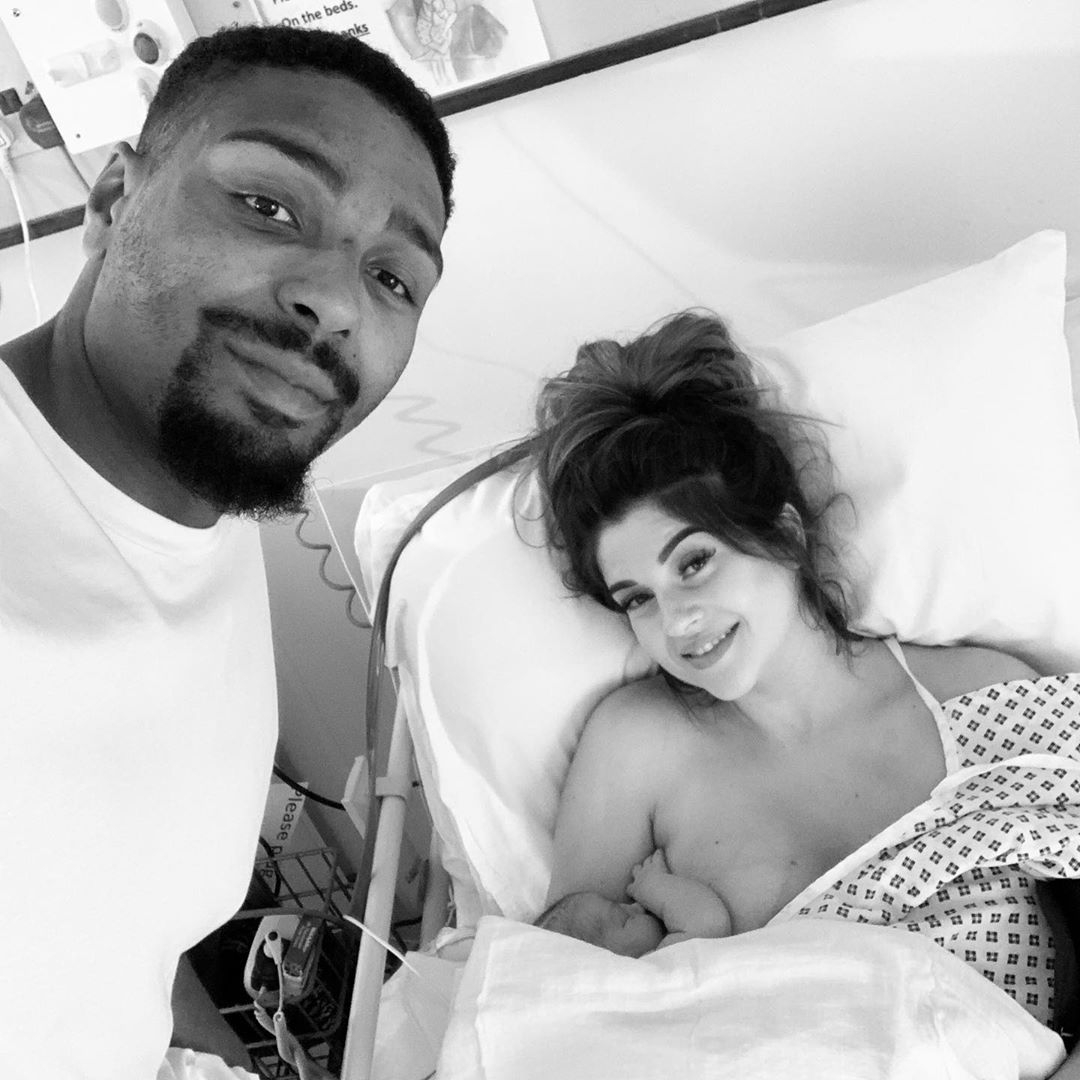 Taking to Instagram, the proud new dad revealed that his second-born is named Mayowa Angel Banjo – but she already has the nickname Mimi.

"Naomi I cannot put into words the depth of love and respect I have for you, I can never repay the gifts you’ve brought into our lives with our 2 beautiful children.

"This time the process was so different than it was with Cass but you were so strong and amazing, thank you.

"So world please say hello to our daughter, Mayowa Angel Banjo! But we call her Mimi and so can you." 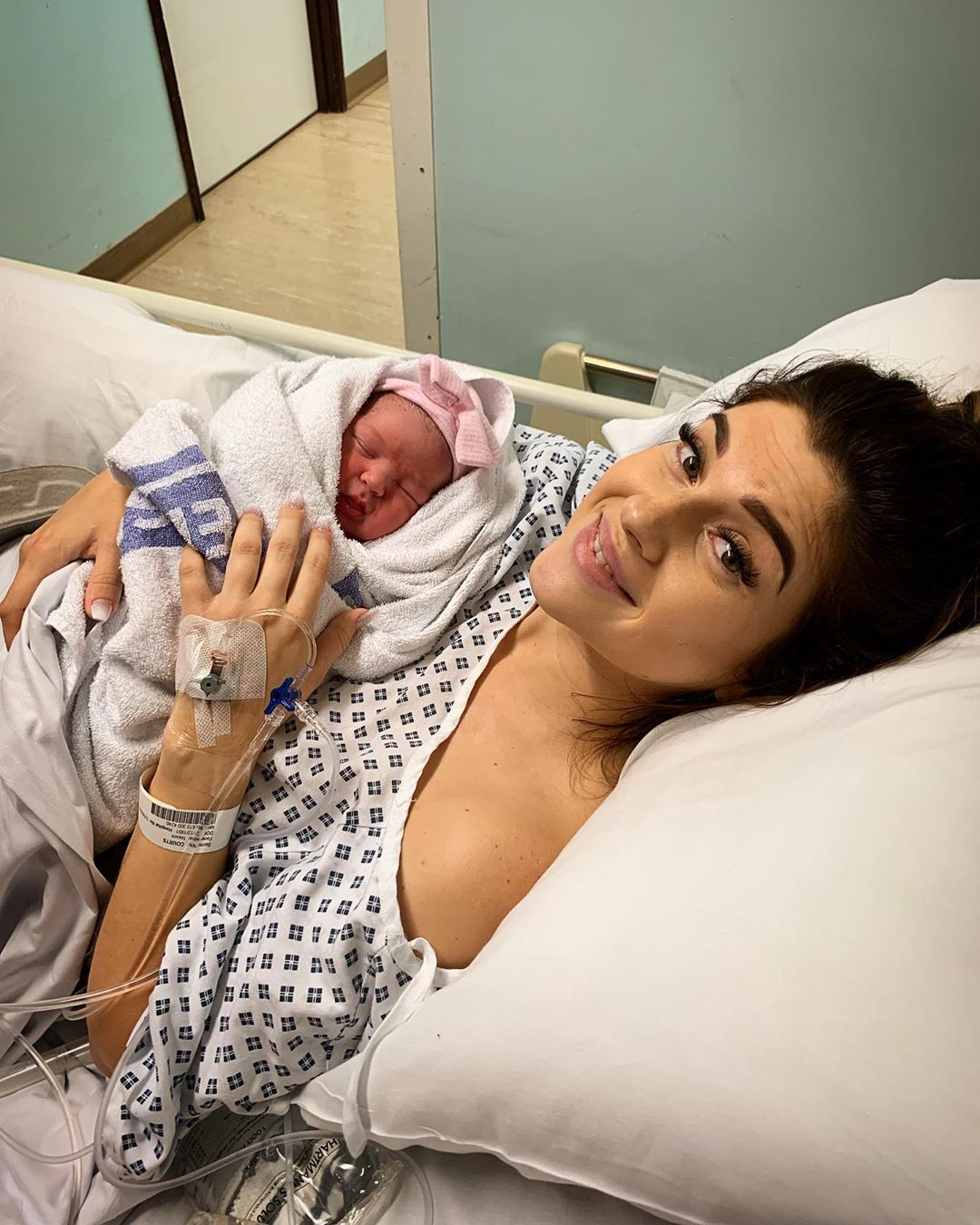 Naomi also took to Instagram and explained that she gave birth via planned C-section after Mimi went into the breech position during pregnancy.

"Yesterday at 3.24pm, our baby girl Mayowa Angel Banjo made her entrance to the world weighing a very healthy 8.9lb!!" she wrote.

"She arrived via a planned c section due to being in a breech position throughout my whole pregnancy.

"It was a very different experience physically and mentally to the water birth I had with Cass and I will in time share my birth story with you guys, but for now I’m gunna take a few days to enjoy this moment with our precious baby girl.

"A quick thank you to @jordbanjo for being my rock throughout this very emotional journey and being the best daddy to both Mimi and Cass. I love you all so much x" 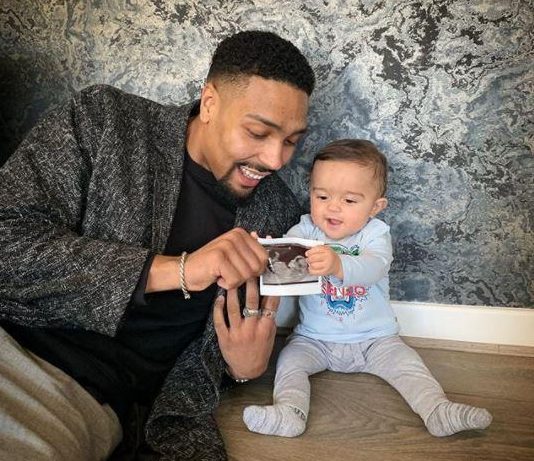 Jordan previously revealed he tried to propose to his girlfriend TWICE before she fell pregnant – and now she's convinced they'll never get married.

The couple announced they were expecting their second child eight months after the birth of their son Cassius.

In an exclusive interview with The Sun Online, the Diversity star revealed marriage is on the cards for the happy couple – but Naomi keeps getting pregnant before he's had a chance to pop the question.

"At this rate we're going to end up with 13 kids and not going to be married," joked Jordan.

"I was ready to propose when I found out she was pregnant with Cass.

"So I thought, 'OK, I'll wait until he's a little older and then I'll take Naomi away and surprise her with a proposal.' 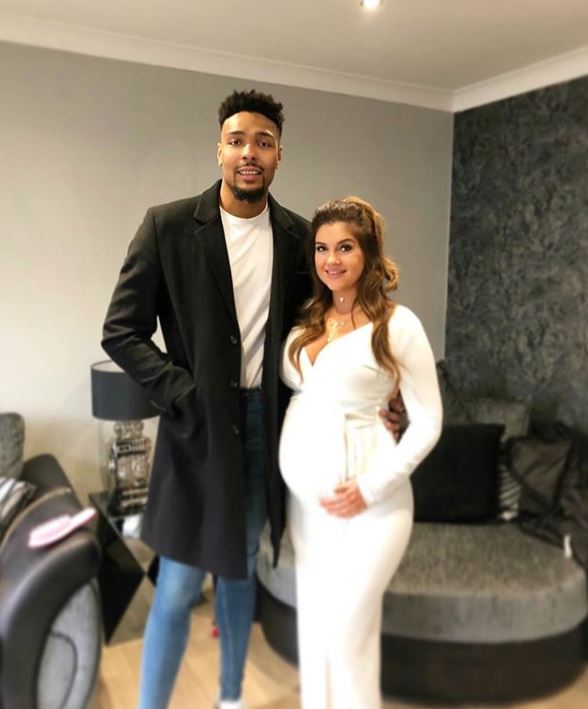 "Then when I started thinking about doing it again this year I found out she was pregnant again.

"Now she's convinced we're not going to get married."

Jordan revealed the lovebirds are expecting their second child by sharing a sweet snap of Cassius holding his little sister's baby scan.

"I'm buzzing for it," Jordan told us at the launch of The Haunted House Monster Party ride at LEGOLAND Windsor Resort. 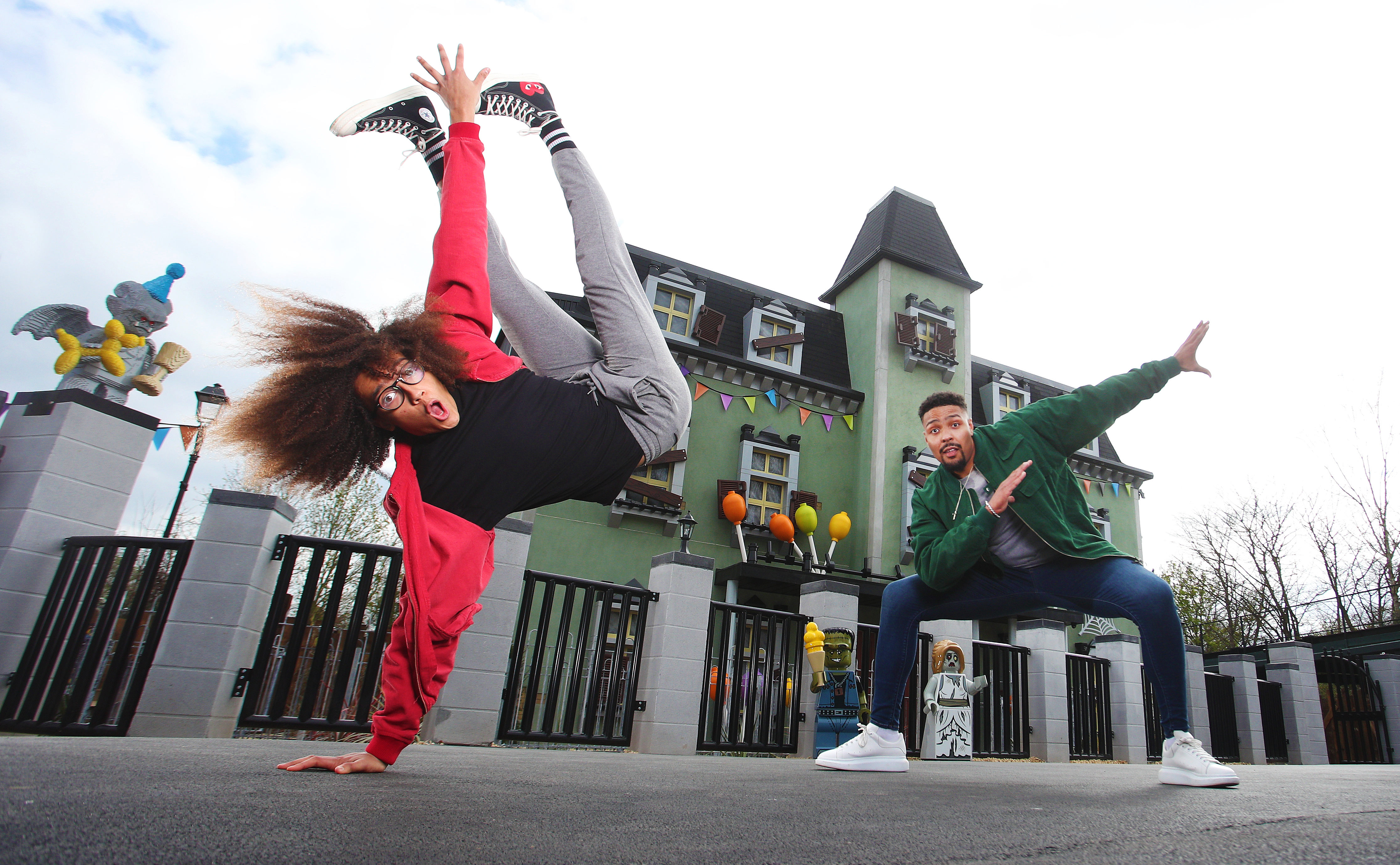 The brand-new Haunted House Monster Party ride at the LEGOLAND Windsor Resort has been given its official topsy-turvy 'seal of approval' by Diversity stars Jordan Banjo and Perri Kiely ahead of its grand opening on April 13..

"It’s exactly the kind of ride I’d like to take my son Cass on, when he’s old enough of course – but he’ll have to beat me to it!”

"At first it was a real adjustment. I travel a lot and then when I'm home I'm either training or rehearsing.

"Suddenly I became a dad and had to make sure Cass was my focus and find time for everything else, only if it fitted around him.

"I hate when people say 'it's the best thing that will ever happen to you', but it's true."

Now Jordan just has to find the time to get down on one knee for his girlfriend.

Jordan added: "If you go on her notes in her iPhone, she's got the venue, the dress, the colour scheme, what I'm wearing and eating on the day all planned out. I don't have a choice in the matter! 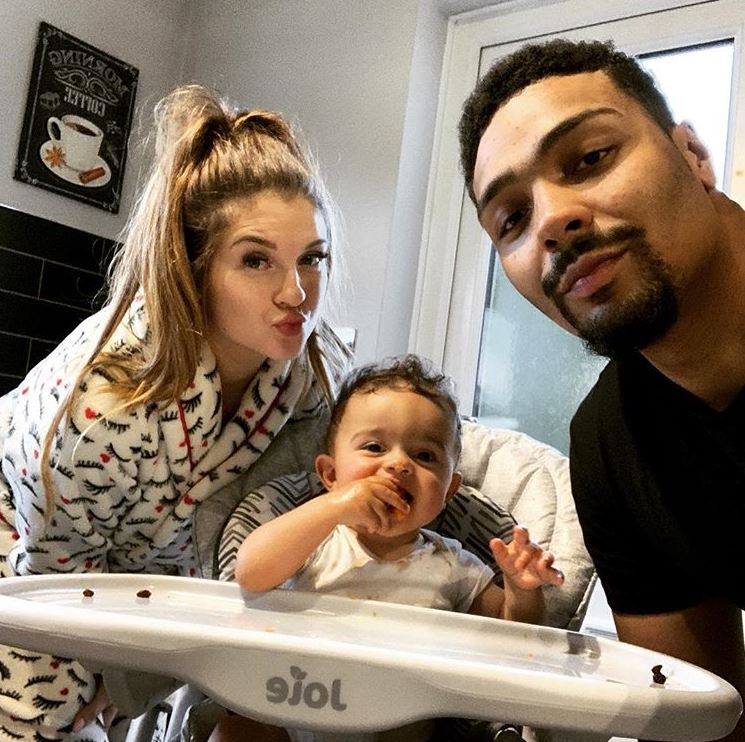 "But marriage is definitely on the cards sooner rather than later. It's not just for me or Nay or the kids, it's just a really nice thing to do.

"We're both so busy and I'm the type of person who wants to do things properly."

Jordan shot to fame ten years ago when his dance troupe Diversity won Britain's Got Talent. 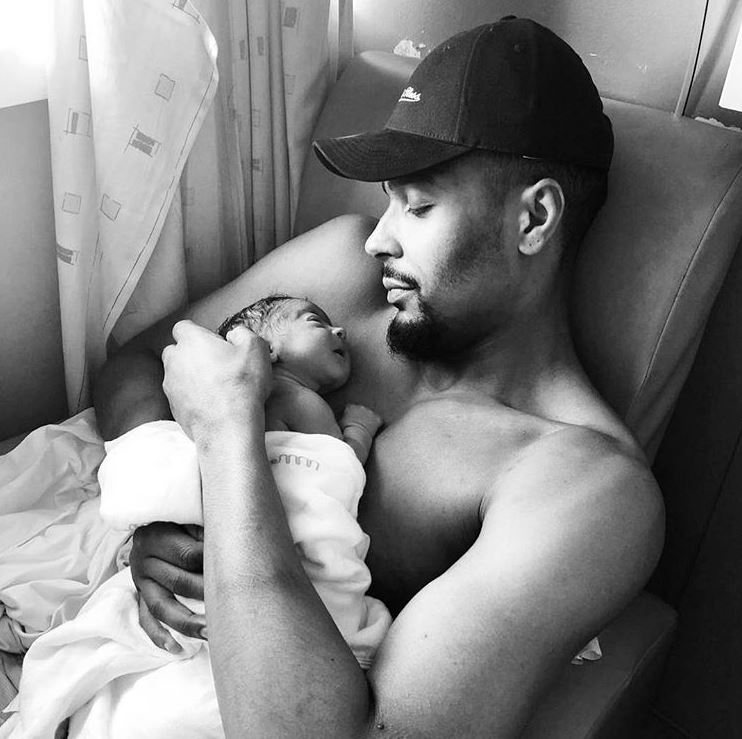 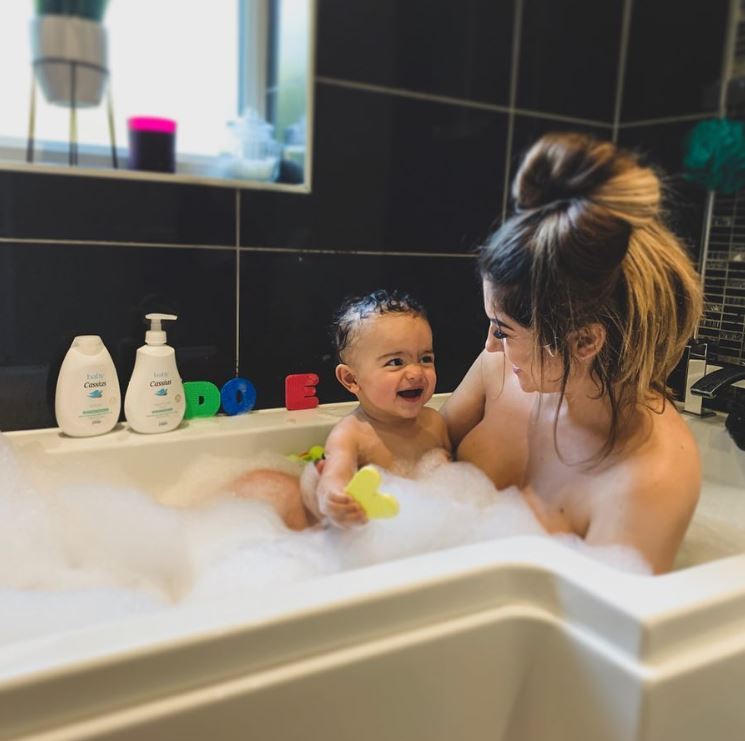 Since then he has moved into presenting, landing a top job as co-host of The Greatest Dancer alongside Alesha Dixon.

In September, Jordan will join Diversity on tour to celebrate a decade of success.

Born Ready will look back at some of the dance group's most iconic moments, mind-blowing stunts and epic plans for the future.