THE Brit Awards are supposed to celebrate the best in British music but Jonas Blue has slammed the annual ceremony for repeatedly snubbing dance acts.

DJ and producer, Jonas, who has been nominated five times but never won, branded the awards “disgusting” for their treatment of acts like him, insisting there should be a standalone dance category. 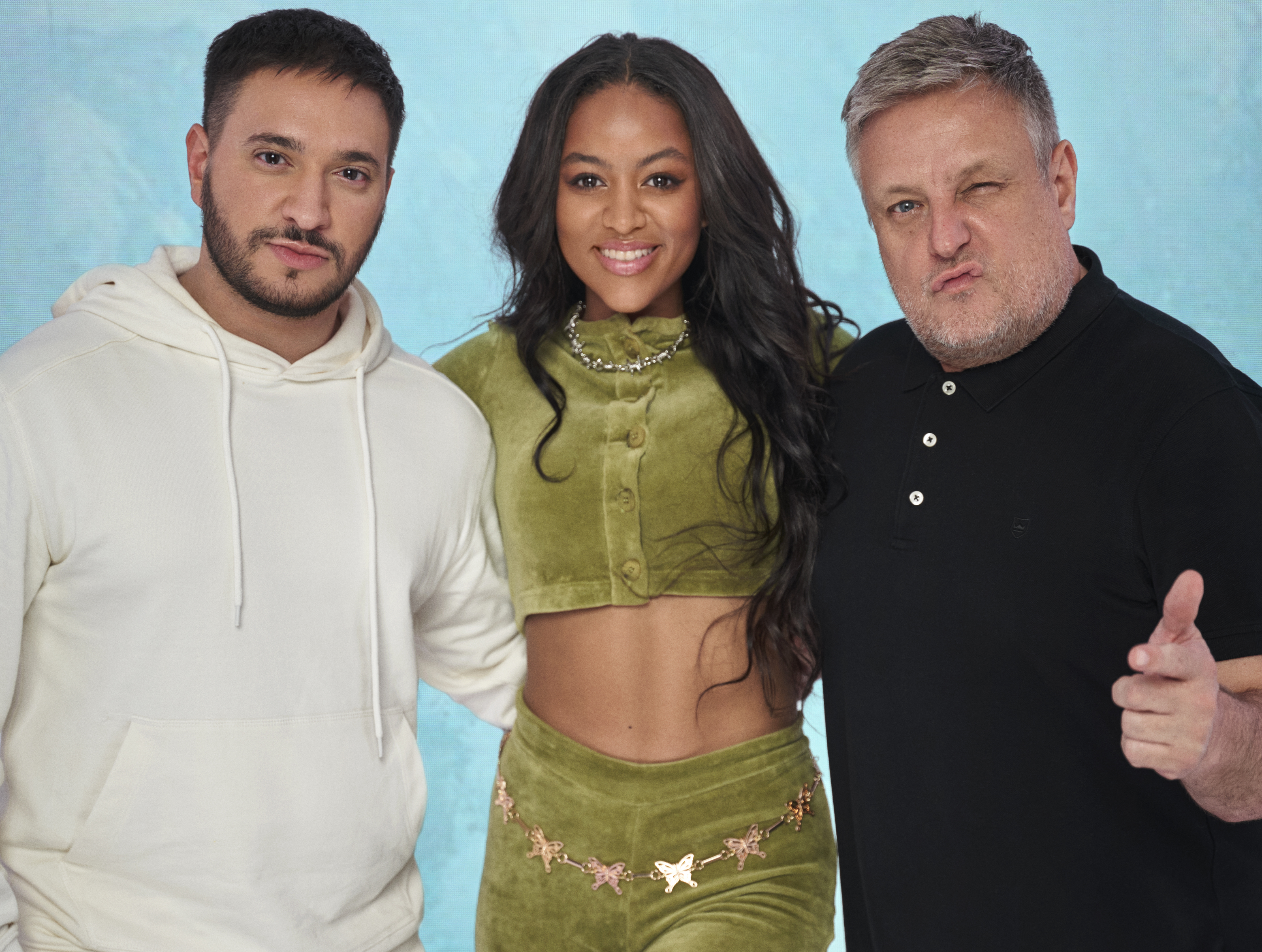 In an exclusive interview, he said: “I think it’s a disregard, the way the Brit Awards treat electronic music artists.

“It should be its own category in itself. There are hugely successful people in the UK like myself, Jax Jones, Sigala, Joel Corry and the fact it’s not recognised by the Brits is disgusting to be honest.

“I’m grateful for being nominated but you just never stand a chance when you’re in the same groups as people like Little Mix or Lewis Capaldi.”

He said a prime example is Calvin Harris – one of the UK’s highest-earning music artists – who won his first two Brits in 2019 despite a total of 18 nods since 2009. 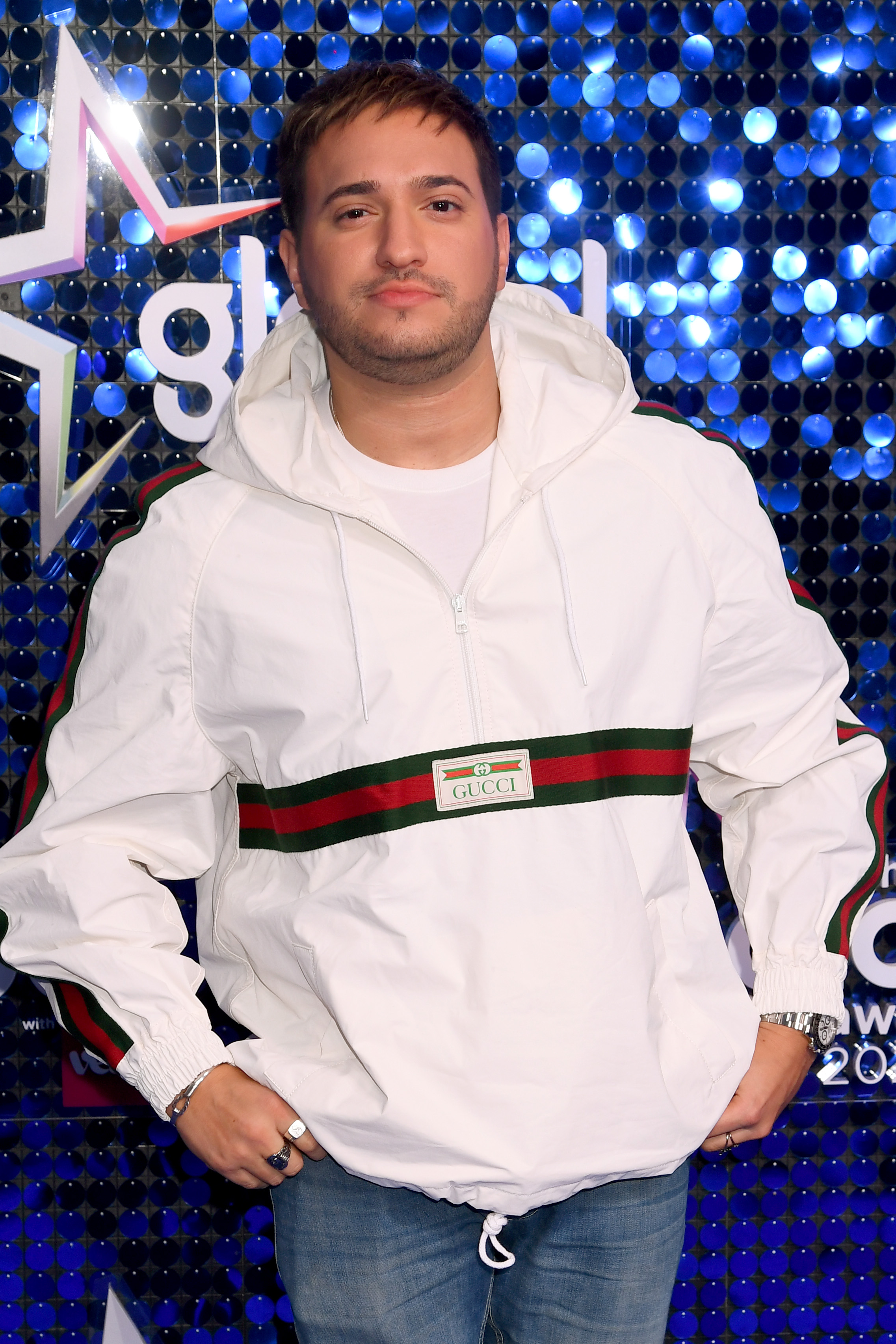 This year’s ceremony will take place on May 11, with nominations due to be announced next month.

They are expected to scrap the Best Male and Best Female categories this year, so introducing genre-specific awards could be a solution.

Jonas added: “The way it’s set up is so old hat, it’s not forward-thinking.”

The producer yesterday released the video to his new song Something Stupid, featuring Swedish singer AWA – which was directed by acclaimed snapper Rankin. 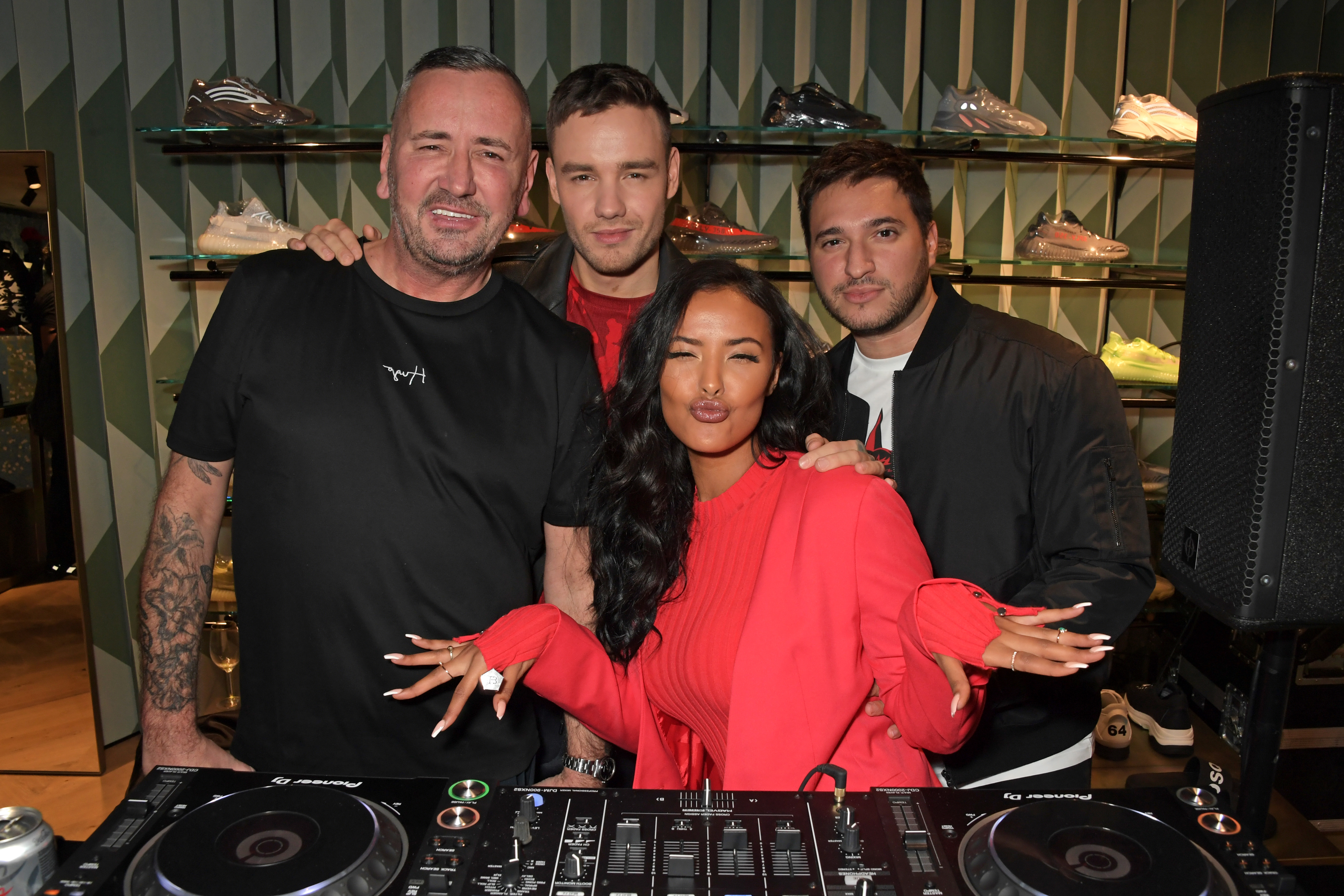 Jonas said working with Rankin was a “dream come true”, adding: “I’ve loved his work for years but I had no idea he shot music videos.

“He actually approached us about directing the video. It was a lot more fun shooting it with him.”

“I was able to travel through these colourful worlds within the box where we were filming.”

Jonas also said he has been making music with Liam Payne again, following their 2018 collaboration on single Polaroid.

He said: “We were looking at doing his next album.

“We did three or four sessions before the first lockdown and got some great songs from that. We’ll see what happens.”

KOURT IN THE BLINK OF AN EYE 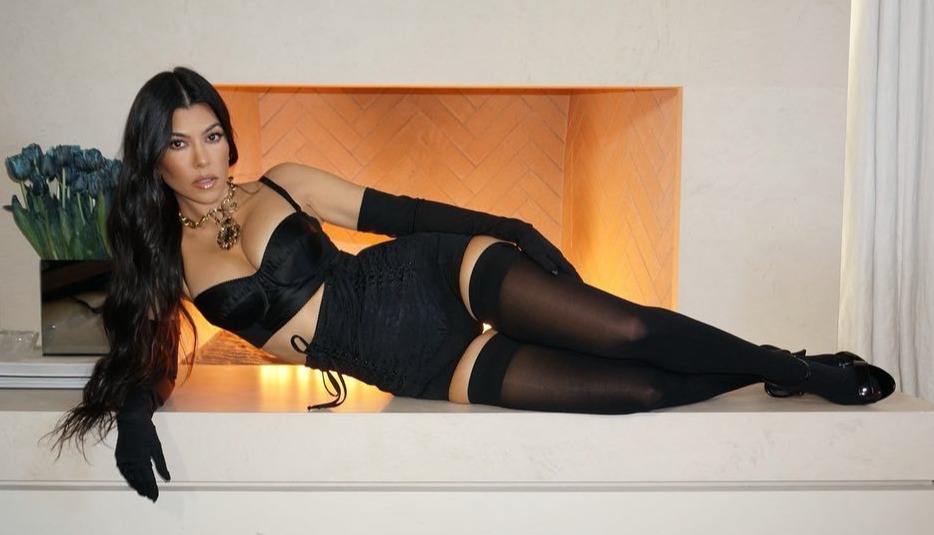 KOURTNEY KARDASHIAN looks irresistible in this Dolce & Gabbana outfit, but sadly she’s off the market.

The reality star is dating Blink-182 drummer Travis Barker, who hailed her as a “great mother and great friend” while talking about their relationship for the first time on Thursday night.

While he has two teenage children, she has three young kids from her relationship with Scott Disick, and Travis said that helped them bond.

“Now I’m spending time with a woman who’s a great mum, great friend and you don’t have to worry about any of those things.” 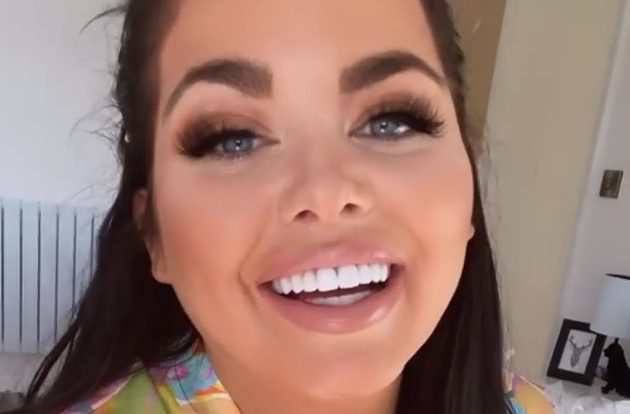 SCARLETT MOFFATT doesn’t fret too much about germs – as she used to eat dirt and dog food.

The ex-Gogglebox star said: “I ate mud as a child. I used to want to be a dog when I was three. I enjoyed the odd dog biscuit. I’ve tried dog food before.”

She also claimed on her BBC Sounds podcast Stonehenge was built by aliens, and reckons the extraterrestrials are still among us.

She added: “I think supermodels are aliens because they’re that beautiful. I think, ‘How are you the same species as me?’”

DUA IS A REAL CLASS ACT 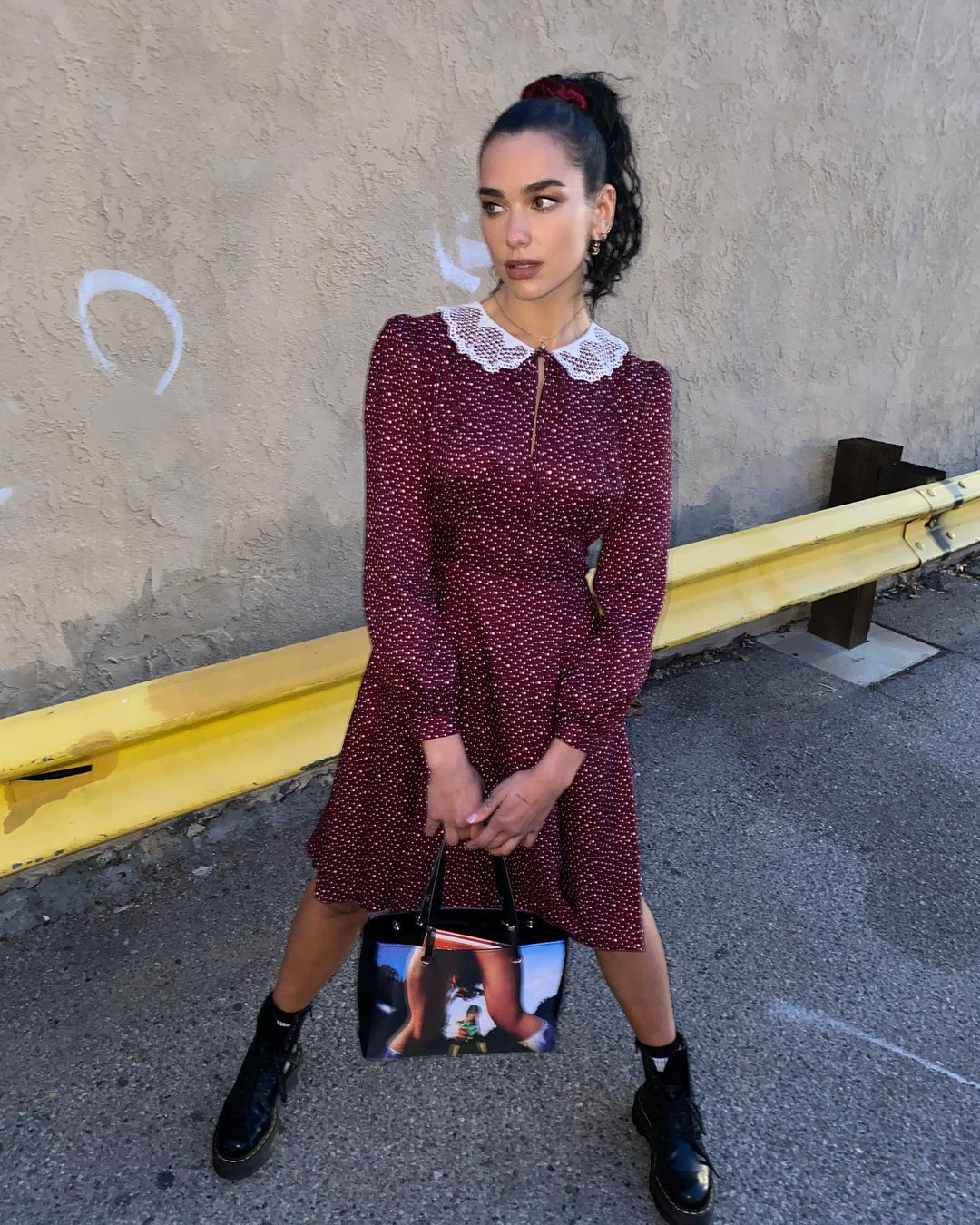 DUA LIPA looks like she’s off to school in this dress and perhaps she soon will be – for acting lessons.

The singer has revealed she plans to get into films and said this week that she’s been reading scripts for potential roles.

If Dua is as determined to light up the silver screen as she was to make it in music, she will be on to a winner. 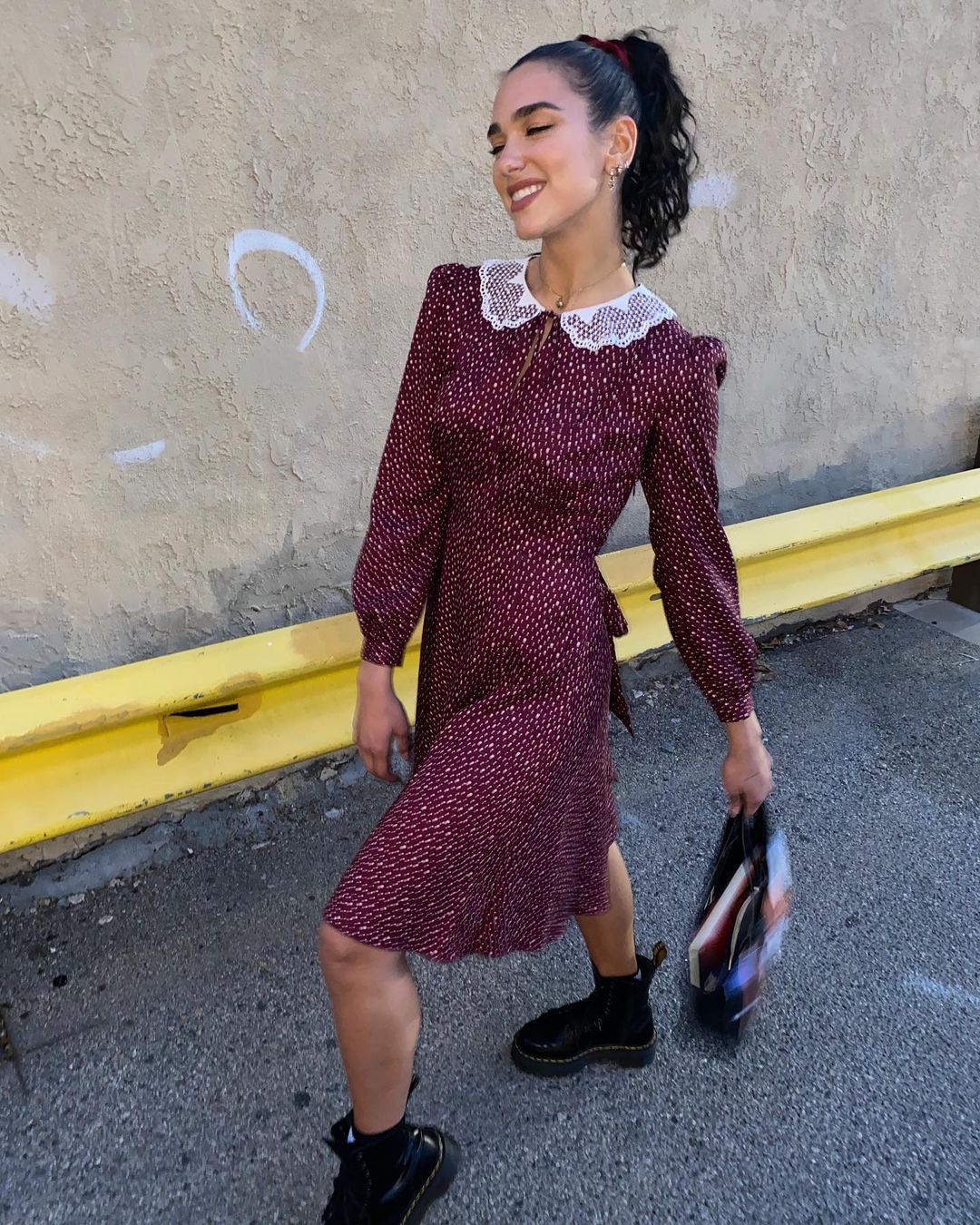 “So as much as this was my passion, I feel like it was also my destiny.”

Now Dua is up for six awards at the Grammys, which take place next Sunday. If she gets her way, the Oscars will be next.

Also out is St Vincent’s song Pay Your Way In Pain – the first track from her album Daddy’s Home, out May 14.

PIRATE DEAD IN THE WATER 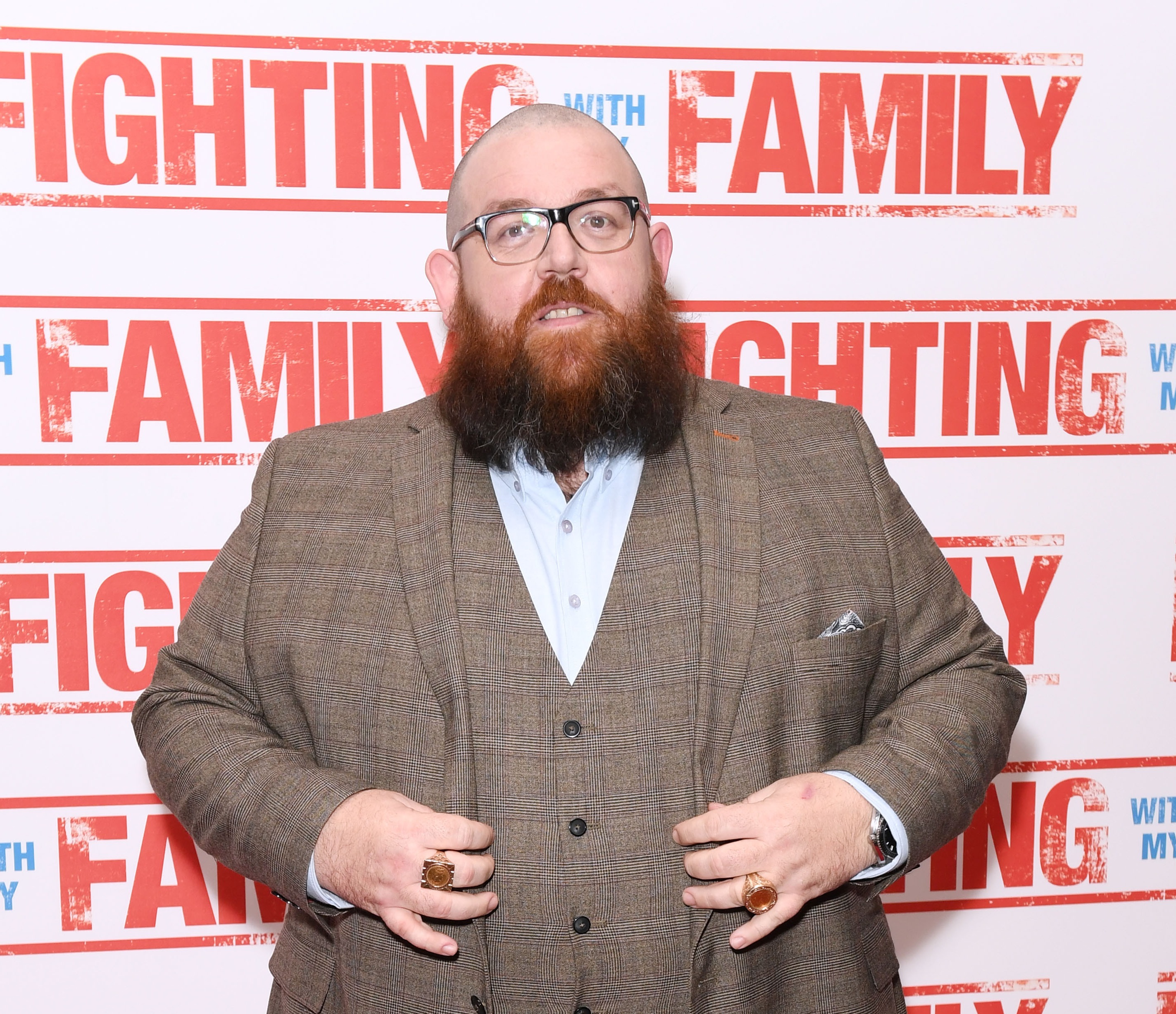 AS a family favourite cartoon in the Seventies, there was understandably a lot of hype when the Captain Pugwash movie was announced to much fanfare four years ago.

But Nick Frost, who was cast as the lead pirate in the live-action movie, says it won’t be happening.

The Shaun Of The Dead star said: “Forget it, it will never be made. I was as excited as anyone that there was a chance of a Pugwash film and it looked great and the script was good and they were gonna do it all, build a ship, but it just went away. 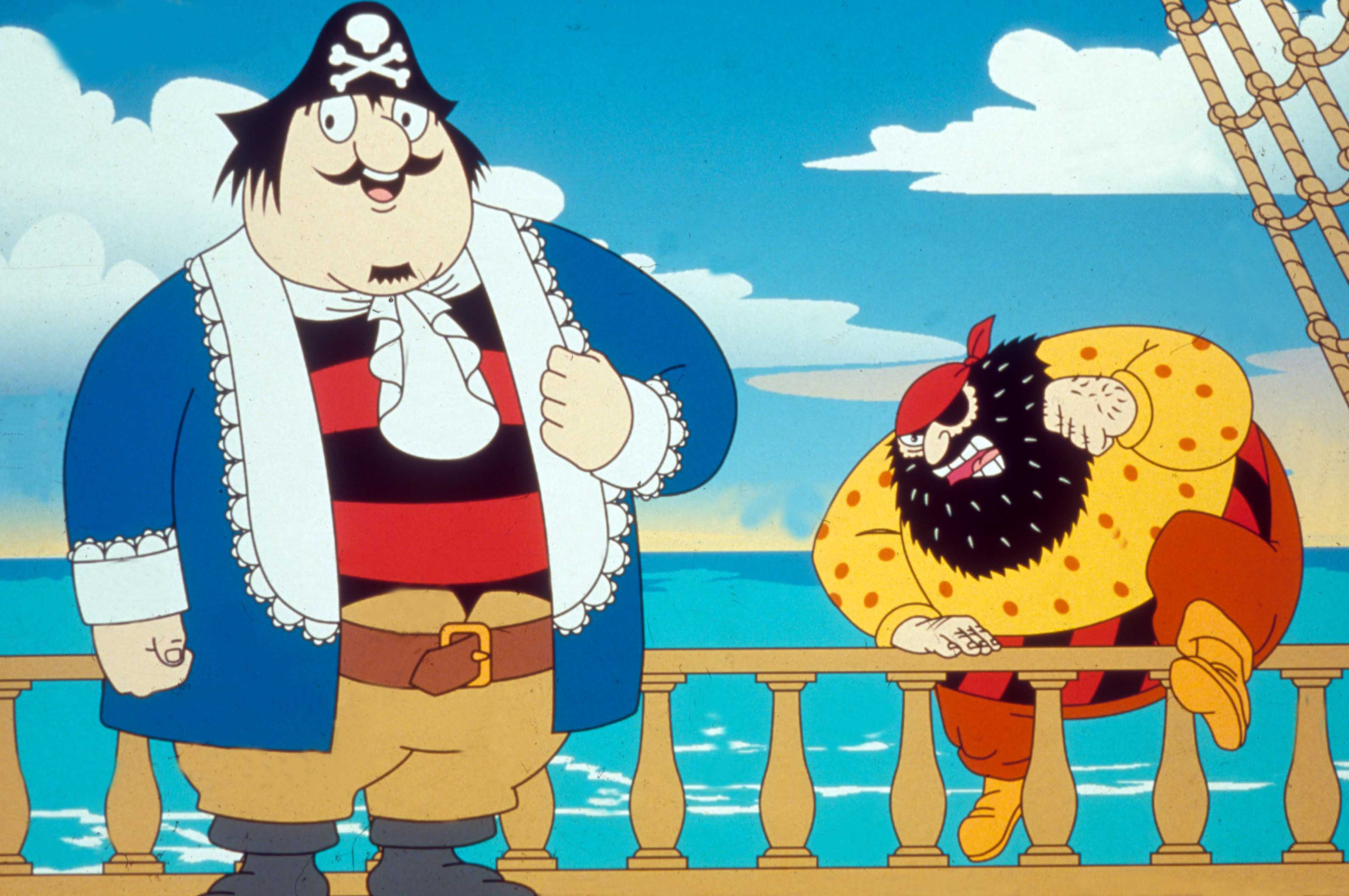 “I think the money was coming from the Far East.

“You’re not gonna spend £80million on a film on a character nobody really knows about in China.”

Talking of money, he also told the Celebrity Catch Up: Life After That Thing I Did podcast: “I got offered a part in Star Wars but the pay is rubbish. 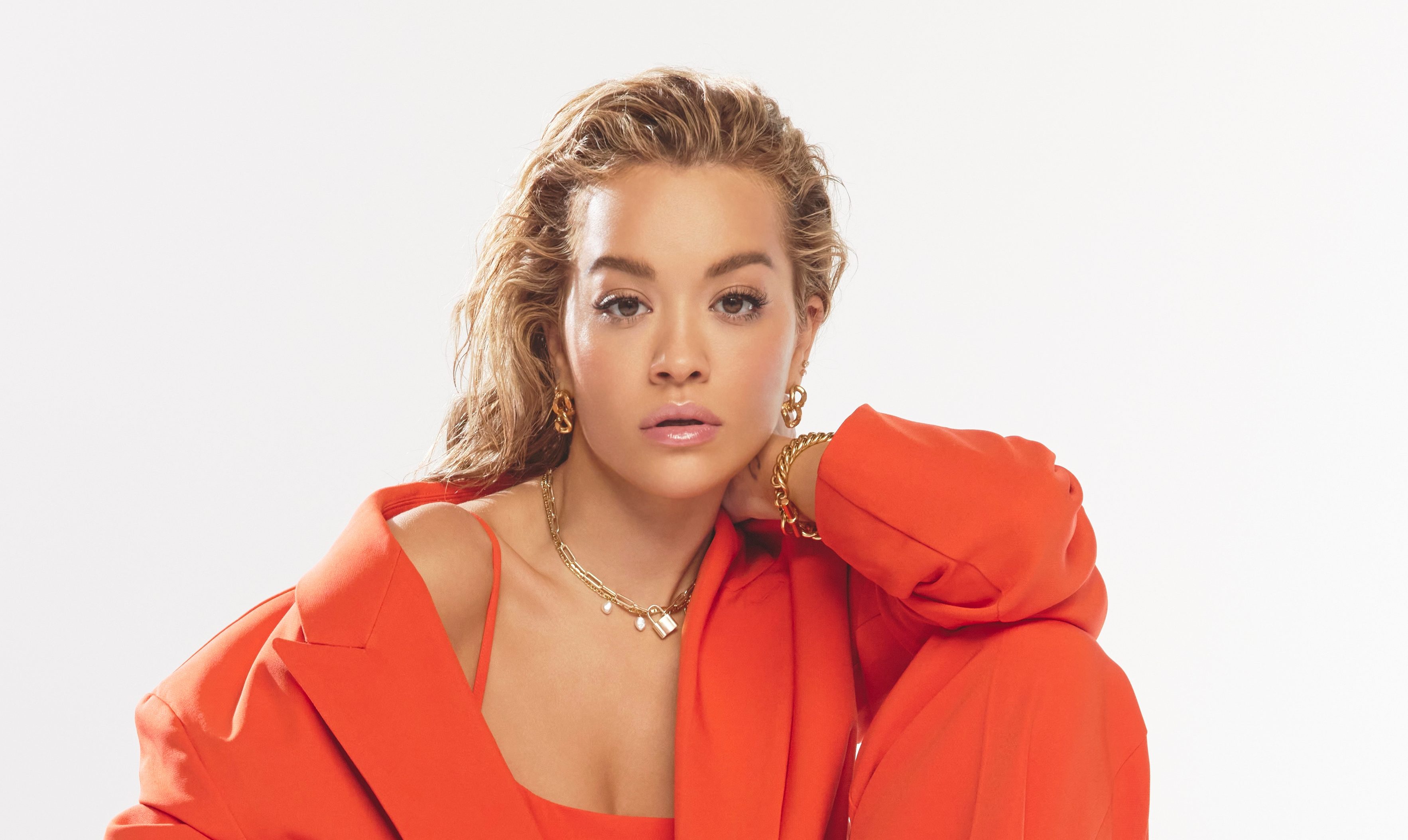 RITA ORA is catching the attention of blokes Down Under, with Aussie tennis player Nick Kyrgios believed to have DM’d her after she flew to Sydney to work on The Voice Australia.

She split from boyfriend Romain Gavras shortly before flying out. 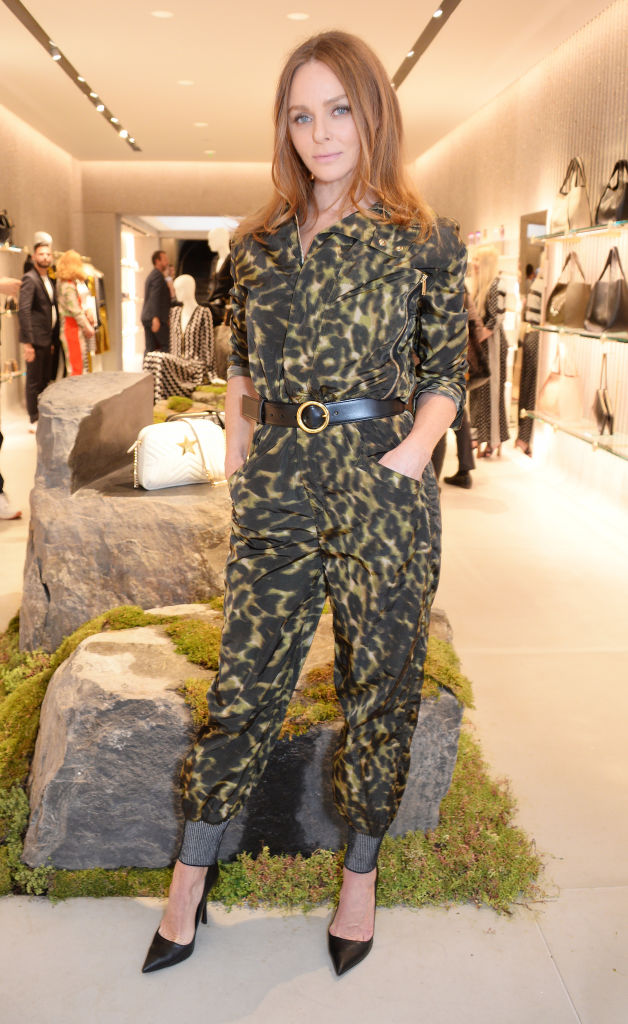 SIR PAUL McCARTNEY’s career is still going from strength to strength, scoring his seventh solo No1 album in December.

But the same can’t be said for his daughter Stella’s business.

It means the firm now has debts of £40million, yet Stella still paid herself a dividend of almost £2.5million

In April, she joined a number of millionaire celebs who used taxpayer cash to furlough their workers, four months after she banked the sum. Despite her own big pay day, 2020’s figures are set to be even gloomier, given her flagship shop and other stockists were closed for much of the year.

Official paperwork confirmed: “During the year payments were made to Stella McCartney of £2,440,555 for Directors’ emoluments and dividends.” 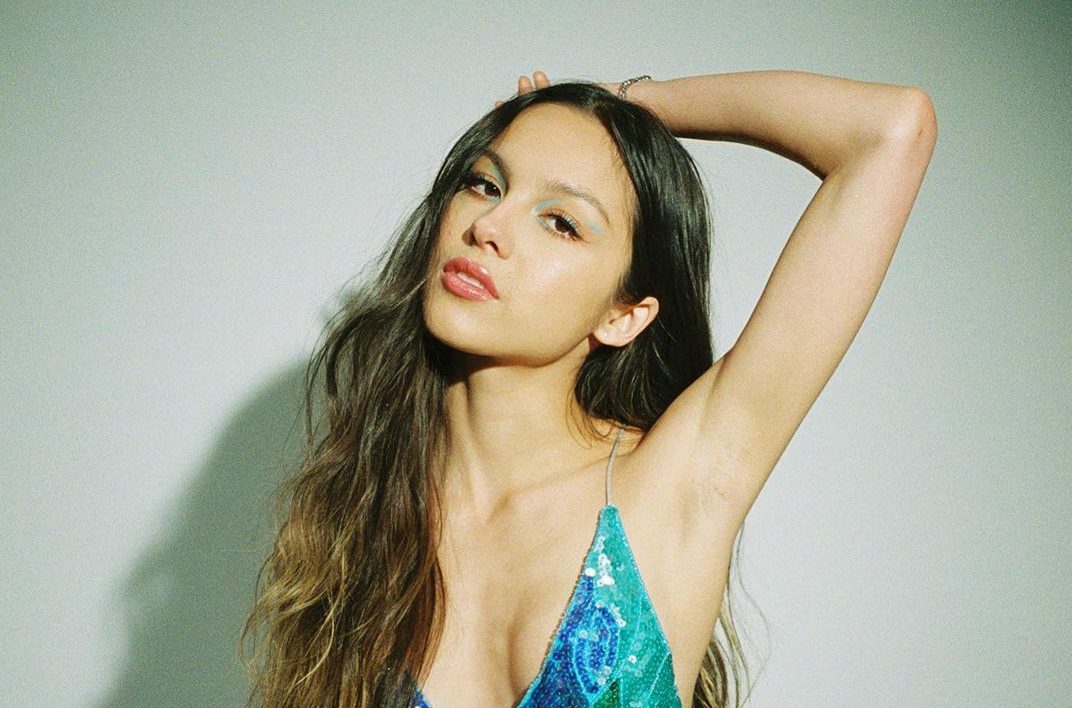 THE release date for the new Fast & Furious film, F9, has been pushed back for a third time and will now be out on June 25. And the latest Despicable Me film, Minions: The Rise of Gru, has been delayed until July 1, 2022.

There is some good news. A Quiet Place II, due out last year, will now be released on May 28 instead of in September.