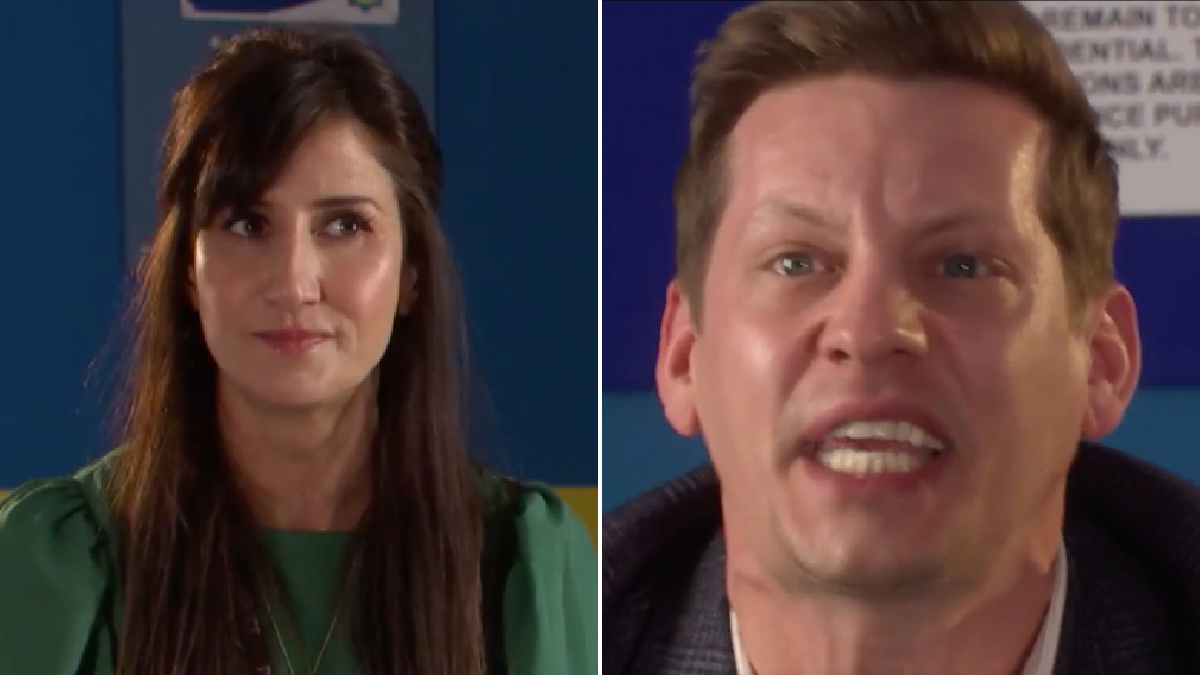 George paid the ultimate price for his sins in last night’s edition of the Channel 4 soap, as one vengeful villager sought revenge and clobbered him over the head with a bookend.

News of the copper’s demise spread around the village last wildfire in tonight’s episode, and when John Paul discovered that his fiancé was dead, he was utterly heartbroken.

The teacher’s attention was soon diverted elsewhere, however, as DS Cohen (Ariana Fraval) arrived at the pub to investigate her colleague’s demise – and she made a beeline for John Paul.

John Paul soon came to believe that he was responsible for George’s murder, after he hit him over the head in the previous episode, but upon being cross-examined by Cohen, the young man learned that the murder weapon was, in fact, the missing bookend.

John Paul was relieved, but little did he know that the nightmare was just beginning.

You see, DS Cohen started twisting things, and questioned if John Paul might have been responsible for George’s murder.

John Paul professed his innocence, but it was simply no use, as DS Cohen arrested him on suspicion of the copper’s killing.

Is John Paul the killer? Or is someone else responsible?

Either way, will the teacher be serving time behind bars for the crime?