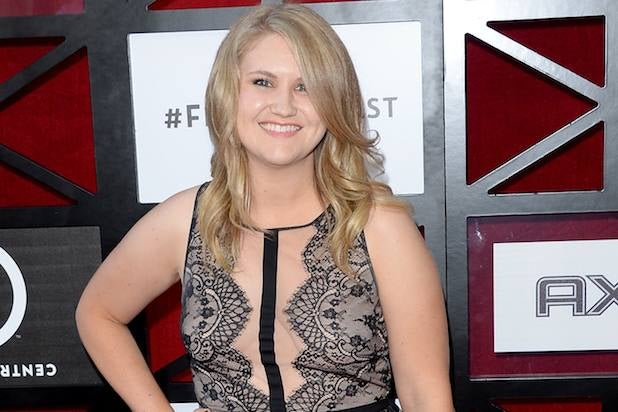 Jillian Bell is the latest to join what has become an impressively stacked cast for Keanu Reeves and Alex Winter’s reunion in “Bill & Ted Face the Music,” it was announced Tuesday.

“Bill & Ted Face the Music” is the third film in the cult, ’80s teen franchise about two time-traveling buddies in California. This year marks the 30th anniversary of the original film, “Bill & Ted’s Excellent Adventure,” and the reunion film picks up with the now middle-aged Bill & Ted as they’ve yet to fulfill their rock and roll destiny to bring peace to the world. The two best friends then embark on a new journey with the help of their daughters, old friends and a new batch of historical figures, as well as a few music legends.

Dean Parisot is directing from a screenplay by Chris Matheson and Ed Solomon. “Bill & Ted Face The Music” will be produced by Scott Kroopf alongside Alex Lebovici and Steve Ponce on behalf of Hammerstone Studios. Steven Soderbergh, R. Scott Reid, John Ryan Jr., Scott Fischer and John Santilli are serving as executive producers.

David Haring is financing along with Patrick W. Dugan of Dugan Entertainment. Orion Pictures will release the film through United Artists Releasing on Aug. 21, 2020. Endeavor Content is handling international sales for the title.

Bell has a starring role in the upcoming indie comedy “Brittany Runs a Marathon,” which she also executive produced. She also lends her voice to the Fox animated series “Bless the Harts,” which premieres this fall. Bell was last seen as the co-creator of the Comedy Central series “Idiotsitter,” and she’s also appeared in “Workaholics,” “Eastbound & Down” and “Rough Night.”

Bell is represented by UTA and 3 Arts.