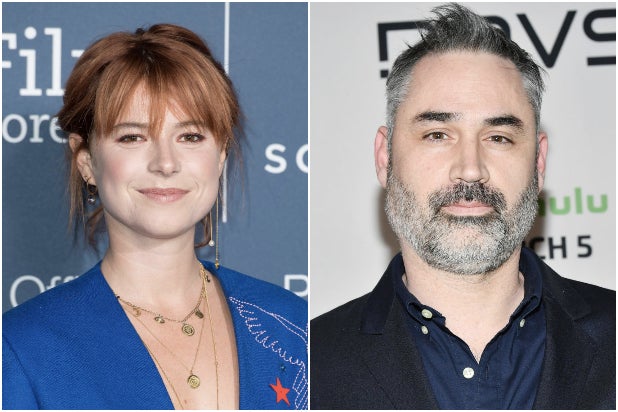 Jessie Buckley, star of “Fargo” and “I’m Thinking of Ending Things,” is in talks to join the cast of the next film from “Ex Machina” director Alex Garland, which is set up at A24 in the director’s return to the distributor, an individual with knowledge of the project told TheWrap.

Buckley’s deal has not yet closed, but she would star alongside Rory Kinnear in a film about a young woman who goes on a vacation alone to the English countryside after her ex-husband dies.

Buckley broke out in the music biopic “Wild Rose” and starred in Charlie Kaufman’s film for Netflix “I’m Thinking of Ending Things.” She’s also known for her work on the FX series “Fargo” and will next be seen in Maggie Gyllenhaal’s “The Lost Daughter.”

“Men” would be Garland’s third feature film after “Ex Machina” with A24 and 2018’s “Annihilation” at Paramount. He most recently was the creator of the FX miniseries “Devs.”

Kinnear most recently was in “Penny Dreadful: City of Angels” and will next be seen in “No Time to Die.”

01/06/2021 TV & Movies Comments Off on Jessie Buckley in Talks to Star in Alex Garland's 'Men' at A24
Recent Posts
We and our partners use cookies on this site to improve our service, perform analytics, personalize advertising, measure advertising performance, and remember website preferences.Ok