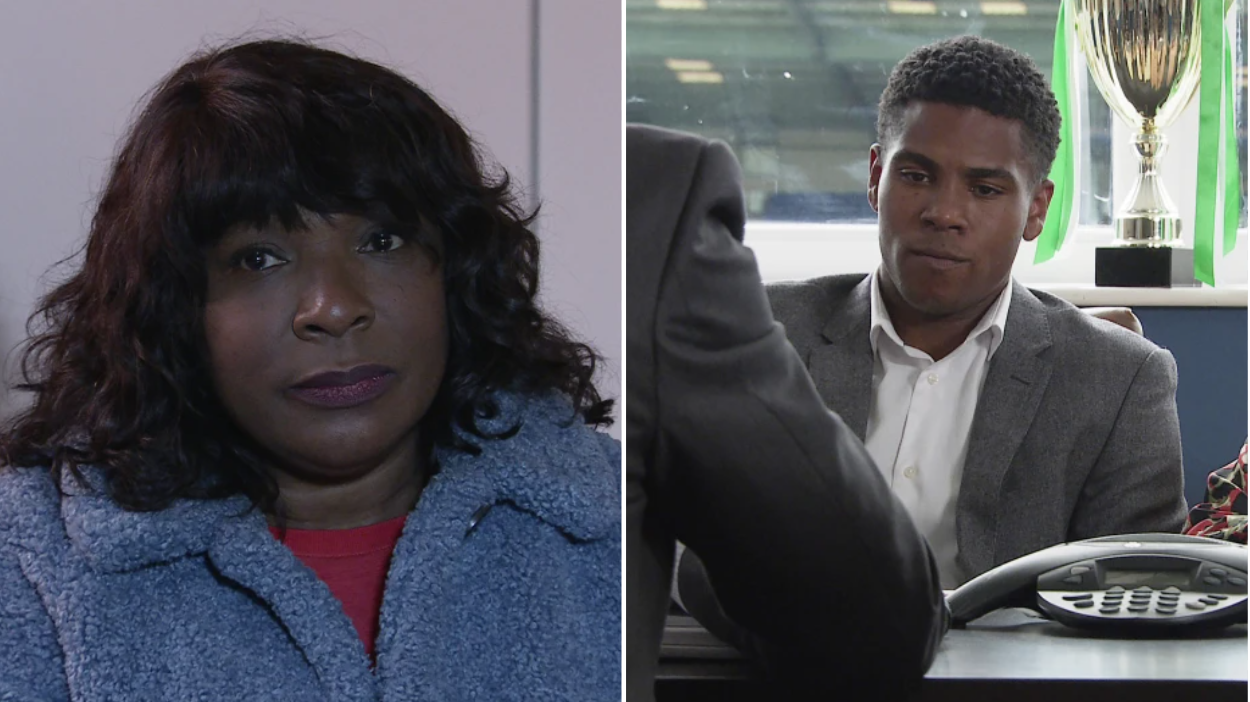 Recent episodes of Coronation Street saw James (Nathan Graham) collapse on the pitch at the charity football match and receive the devastating news that he may not be able to play football professionally again.

James was understandably crushed by this revelation and will continue to struggle with it in upcoming episodes.

The news came after James’ heart stopped and brother Michael (Ryan Russell) was forced to administer CPR until paramedics arrived.

After spending the night in hospital, he was diagnosed with a condition called cardiomyopathy and told that he must have an ICD fitted to prevent anymore cardiac arrests.

When he is allowed to go home, James struggles to get used to his new way of life.

Confiding in Aggie (Lorna Laidlaw) that he feels his career is over, he drops a bombshell that leaves her shocked.

When Ed (Trevor Michael Georges) and Michael here about his plans, they are also taken aback, and warn him not to make any rash decisions.

What is James planning that will leave his family so worried?