James Bond’s romantic interest Honey Ryder arrived on screen in nothing but a (now iconic) white bikini, emerging from the sea in a memorable scene from Dr. No. In the scene, actress Ursula Andress earned her stripes as he first ‘Bond Girl’, despite the fact she actually came subsequent to his initial conquest Sylvia Trench (played by Eunice Gayson). Walking soaking wet out of the ocean, Ryder — a shell diver — also sported a large diving knife strapped to her hip.

The scene went down in Bond history and is widely regarded as one of the sexiest film entrances ever.

Pictures from the set and the movie show Andress parading her incredible figure on the beach dressed in white swimwear.

Andress was born in Switzerland to German parents in 1936.

She began her film career in Italian movies before being spotted by a Hollywood executive who encouraged her to make a go of it across the pond. 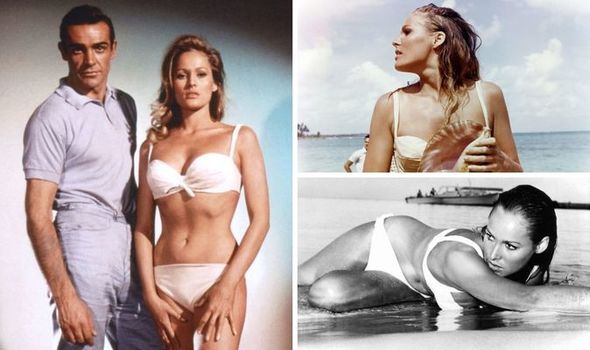 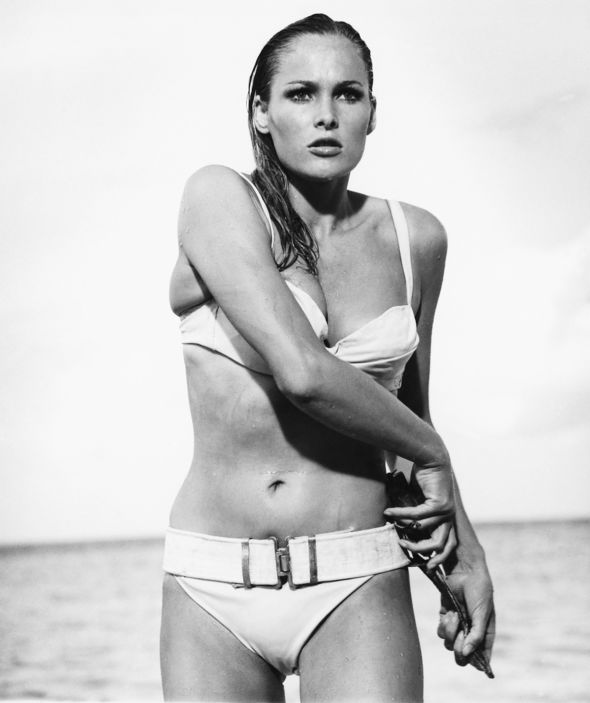 Playing Ryder, she launched herself to superstardom and cemented her place as one of Hollywood’s greatest pin-ups.

In an interview with the Sunday Post, Address later said she owed her career to that iconic bikini.

“It was a big moment for me,” she said. “I think that simple bikini made a complete difference to my career.

“It made me into a success. I had made a few movies before then but nothing had the impact of that scene in Dr. No. 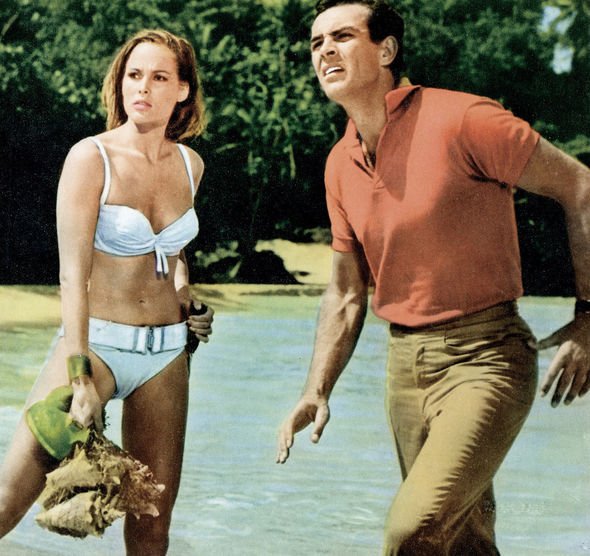 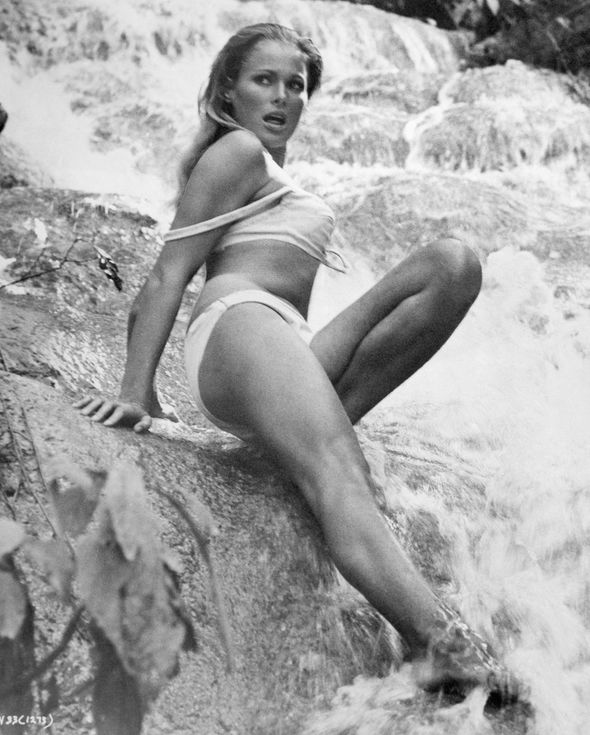 “After being the first Bond girl, I had offer after offer and could take my pick of the roles that were around,” she continued.

“It’s a mystery. All I did was wear this bikini in Dr. No — not even a small one — and whoosh! Overnight, I made it.

“It have me financial independence and changed my life completely.”

James Bond: Daniel Craig to return AGAIN after No Time To Die? [ODDS]

Andress followed her Bond appearance with a starring role opposite Elvis Presley in Fun in Acapulco.

Her other films include 4 for Texas and Two for Texas as well as Hammer Films’ She.

In 2003, her Dr. No entrance was voted number one on the 100 Greatest Sexy Moments in a survey conducted by Channel 4.

The 25th Bond movie will be released later this year after being delayed seven months due to the coronavirus outbreak.

No Time To Die marks Daniel Craig’s fifth and final film in the role, making him the longest-serving Bond in history.

The upcoming film will see 007 retired from active service and leading a quiet life in Jamaica before he gets a visit from old friend and CIA agent Jeffrey Leiter (played by Jeffrey Wright).

Soon, Bond is back in business on the hunt for a mysterious villain who’s armed with a dangerous new technology.

No Time To Die is released in UK cinemas November 12.

04/03/2020 TV & Movies Comments Off on James Bond: First ever Bond Girl Ursula Andress’ SEXIEST bikini pics from Dr No
Recent Posts
We and our partners use cookies on this site to improve our service, perform analytics, personalize advertising, measure advertising performance, and remember website preferences.Ok