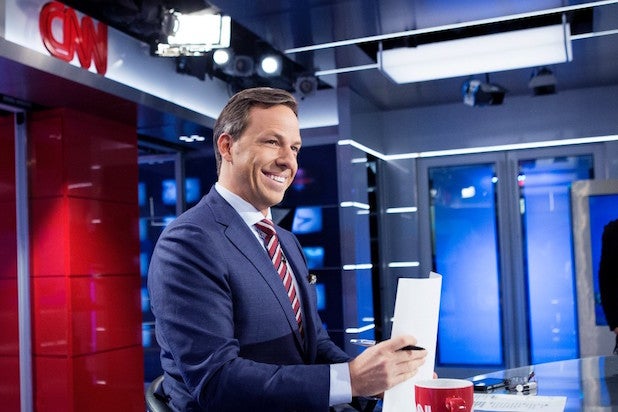 With an even larger load to shoulder heading into the Biden Administration years, Tapper will get some help from Dana Bash on Sundays. The two will co-anchor “State of the Union” together.

Beginning on Jan. 24, the pair will each anchor the show, now called “State of the Union with Jake Tapper and Dana Bash,” two Sundays per month. Bash is still CNN’s chief political correspondent.

Additionally Abby Phillip will become the anchor of “Inside Politics Sunday” which runs from 8-9 a.m. ET. John King will continue to host the weekday version of that program.

Jim Acosta has been named anchor and chief domestic correspondent. We’ll learn more about his weekend-anchoring duties in the coming weeks, CNN said.

Pamela Brown is becoming the anchor of “CNN Newsroom” on Saturdays and Sundays from 6-9 p.m. ET, beginning on Jan. 23. She is a senior Washington correspondent.

Ahead of Joe Biden’s inauguration, CNN also announced several new assignments for its White House and Congressional correspondents. The below are effective on Jan. 20, which is inauguration day.

Arlette Saenz, Jeremy Diamond, John Harwood, MJ Lee and Kate Bennett will all be correspondents covering the White House. Kevin Liptak and Jasmine Wright will join them at the White House as reporters.

Jeff Zeleny has been named chief national affairs correspondent and will also cover the first year of the Biden White House.