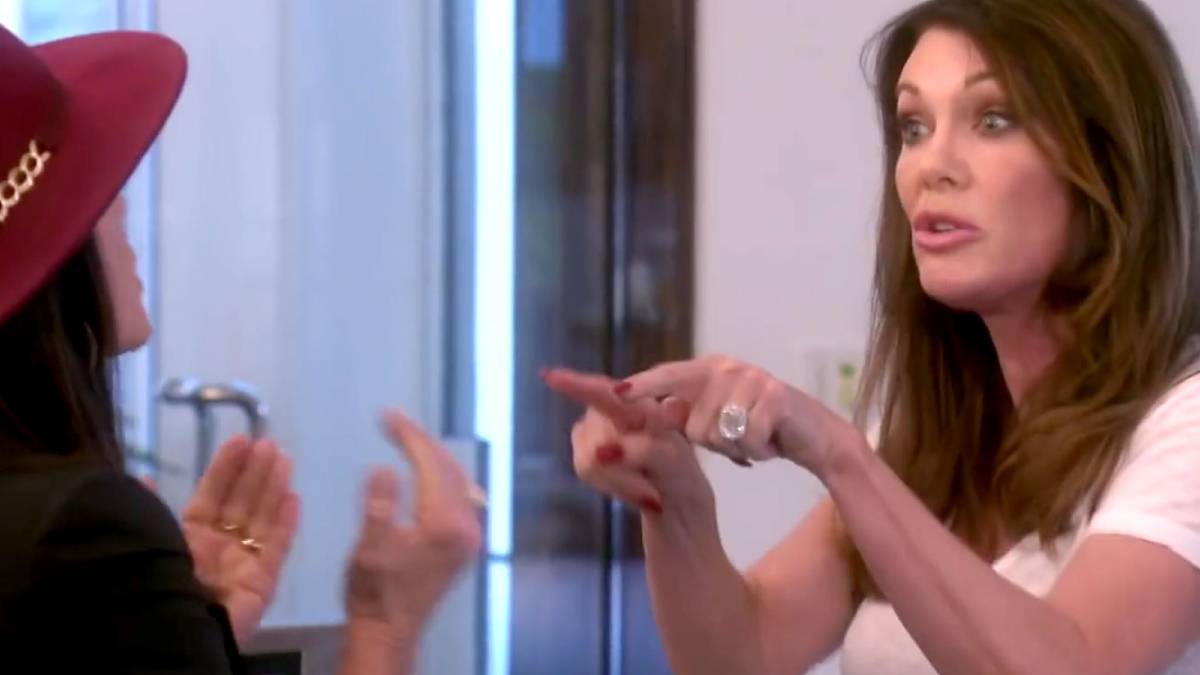 Lisa Vanderpump revealed that she is open to the possibility of rekindling her friendship with Real Housewives of Beverly Hills star Kyle Richards.

Lisa opened up about her former best friend during an episode of her podcast All Things Vanderpump.

During the episode, she explained that she believes that anything is possible.

“I am an advocate for saying, ‘Who knows?’ Because I always said I would never do a reality show but here I am, 400 episodes later,” she said of her friendship with Kyle.

Lisa then reminisced about her friendship with Kyle and why she ultimately chose to end it.

“We had a unique chemistry and we did have a lot of fun together,” Lisa added. “But I think it was quite a few seasons that she really, she’d always say, ‘Oh I do think she’s guilty but I love her.’ And what kind of friendship is that?”

As Lisa put it, the two still aren’t on speaking terms – for now.

How Kyle feels about Lisa

Kyle revealed in April that things were still awkward between her and Lisa.

“I bumped into her again. I’ve seen her twice in Neiman Marcus. The second time I saw her she didn’t see me and I sort of hid to be honest,” she recalled during an episode of Watch What Happens Live (via Bravo’s The Daily Dish).

She then explained that the most interaction she has had with Lisa since their friendship fell apart was when they were sat next to each other at a restaurant.

“They sat us right next to each other. And I said to the hostess, ‘Really? Really?’ So I said hello and, to be honest, she was short,” she added.

However, Lisa’s husband Ken was willing to be more friendly.

“And then Ken came up after and I stood up and I gave him a hug,” she continued. “And he said, ‘Why are you giving me a hug? I kicked you out of our home.’ And I said, ‘I can still give you a hug, Ken.’ Because I do care about them. But that was the last time I saw them. And I haven’t seen them since or heard from them.”

What ended their friendship

Kyle went to Lisa’s house to address the Puppygate rumors. She told Lisa that she and the rest of the women thought she leaked a story about Dorit Kemsley adopting one of her puppies to Radar Online.

Lisa continued to deny the rumors. When she asked Kyle if she could believe her, Kyle admitted that she thought Lisa was lying. Ken and Lisa then threw her out of their house, ending Lisa and Kyle’s friendship.

The Real Housewives of Beverly Hills is currently on hiatus at Bravo.

11/18/2020 TV & Movies Comments Off on Is Lisa Vanderpump ready to repair her friendship with Kyle Richards?
Recent Posts
We and our partners use cookies on this site to improve our service, perform analytics, personalize advertising, measure advertising performance, and remember website preferences.Ok