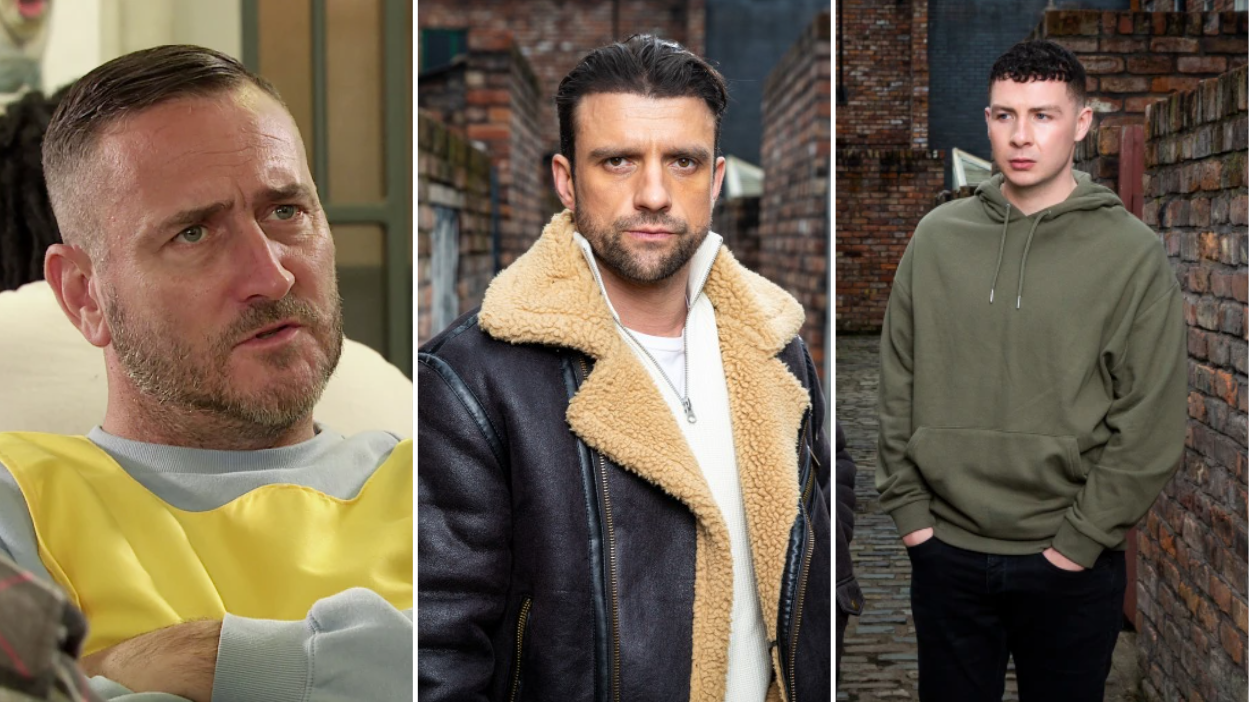 Sam Blakeman (Jude Riordan) headed to the prison in Coronation Street tonight, ready to grill Harvey Gaskell (Will Mellor) – the man who murdered his mum.

With Sam at the centre of this meeting, it was never going to be chaotic and pointless. The young lad sat down with a photo of Natasha in his pocket and some questions on a clipboard after reading about restorative justice.

Ultimately, Sam had one question at the forefront of his mind – why did Harvey kill his mum? He wasn’t going to continuously ask this outright; Sam was going to get what he wanted by learning more about Harvey’s state of mind.

He began by wondering if Harvey regretted killing Natasha, and whether his mum was the first life he had taken.

Harvey was cocky and arrogant in this moment – he was being the evil drug lord we had gotten to know over the past year. As the meeting got underway, Harvey was in complete control.

And then the roles were reversed.

Sam started asking Harvey about his childhood, curious as to whether he killed any animals and backed up his comment with statistics about children being cruel to their pet or a wild animal and then going on to be murderers.

Harvey told Sam that his past never involved killing so the smart boy turned his attention to the drug lord’s family – which made our ears prick up.

As well as revealing his mum and dad are both dead, Harvey also told Sam, Nick (Ben Price) and Karis that he has a brother.

The relationship between Harvey and his sibling was described as a love/hate one and that right now, Harvey doesn’t know where his brother is…but maybe we do?

Following the news Jacob’s (Jack James Ryan) dad, Damon (Ciaran Griffiths) will make his arrival to Weatherfield, it’s got us wondering if he may also share some sort of connection with Sam and Harvey’s storyline.

We know Jacob used to deal drugs for Harvey, and it’s already been confirmed Damon will share scenes with the likes of his son, Nick and Leanne (Jane Danson) …could Jacob share a stronger link to Harvey that he initially realised?