Friends is just as popular now as it was when it was part of the Must-See TV programming block on NBC. The Warner Bros. sitcom starring Jennifer Aniston, Courtney Cox, Lisa Kudrow, Matt LeBlanc, Matthew Perry and David Schwimmer ended its 10-season run in 2004 with over 236 episodes produced. Now thanks to streaming services, new generations are discovering the comedy which has sparked interest in a reboot. 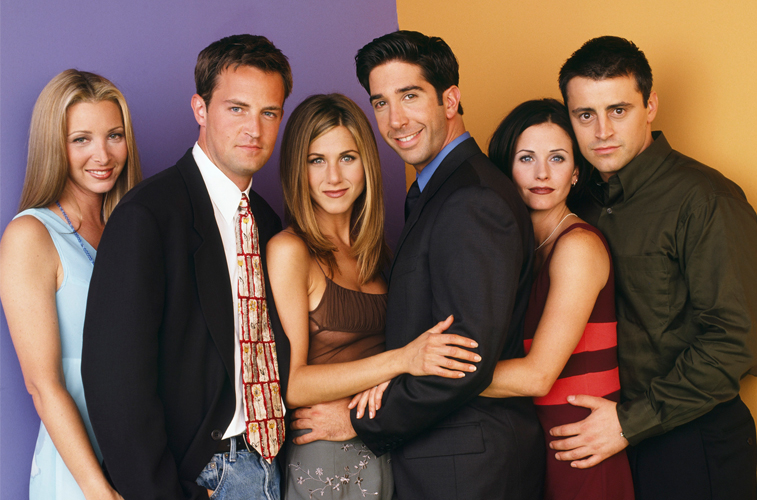 What has the cast said about a Friends remake?

Over the years cast members have been asked about a Friends reboot with Jennifer Aniston being one of the actresses that was adamant about returning to her role of Rachel Green. She recently changed her tune when she paid a visit to Ellen DeGeneres.

Schwimmer on his part didn’t sound too excited to revisit his paleontologist character.

“Well, no. I mean…. No,” he said during an appearance on The Lateish Show With Mo Gilligan about a reunion show. “I think we all feel it ended in the perfect way.”

LEGO just confirmed they will be celebrating the 25th anniversary of Friends with a Central Perk Set inspired by the coffee house the characters visit on the show. The set consists of 1,070 pieces and includes Rachel carrying a tray and mug as she was a waitress at the shop for a couple of seasons. You’ll also find Phoebe with a guitar in hand getting ready for an acoustic performance of Smelly Cat, Joey with a slice of pizza, Chandler with a computer, Ross with his spiky hair and newspaper, Monica with suspenders on and the infamous Gunther, owner of the coffee shop.

Since all of the former cast members are busy with different projects, wouldn’t it be amazing if they rebooted the show in LEGO form? Batman did it back in 2017 with Will Arnett voicing the character. The Friends cast would only have to lend their voices to the movie while the artists work on the animation. Each of the castmates will be able to record their voices at their own time and wouldn’t have to be together at once to make it all happen.

A Friends LEGO Movie would surely be a smash in the box office with all the fans of the show, but unfortunately, as of right now there are no real talks that this is even an idea with movie producers.

Nostalgia for Friends is at an all-time high with many taking advantage of the show’s popularity on Netflix. Pottery Barn just launched a limited run of items inspired by the comedy show with the infamous apothecary table featured. A pop-up in New York City is coming in September that will let fans walk through different rooms inspired by each of the fictional characters.

“It’s been nearly 25 years since Friends premiered, but the fascination and universal appeal of the hit TV series lives on with fans of all ages,” Peter van Roden, senior vice president of global themed entertainment for Warner Bros. Consumer Products, said in a statement about the immersive experience. “As we celebrate the show’s milestone anniversary, we are excited to bring the Friends experience to life for our fans in a way that pays homage to the remarkable cast of characters, iconic sets and instantly quotable moments.”

The Coffee Bean is also celebrating the show with a line of drinks inspired by the sitcom that ran for 10 seasons on the NBC network. They’ll have drinks like The Phoebe (cookies and cream ice blended drink), The Joey (mango cold brew tea), The Chandler (carmel coconut latte), The Rachel (matcha latte), The Ross (classic flat white) and The Monica (midnight mocha cold brew).