DANCING on Ice star Amy Tinkler showed off her posh pad that could easily be mistaken for a hotel.

The 21-year-old Olympic gymnast made her first appearance on the ITV skating competition on Sunday night. 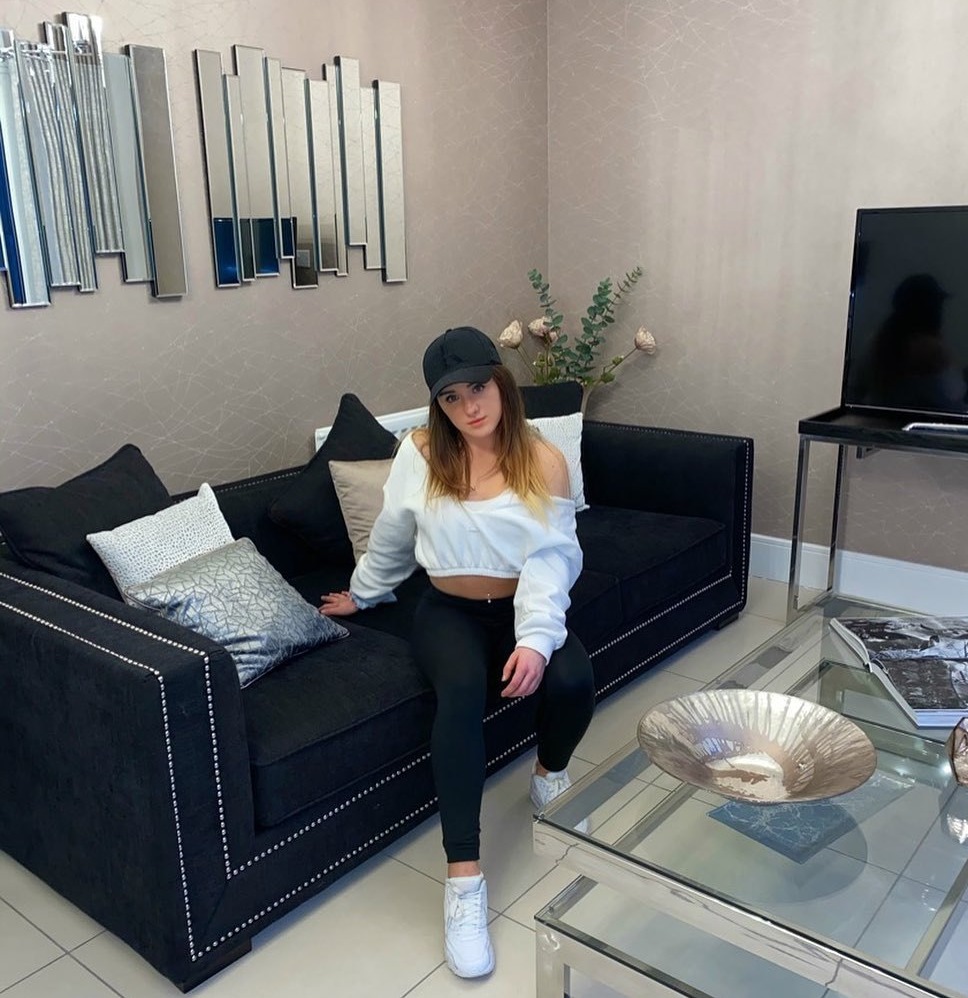 The sport star has now been tipped to win Dancing On Ice after presenter Denise Van Outen was forced to pull out after she fractured her shoulder in three places.

Despite having very little time to prepare for her first performance, the athlete and pro-skater partner Joe Johnson managed to bag themselves an impressive 21 points with their impressive routine for Musical Week.

The athlete can unwind from training in her luxury pad complete with trendy furniture and a modern kitchen. 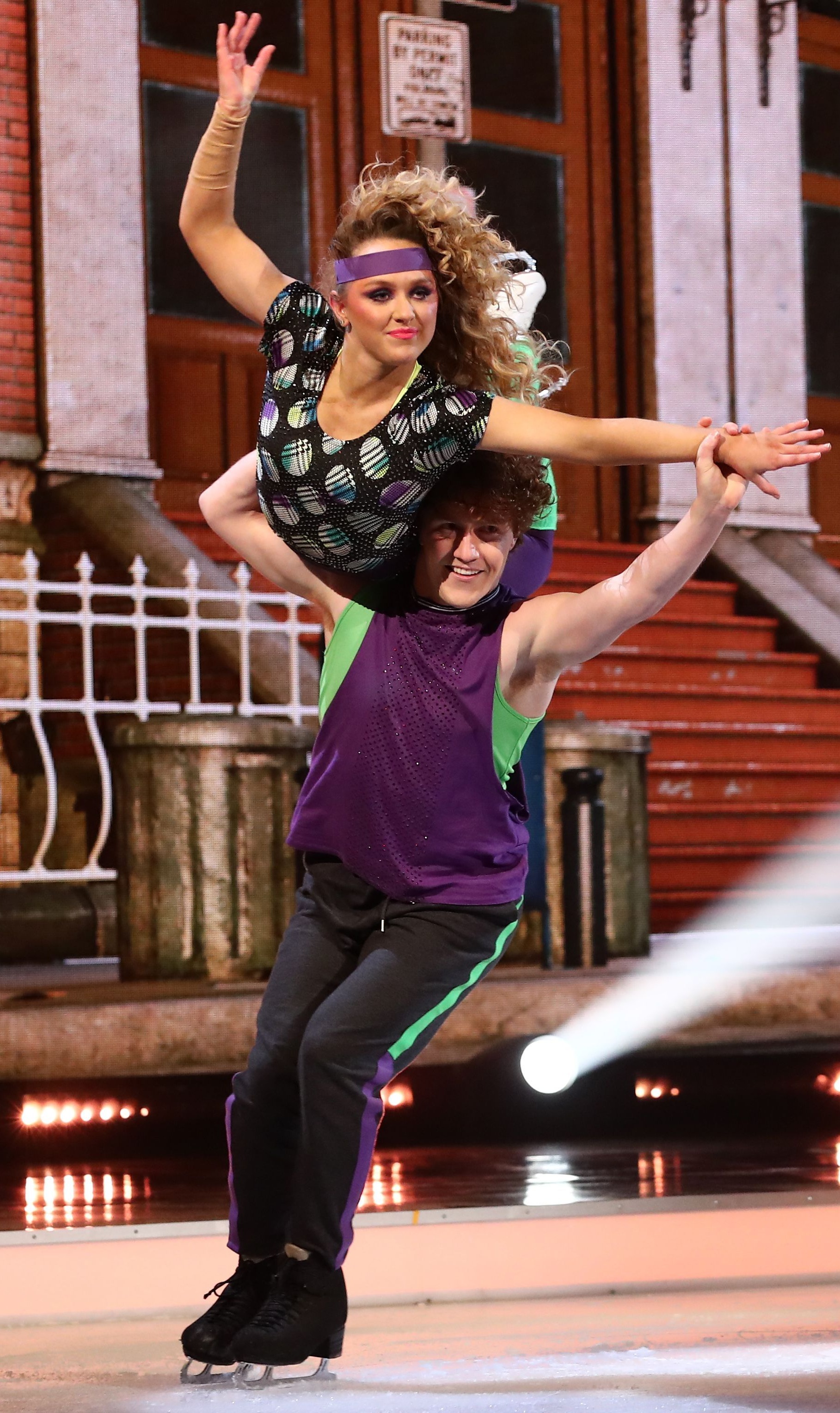 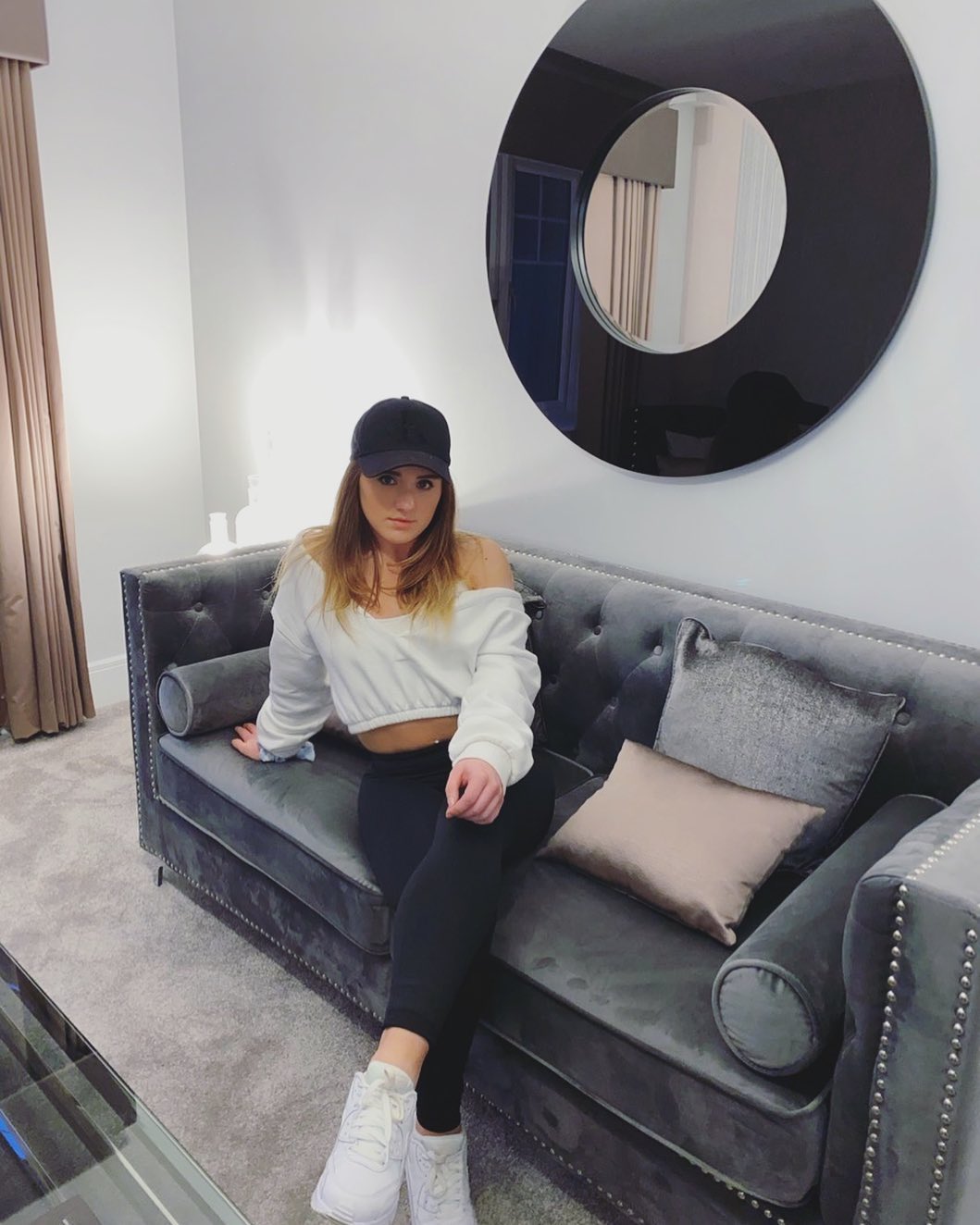 Amy – who won a bronze medal on the floor at the 2016 Olympics and was also crowned British all-round champion in 2015 – can relax in her plush living room with huge sofas, a large mirror and swanky coffee tables.

The skating star has carefully decorated her home with art on the wall and personal assets including a large bowl and multiple cushions.

The star recently celebrated Christmas with her parents and her adorable pooch, who she recently referred to as her "best friend".

The young Olympian can enjoy her beauty sleep in her cosy bedroom decorated with silver and pink tones. 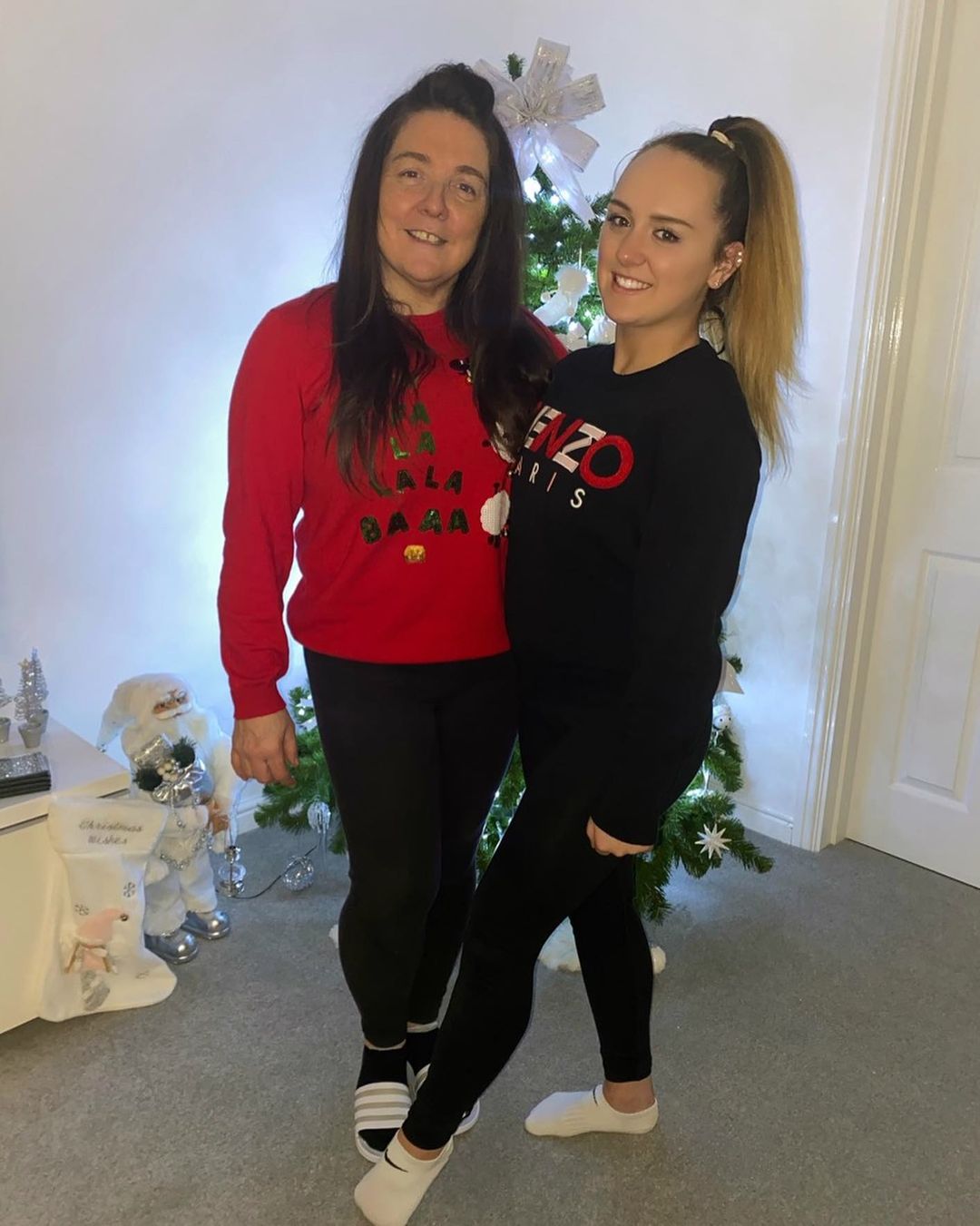 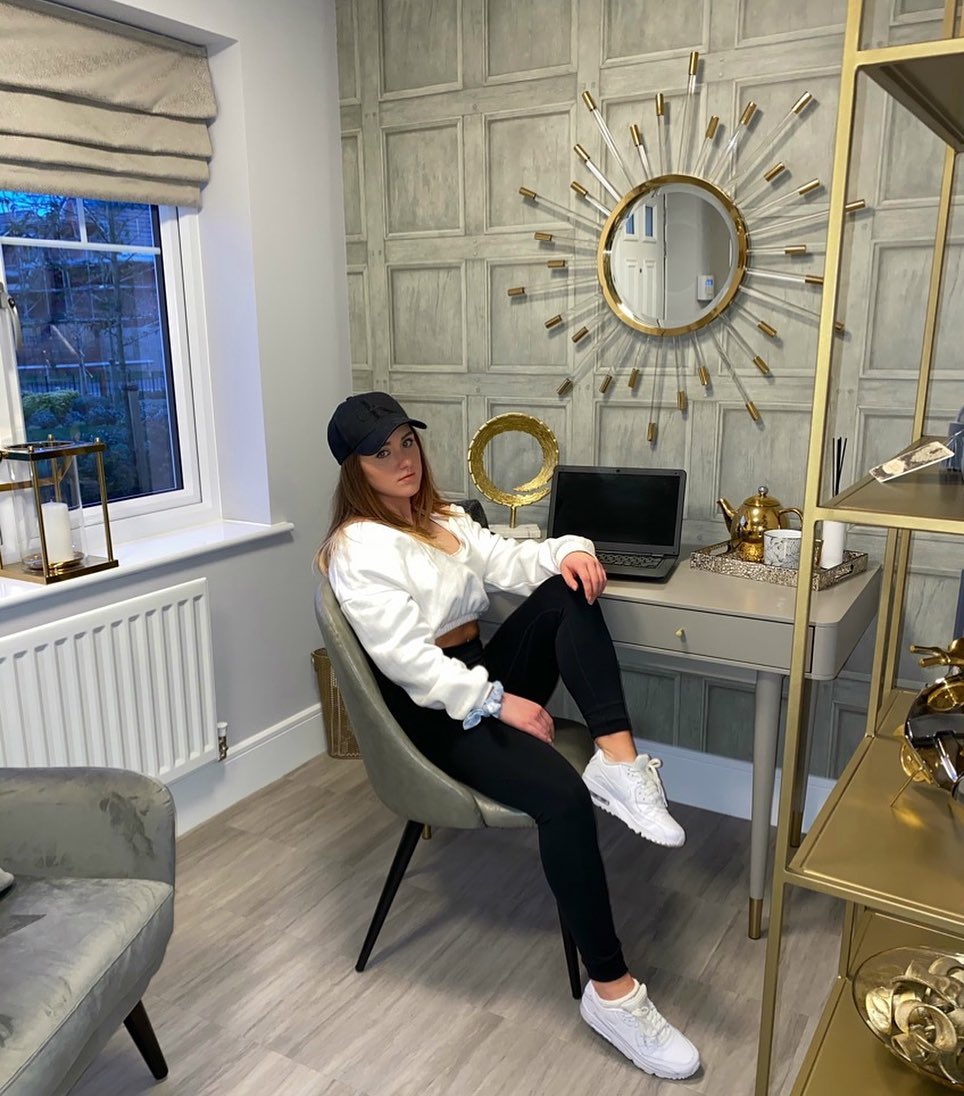 She shared a snap, writing: "Social Distancing Got Me Having Tea Parties For One🧁."

The dancing star can cook up a storm in her luxury kitchen boasting of a huge marble dining table, plush quilted dinner chairs and a stunning kitchen island light.

The star often shares clips of her working out showing off her incredible physique.

Amy regularly practises her gymnastic moves in her garden showing off her high kicks and back flips. 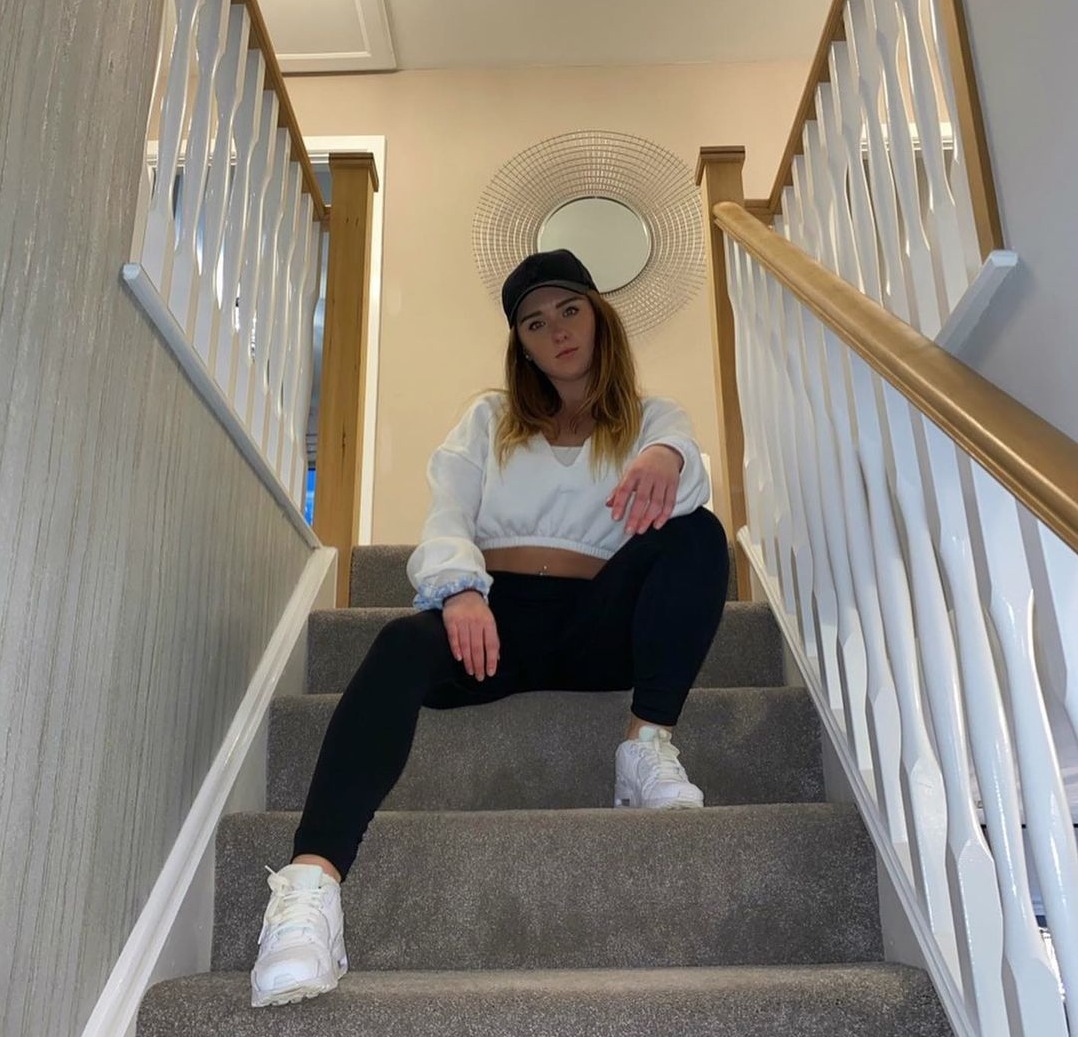 The neutral décor continues into the hallway and her study where she has a feature wall with a quirky mirror resembling sunbeams.

The room is complete with grey velvet chairs, a gold shelf and a contemporary desk.

The star wrote: "Social distancing got me like 🤨 #corona."

The newbie received 7.5 from John Barrowman, 7 from both Ashley Banjo and Christopher Dean, but only scored a measly 6.5 from Jayne Torvill. 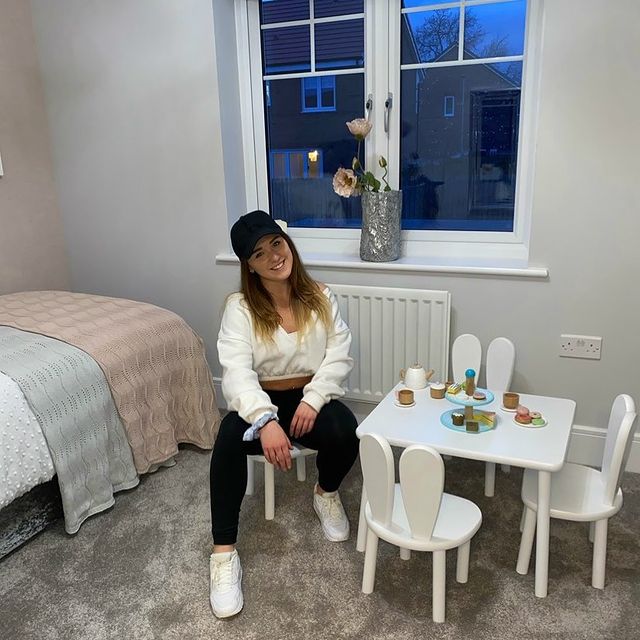 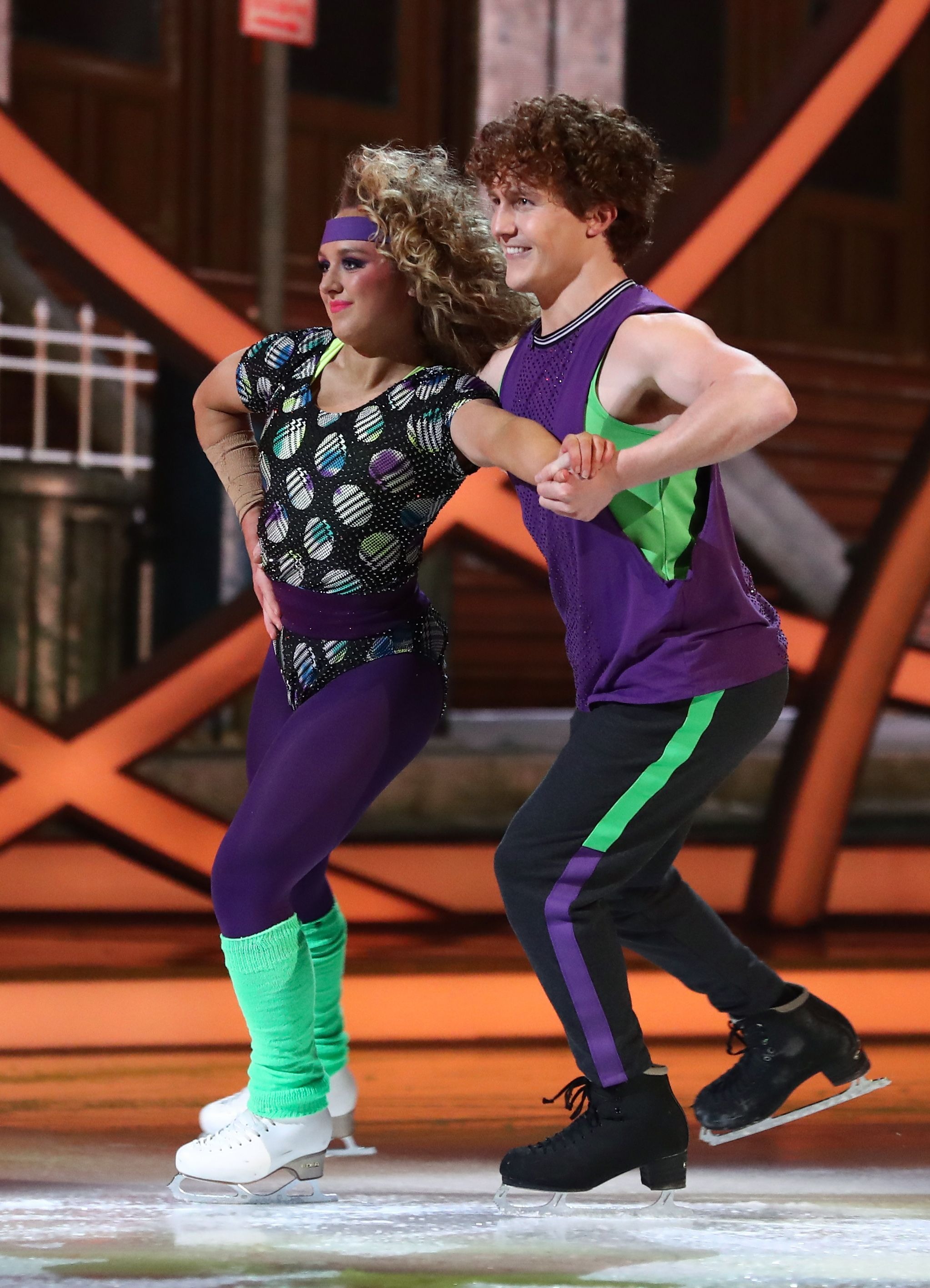 Many fans took to Twitter to praise Amy for her outstanding performance and think that she could be the dark horse of the competition.

One wrote: "Cannot wait for Amy Tinkler to pull a Kelvin and win this being a reserve choice. #DancingOnIce#DoI."

Another said: "Amy Tinkler knocking it out of the park for me with that pairs spin on her debut! All feels a bit undermarked from where I'm sitting, though I don't like to disagree with Torvill and Dean! #DancingOnIce."

A third tweeted: "Amy is a fab edition to the show! Hope she goes far #dancingonice Great first performance." 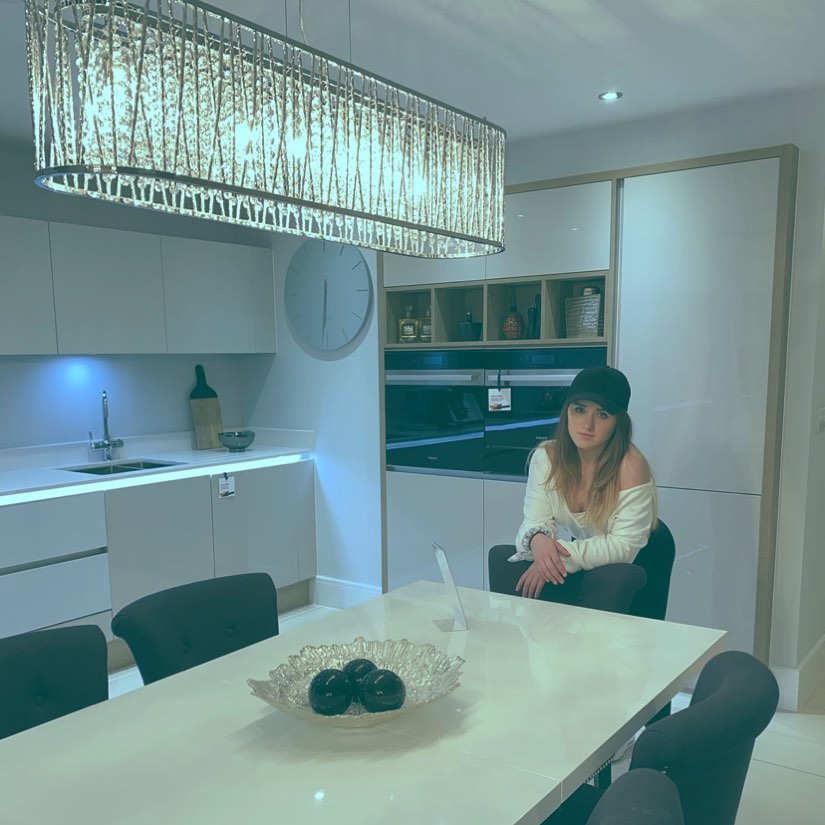 A fourth chimed in: "Well Amy and Joe arrived with a bang! Awesome! #dancingonice#doi."

Denise, who dislocated her shoulder last month while training and fractured it in three places, decided to call it a day because of the unbearable pain.

The accident also left the West End performer terrified of falling again on the ice, but put on a brave face on Sunday and returned to the ice to cheer on her fellow celebrities.