No actor is as closely associated with an onscreen comic book character quite like Hugh Jackman is with Wolverine. He began playing the character in 2000’s X-Men and culminated with a masterful performance in the poignant, beautiful swan song that was Logan. In between, Jackman portrayed Wolverine in nearly all the X-Men films.

Now that he’s free of Wolverine, Jackman is something of a “free agent” when it comes to comic book movies. Some fans on Reddit said they wouldn’t mind seeing Jackman return to Marvel as a new character in the MCU.

Let’s take a look at some MCU characters that have yet to be introduced that Jackman could potentially play in a future MCU film. 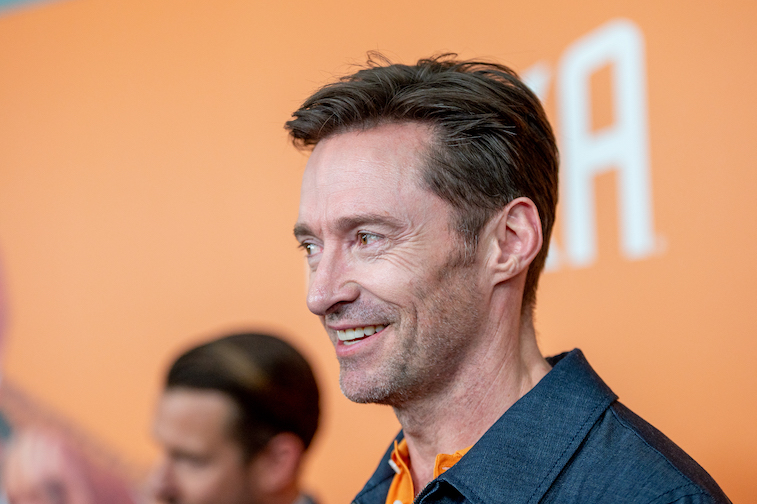 RELATED: Will Ryan Reynolds Convince Hugh Jackman to Reprise Wolverine For the MCU?

There’s no doubt Jackman would make a fine leader of the Fantastic Four. Reed Richards is known for being a noble genius with a streak of gray hair and an ability to bend his body like no one else. Jackman has the physicality to portray Richards’ superpower.

He could also certainly play the role of the good guy — he often plays the hero in his other films.

One of Marvel’s most powerful characters, Galactus makes Thanos’ and his villainy look like child’s play. This eater of worlds will almost certainly make an appearance in the MCU at some point.

If Marvel hasn’t already secretly cast someone, Jackman would be a great option for the role.

The character of Richard Rider, also known as Nova, will likely pop up in the MCU at some point.

The presence of the Nova Corps in the Guardians of the Galaxy series alluded to that. Jackman’s incredible physique certainly lends itself to being an interstellar hero. And who wouldn’t like to see him play off Chris Pratt’s Star-Lord or Bradley Cooper’s Rocket?

In what would be a total departure for Jackman, he could certainly fill the role of Spider-Man villain The Green Goblin. Osborn is a cunning businessman with an insane, maniacal side. Jackman’s certainly played the role of a carnival barker-type before (see The Prestige).

Plus, as Spider-Man’s greatest villain and one of the top heels in Marvel’s collection of characters, Osborn practically demands to be played by someone with greater stature than Spider-Man. Jackman fits that bill.

Along the same lines as Osborn, Dr. Victor von Doom is an over-the-top villain with a bit of a Shakespearean bent. Seeing Jackman chew scenery behind the Latverian bad guy’s mask would be a delight for comic book fans everywhere.

The same bravado Jackman brought to The Greatest Showman — albeit channeled in a much more evil direction — would apply nicely to this character.

Speaking of having a great physique, Jackman could also show up to play the English equivalent of Steve Rogers: Captain Britain. While he hasn’t played Wolverine in quite some time, he still has the body to pull off a character who’s taken a super-soldier serum.

The Australian actor should also have no problem pulling off a British accent.

RELATED: Hugh Jackman Finally Reveals Scarlett Johansson Is to Blame for His Feud With Ryan Reynolds

Before you wave your hand at this suggestion, consider this: Jackman’s iconic run as Wolverine should culminate — officially, at least — with his turn in the film Logan.

That said, there is one circumstance in which Jackman should return to his clawed roots: in the Deadpool franchise. Ryan Reynolds’ Merc with a Mouth has made so many fourth-wall-breaking references to Wolverine and Jackman that it would make perfect sense for Jackman to pop up in a cameo role across from him.

It wouldn’t really disrupt the continuity of the MCU, either. Deadpool almost exists as his own entity. Jackman returning for a cameo here would hardly undermine the emotional payoff of Logan. It would be a silly but appropriate way to bring back the character without taking away from his other performances.

Related posts:
06/05/2020 TV & Movies Comments Off on If Hugh Jackman Ever Made a Marvel Comeback, Who Would He Portray?
Recent Posts
We and our partners use cookies on this site to improve our service, perform analytics, personalize advertising, measure advertising performance, and remember website preferences.Ok