WHEN Manchester United goalie David de Gea was spotted out and about with his girlfriend last month, you'd be forgiven for thinking he had become Caroline Flack's latest squeeze.

But the footie player was actually with his TV presenter girlfriend Edurne García Almagro – who looks the spit of Caroline, and has more in common with the Love Island host than you'd think. 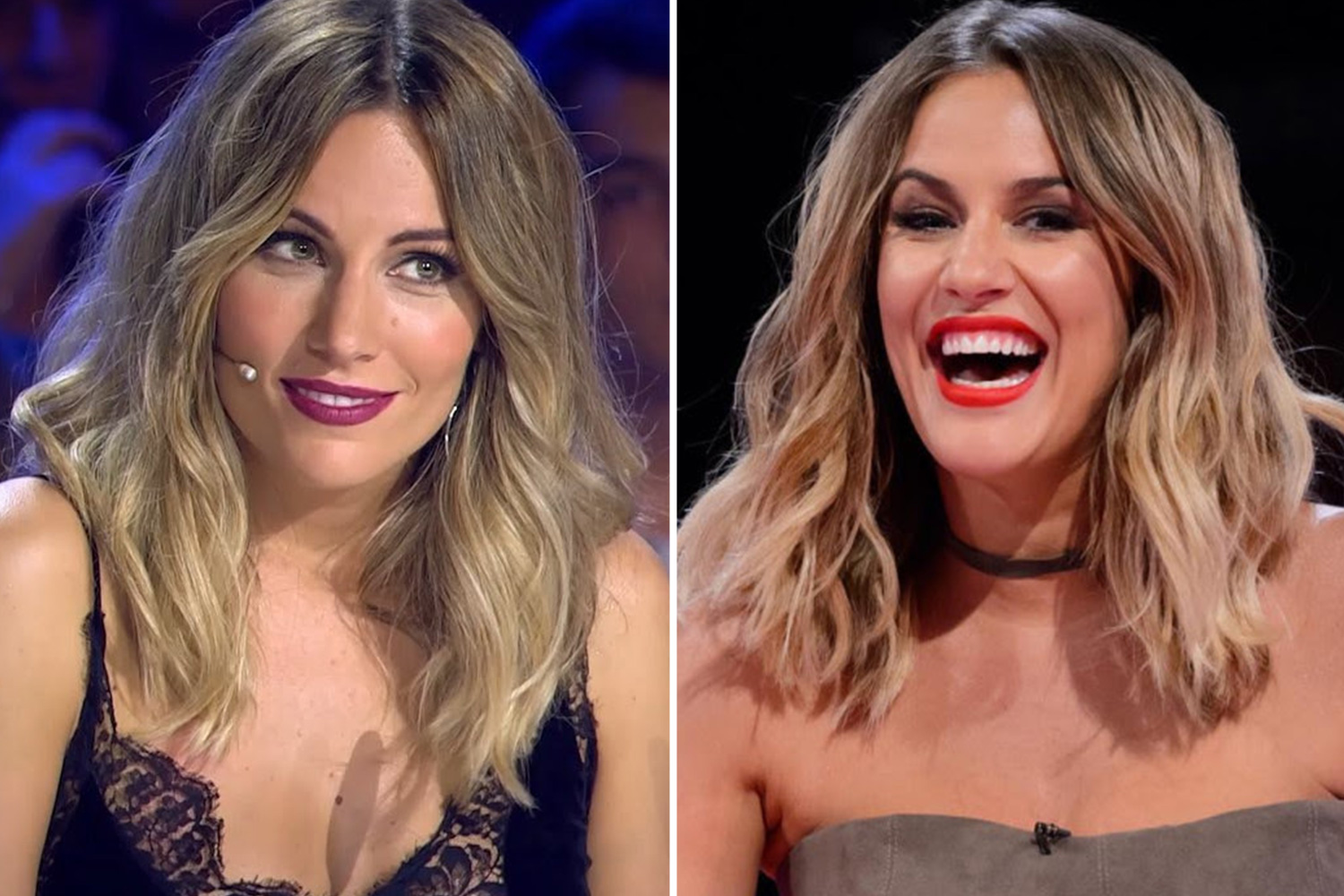 The Spanish star, 33, has recently moved to the UK to live with her footballer beau of eight years and will commute to Madrid for work.

But should she want to add to her busy schedule judging on the Spanish version of Britain's Got Talent, we think she'd be very in demand as a lookalike for 39-year-old British TV star Caroline.

They both love a younger man… 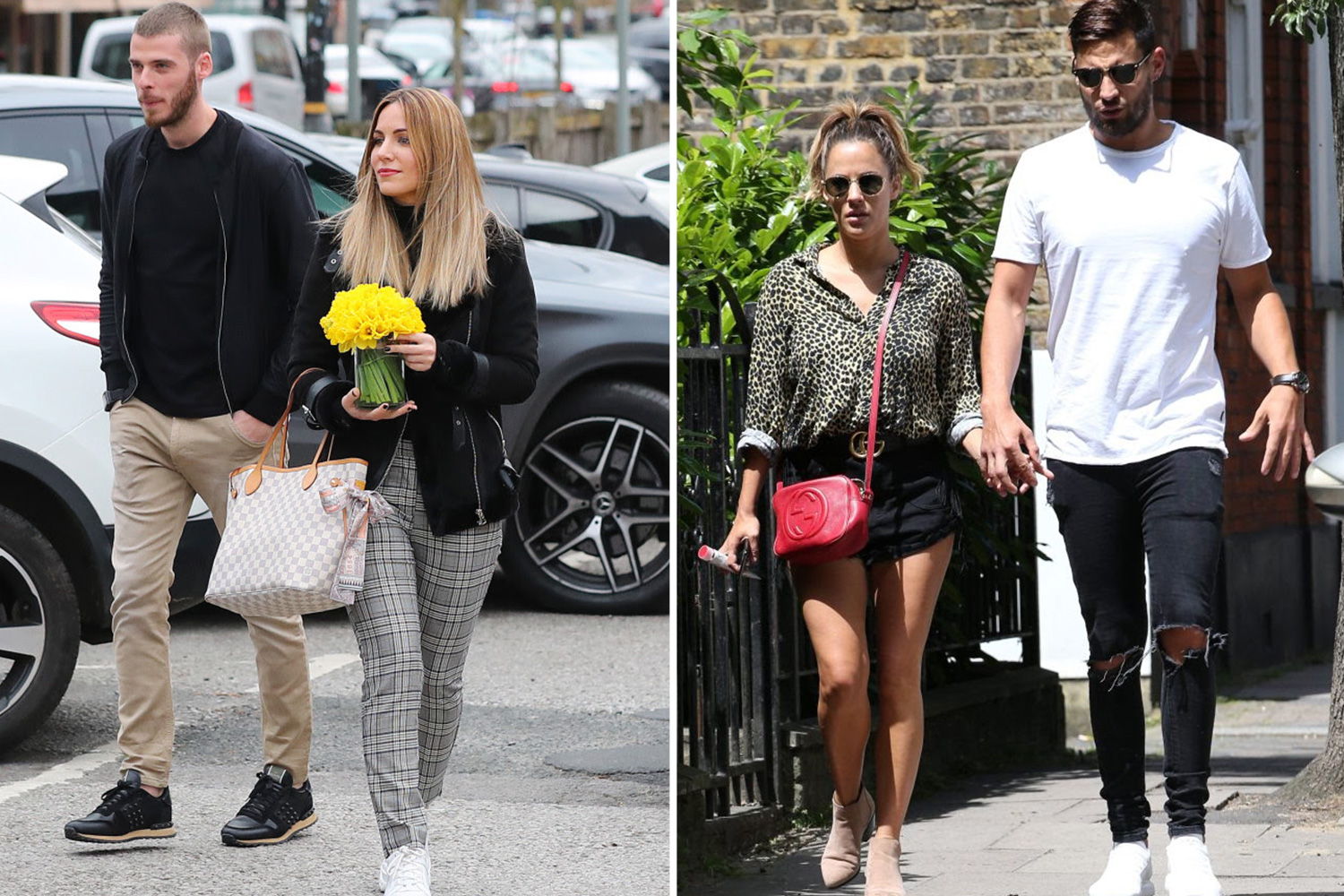 Caroline and Edurne both have a penchant for dating younger, sporty men.

Caroline famously had a fling in 2011 aged 32 with a then 17-year-old Harry Styles, and her last serious relationship was with former fiancé Andrew Brady, who at 26 was 13 years her junior.

Then there was the recent hook-up with 31-year-old rugby player Danny Cipriani.

Edurne's 28-year-old footie star lover – who she has been with since 2015 – is five years her junior.

Both women made the Strictly final 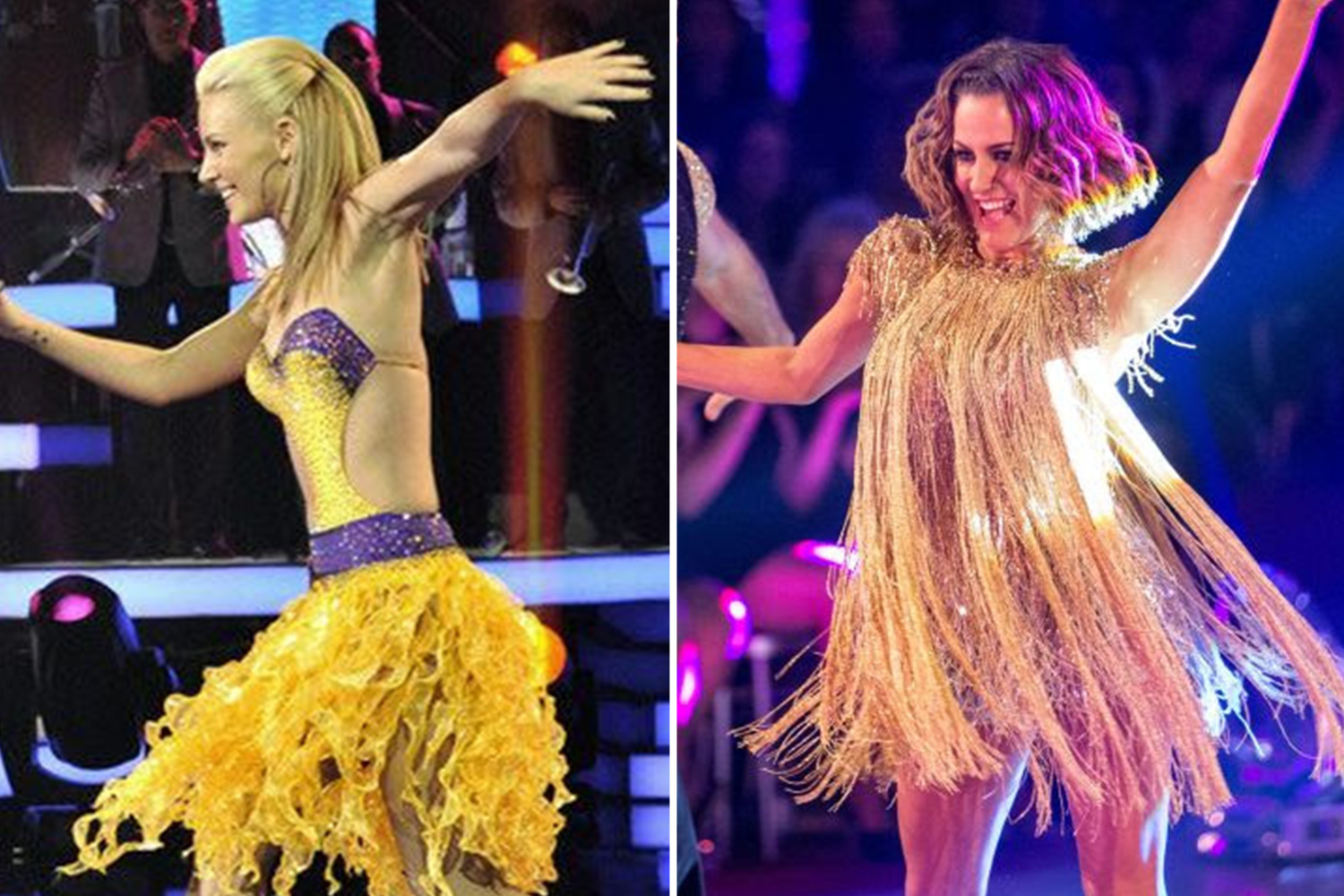 Another bizarre similarity is the two women's success on their own country's versions of Strictly Come Dancing.

Caroline lifted the Glitterball Trophy of the British edition in 2014 with partner Pasha Kovalev.

Back in 2010, Edurne came second in the final of ¡Más que baile! – its Spanish counterpart.

They were both female leads in musicals 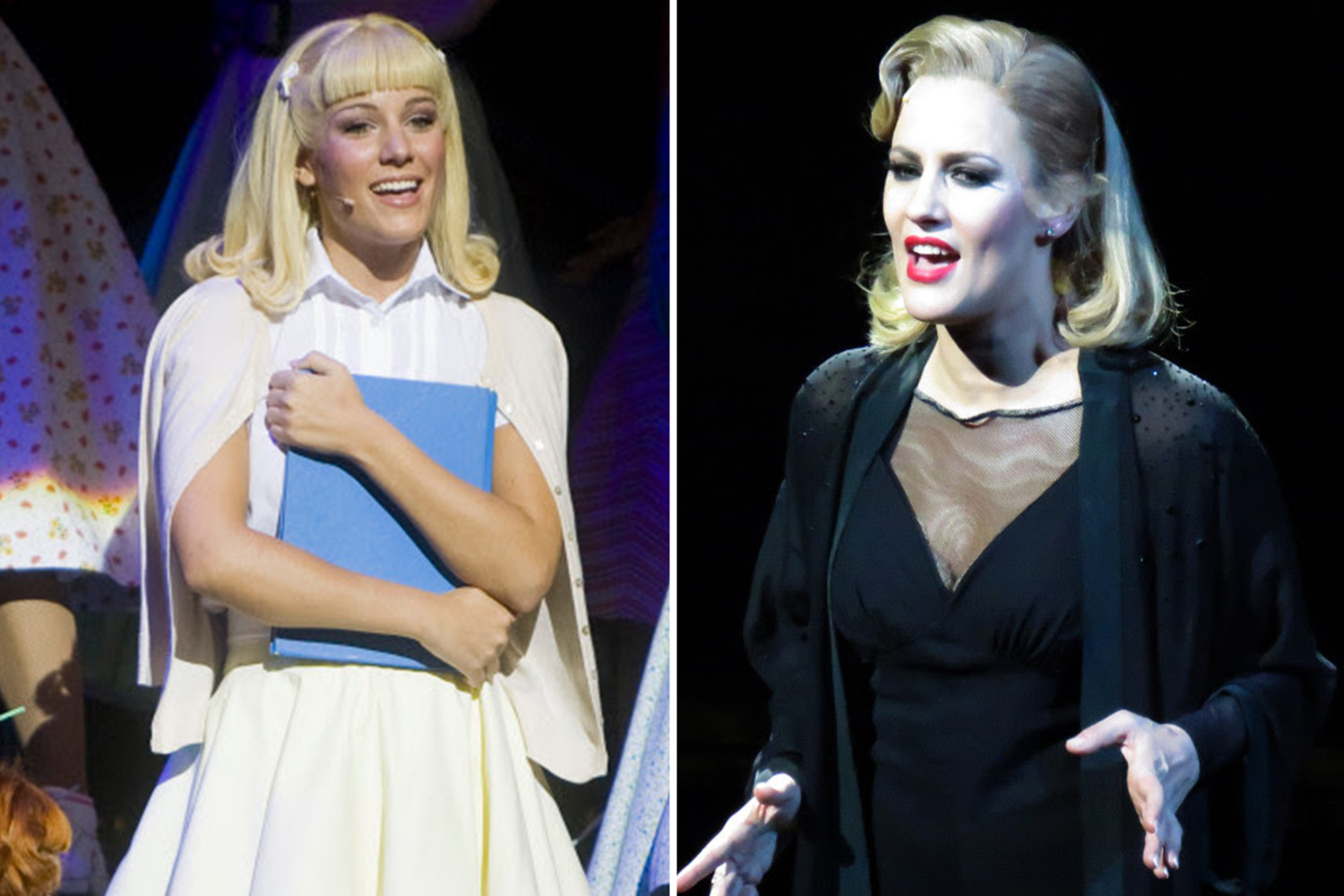 As well as dancing and presenting, the telly favourites can both sing.

Caroline received rave reviews when she trained for the part of Roxie in Chicago on the West End in just eight days at the end of last year.

From 2007 to 2013, her Spanish doppelgänger took on the role of Sandy in Grease, El Musical De Tu Vida.

She released Spanish versions of the songs 'Hopelessly Devoted To You' and 'You're The One That I Want' in 2008 in her third album, Première.

Her musical ability meant she was a shoo-in to represent her nation at the Eurovision Song Contest in Vienna, Austria in 2015 where she came 21st.

Plunging dresses and French plaits are their go-to look 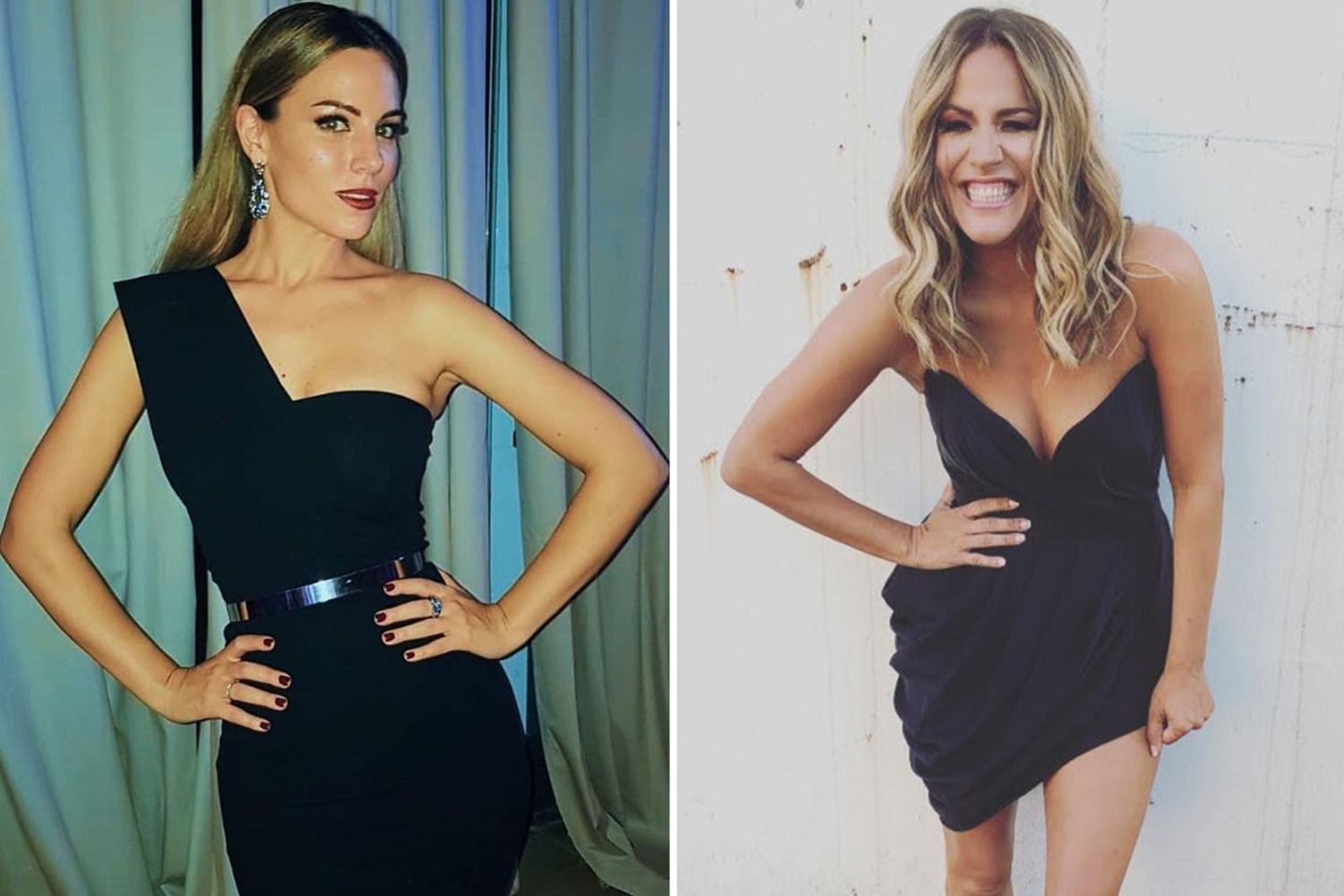 It's not just their high cheek bones and long legs that have us taking a double look at this pair.

Both Caroline and Edurne love their choppy blonde 'lob' styled into a tousled waves or French plaits.

And they have an identical stylish dress sense – be that a statement dress, plunging neckline or cool casual wear. 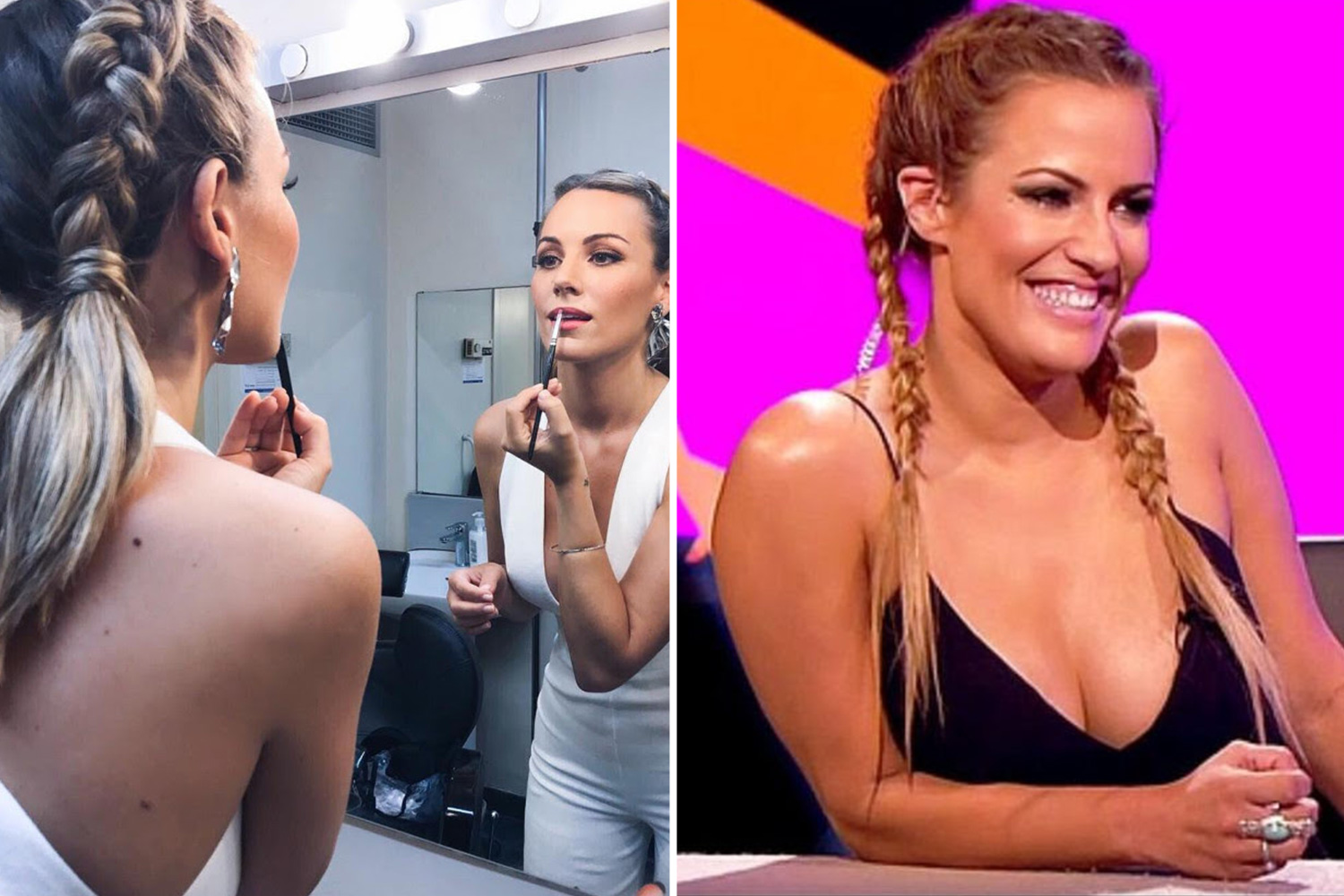 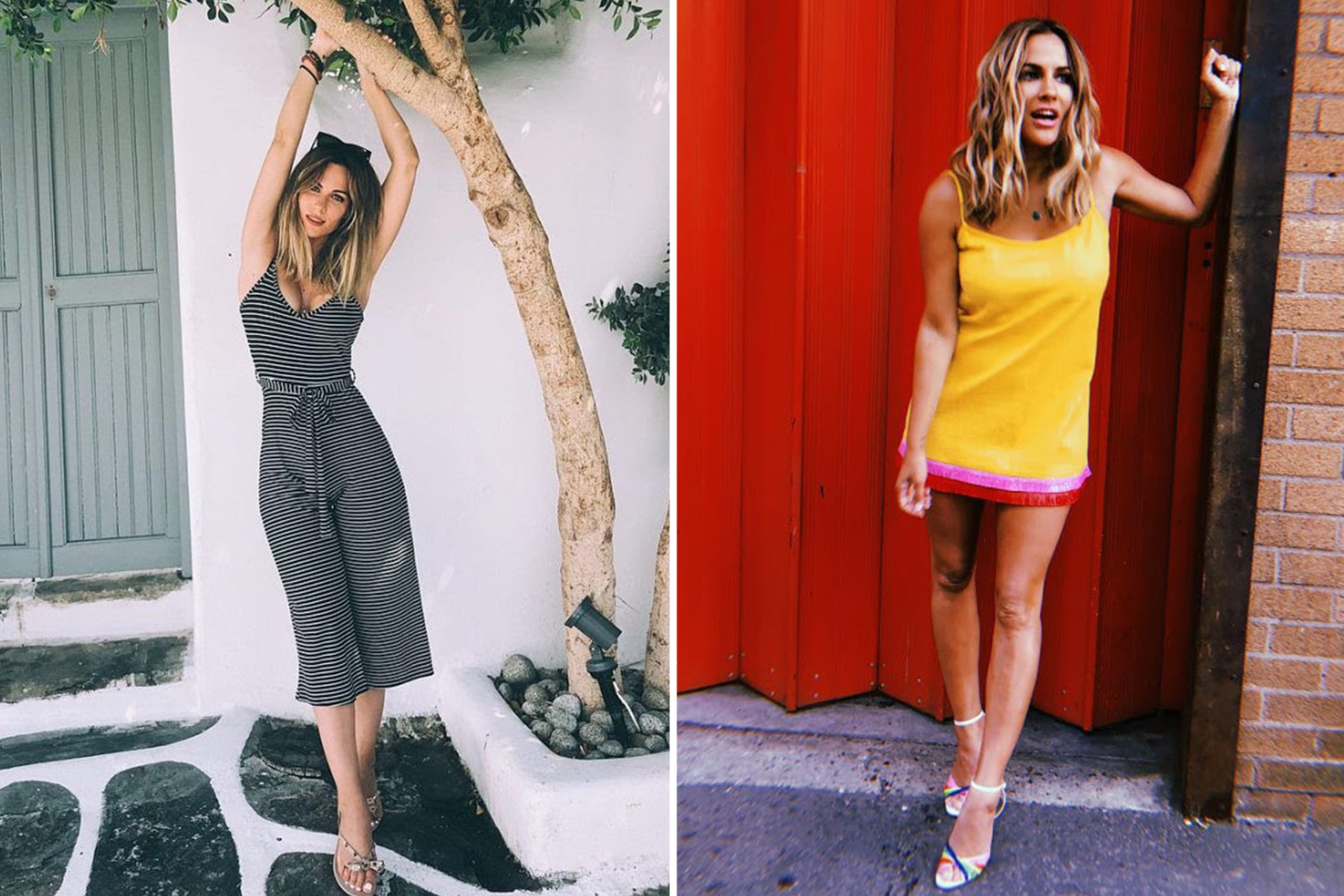 Just as much as Edurne and Caroline love a sunny holiday, they also adore a pool-side bikini snap in a private villa.

And who can blame them for sharing all over Instagram? Both women look incredible in a brightly-printed two-pieces.

It's most likely thanks to their dedicated gym regimes. 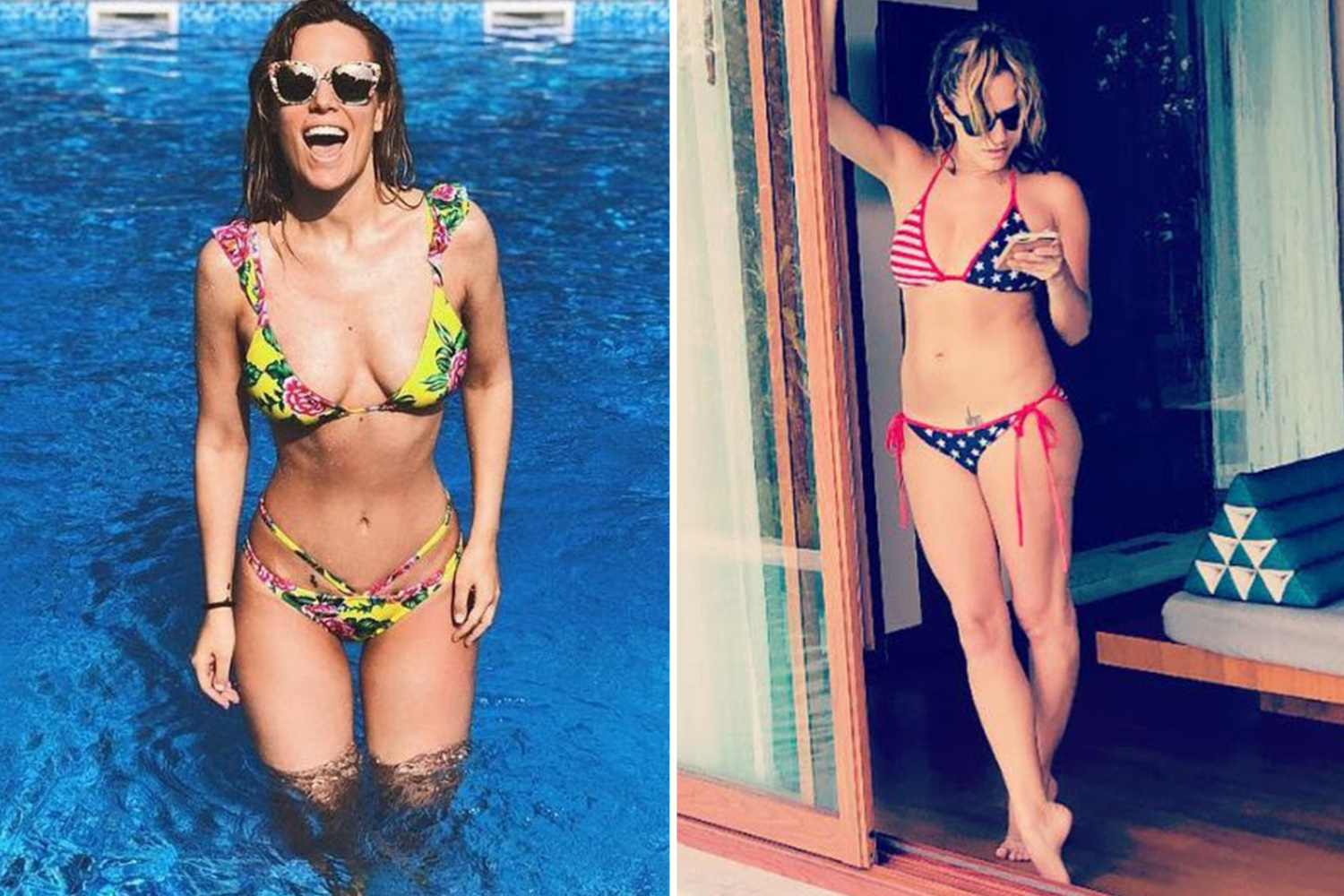 Caroline has been exercising hard of late with personal trainer – and rumoured love interest – Bradley Simmonds.

Meanwhile, Edurne is a fan of a charity fun run and has also posted videos of herself doing yoga. 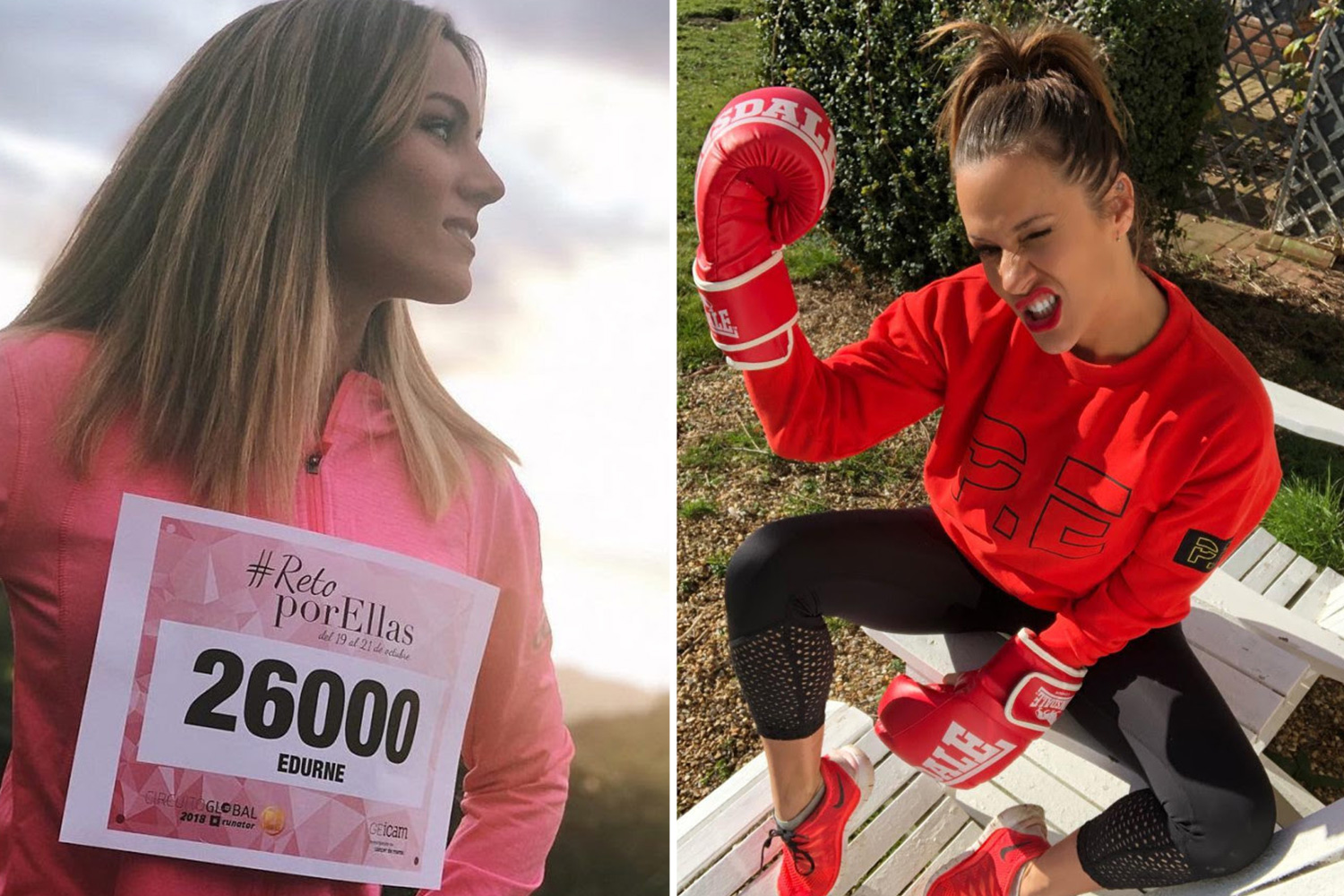 MOST READ IN TV &amp; SHOWBIZ

They hit the mainstream on reality TV