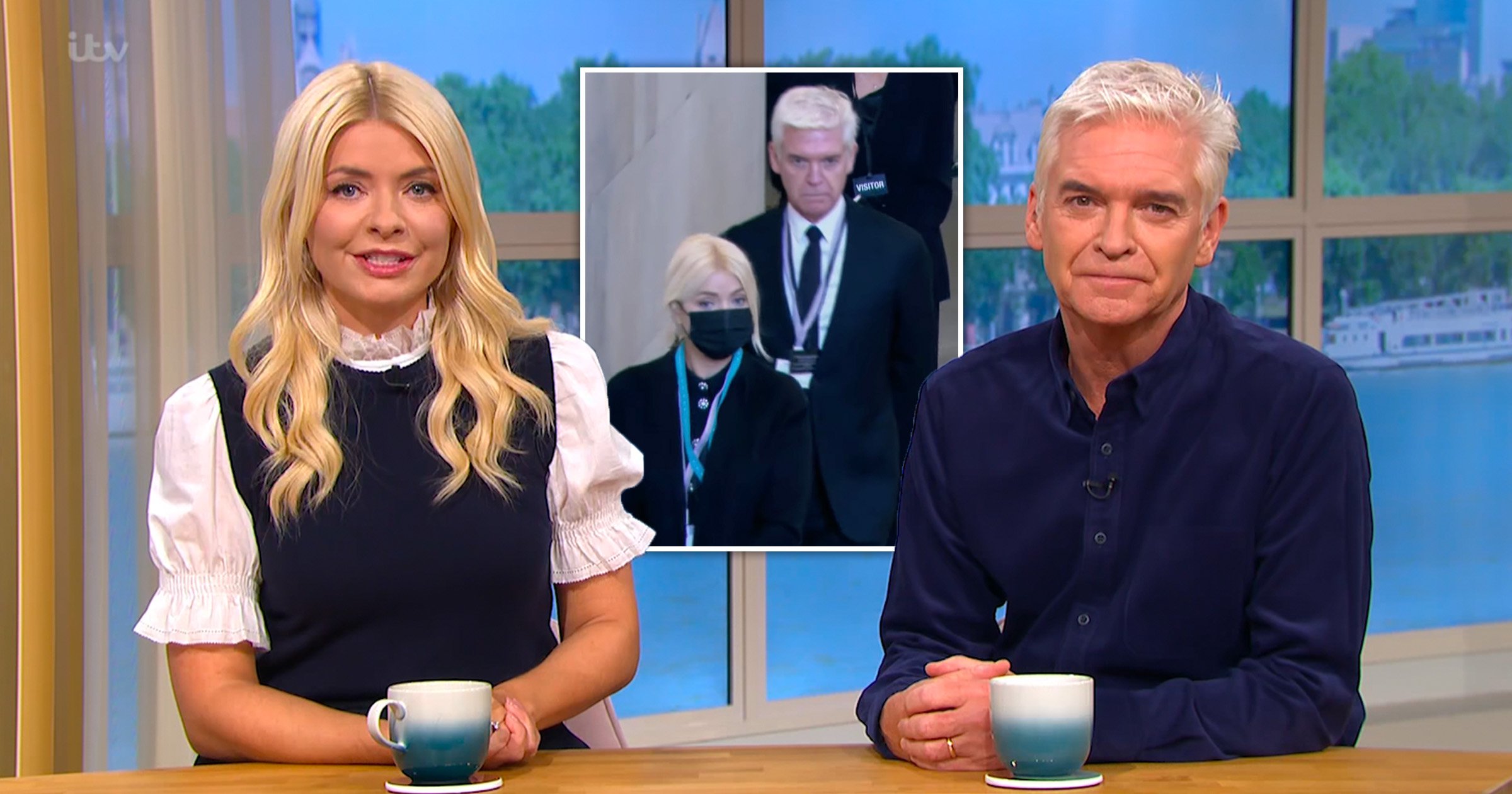 The petition to have Phillip Schofield and Holly Willoughby removed from This Morning after they were accused of ‘queue-jumping’ to see the Queen lying in state has reached 25,000 signatures.

The presenters, who denied jumping the queue in a statement on Tuesday’s episode, faced major backlash after they were pictured inside Westminster Hall.

They insisted they were there as part of the media, did not jump the queue, and did not file past the queen.

Nevertheless, people are not happy, with the Change.Org petition, titled ‘Axe Philip Schofield and Holly Willoughby from TV,’ racing past the 25,000 mark.

It argues: ‘Thousands of people are lining up overnight to pay respects to the Queen, where they will likely wait up to 24 hours.

‘Yet Holly Willoughby and Philip Schofield, two hosts of one of the most damaging to mental health day time tv show This Morning, were able to push past those thousands and get immediate access.

‘ITV should be ashamed of exploiting the situation. I’d like to see This Morning axed for good as I do believe it causes more harm than good, without people noticing. For example, like turning cost of living anxiety into a game show. At the least though, these toxic presenters Holly and Philip should finally be removed from our TV screens. They monopolised way too long.’

Holly and Phillip addressed the backlash during a special episode of This Morning, dedicated to remembering the Queen following her death on September 8.

‘The rules were that we would be quickly escorted around the edges to a platform at the back,’ Holly explained.

‘In contrast, those paying their respects walked along a carpeted area beside the coffin and were given time to pause.

‘None of the journalists and broadcasters there took anyone’s place in the queue and no one filed past the Queen.’

She continued: ‘We, of course, respected those rules, however, we realise that it may have looked like something else and therefore totally understand the reaction. Please know that we would never jump a queue.’

Celebrities including Huw Edwards and Eamonn Holmes have also appeared to criticise the pair for alleged queue jumping.

Meanwhile, it has been reported that there are fears Holly will leave This Morning.

‘Holly, in particular, has been left totally distraught by this,’ an insider said. ‘She’s been in floods of tears at some of the things she’s been called and of the behaviour she’s been accused of.

‘She’d never jump a queue or behave in that way and is heartbroken that people think she would.’

The source added to Mail Online: ‘Producers and staff at This Morning are rallying round. They are a close knit team but there is a concern at how it has impacted Holly and has left many wondering if it’s pushed her close to the exit.’