Supernatural sitcom Ghosts season four has landed on BBC iPlayer as a boxset and will be airing on BBC One tonight (September 23) at 8.50pm. The show features a core cast as well as some guest cast members who will be joining in the different episodes. The first instalment is called Happy Holiday with the Button House B&B welcoming its first guests with typically hilarious consequences.

Who is in the cast of Ghosts season 4, episode 1?

Actress and writer on the show Martha Howe-Douglas reprises her role as ghost Lady Fanny Button with the actress previously featuring in Doctor Foster, EastEnders, Horrible Histories, Crackanory. and WPC 65.

Ghosts writer and actor Mathew Baynton is back as the romantic writer Thomas Thorne and has also starred in The Split, Vanity Fair, Quacks, Drunk History: UK, and Yonderland.

Simon Farnby has not only penned the series but plays Julian, a disgraced ghost MP with the actor also featuring in Detectorists, This Time with Alan Partridge, Yonderland, and the Queen Elizabeth and Paddington Bear Film.

In the role of deceased scout Pat is actor and Ghosts writer Jim Howick, who also counts credits in Sex Education, Action Team, Here We Go, Hollington Drive, and Broadchurch. 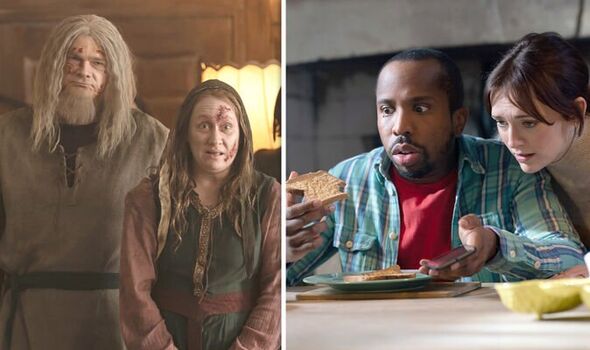 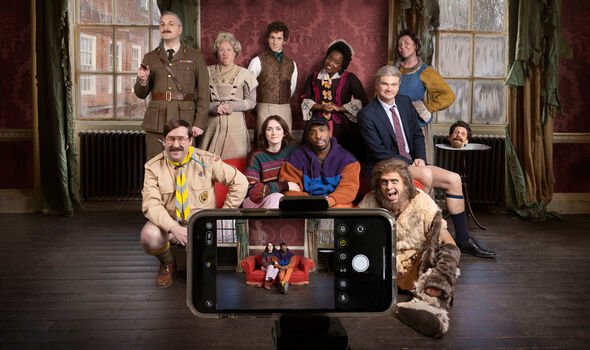 Laurence Richard is another writer on the series and plays Robin the Caveman/ Humphrey’s Head with the star appearing in Tracey Ullman’s Show, Tracey Breaks the News, Horrible Histories, and Yonderland.

Fellow writer Ben Willbond assumes the mantle of The Captain with the actor also featuring in There She Goes and Yonderland and will next be appearing in the TV series A Kind of Spark and the film We Are Not Alone.

Charlotte Ritchie is again Alison, who is very much alive and can see the ghosts. She is best known for her roles in Call the Midwife, Feel Good, Grantchester, and Dead Pixels.

Playing her husband Mike once more is Kiell Smith-Bynoe, who has starred in Stath Lets Flats, Enterprice, and Man Like Mobeen. 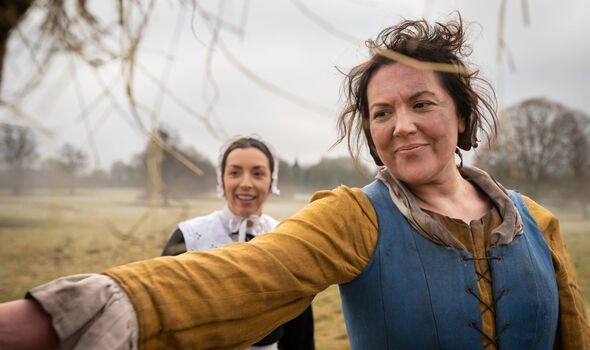 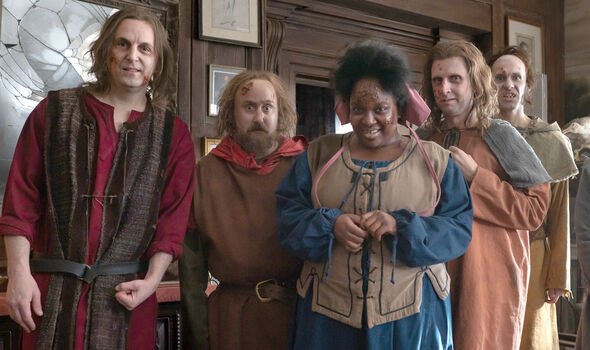 In the role of Kitty is comedian and actress Lolly Adefope, who also counts roles in This Time with Alan Partridge, Shrill and The Other One. She will next be starring in Seize Them! and Everyone Else Burns.

Katy Wix is back again as ghost Mary with the actress also starring in The Windsors, Stath Lets Flats, Big Boys, and Agatha Raisin.

The main cast who play the ghosts also takes on roles as some of the other spirits haunting Button House, including the Plaguers who live in the basement.

There are also going to be some guest cast members who appear later in the series including John Macmillan and Melissa Saint.

Speaking about the new episodes, star Kiell said: “Series four is about the guest house and trying to create the perfect B&B experience. Mike and Alison are trying to get the best reviews – that is their main goal for the series.

“In the first episode, they get their first customers, and we see how Mike and Alison respond in their own different ways to praise and complaints.”

He went on to say: “They’ve only just started to accept Mike and Alison! So the idea of having even more people in the house – for Lady Button especially – is really not what the ghosts want.

“But Lady Button soon gets involved in the guests’ business and has strong opinions on how they’re conducting themselves in the house.”

Reflecting on the success of the series, Kiell said: “Because there’s definitely going to be a character in Ghosts that you can relate to.

“One of the characters will be like someone in your family or someone you live with.

“There will always be a character that will resonate with you. Everyone’s got their favourites and for their own reasons.

“The show is also full of so many things – stories, backstories, characters, personalities, jokes, different types of humour – that there’s something for everyone.”

Ghosts season 4 airs on BBC One tonight at 8.50pm and the whole series is available on BBC iPlayer now