The countdown to 2022 is on! The first teaser for Don’t Worry Darling debuted on September 13, and the chemistry between Harry Styles and Florence Pugh is off the charts. In the 11-second teaser showed a sexy makeout session between the two co-stars, who play married couple Alice and Jack, and now all we want is more!

The teaser also gives brief glimpses of the rest of the film, including some dark images of Florence’s character underwater and her face apparently wrapped in a plastic bag. There’s also a brief look at Chris Pine.

The movie will be released only in theaters on September 23, 2022. Don’t Worry Darling centers around a 1950s housewife living with her husband in a utopian experimental community who begins to worry that his glamorous company may be hiding disturbing secrets. Additionally, the film stars Olivia Wilde, who is also the director, Gemma Chan, Nick Kroll, KiKi Layne, and Timothy Simons.

Harry wasn’t originally cast in the role of Jack. He replaced Shia LaBeouf, who was reportedly fired by Olivia after displaying “poor behavior,” according to Variety.

Olivia raved over Harry’s Don’t Worry Darling performance in a sweet Instagram post in February 2021. “Not only did he relish the opportunity to allow for the brilliant @florencepugh to hold center stage as our ‘Alice,’ but he infused every scene with a nuanced sense of humanity,” she wrote. “He didn’t have to join our circus, but he jumped on board with humility and grace, and blew us away every day with his talent, warmth, and ability to drive backwards.” 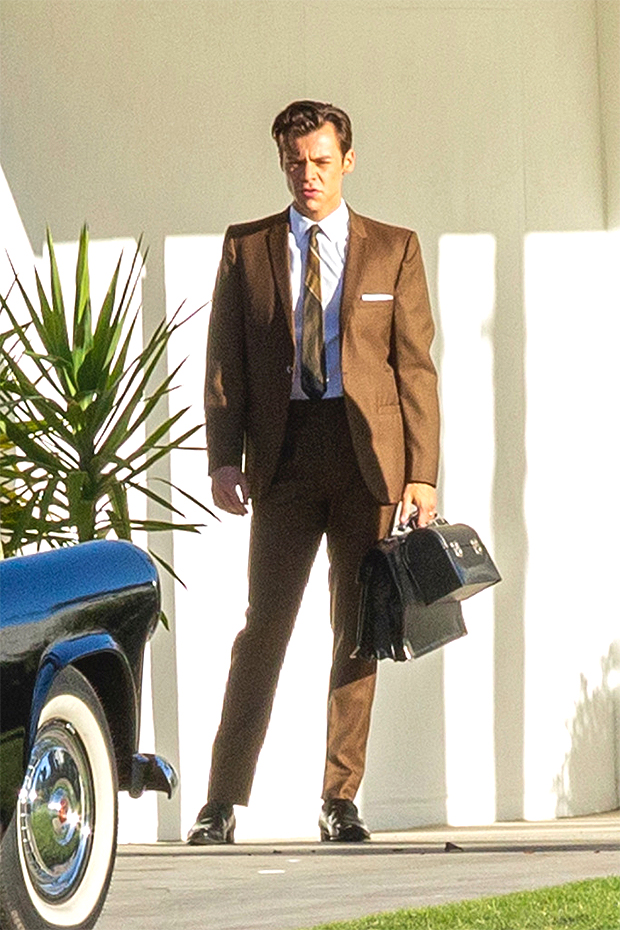 After meeting on the set of Don’t Worry Darling, Olivia and Harry are now dating. The couple went public with their romance in January 2021 when they were spotted holding hands on their way to a wedding. They have been spotted out a number of times, and Olivia was even seen cheering on her man at his Las Vegas show on September 4.