Before Grey’s Anatomy catapulted her to fame, Ellen Pompeo had quite a few roles in some high-profile films. From a bedroom scene with Leonardo DiCaprio in Steven Spielberg’s Catch Me If You Can to playing Jake Gyllenhaal’s romantic interest in Moonlight Mile, the actress was beginning to get some traction on the big screen.

Pompeo even had a shot at Marvel fame, yet the majority of her scenes ended up on the cutting room floor. 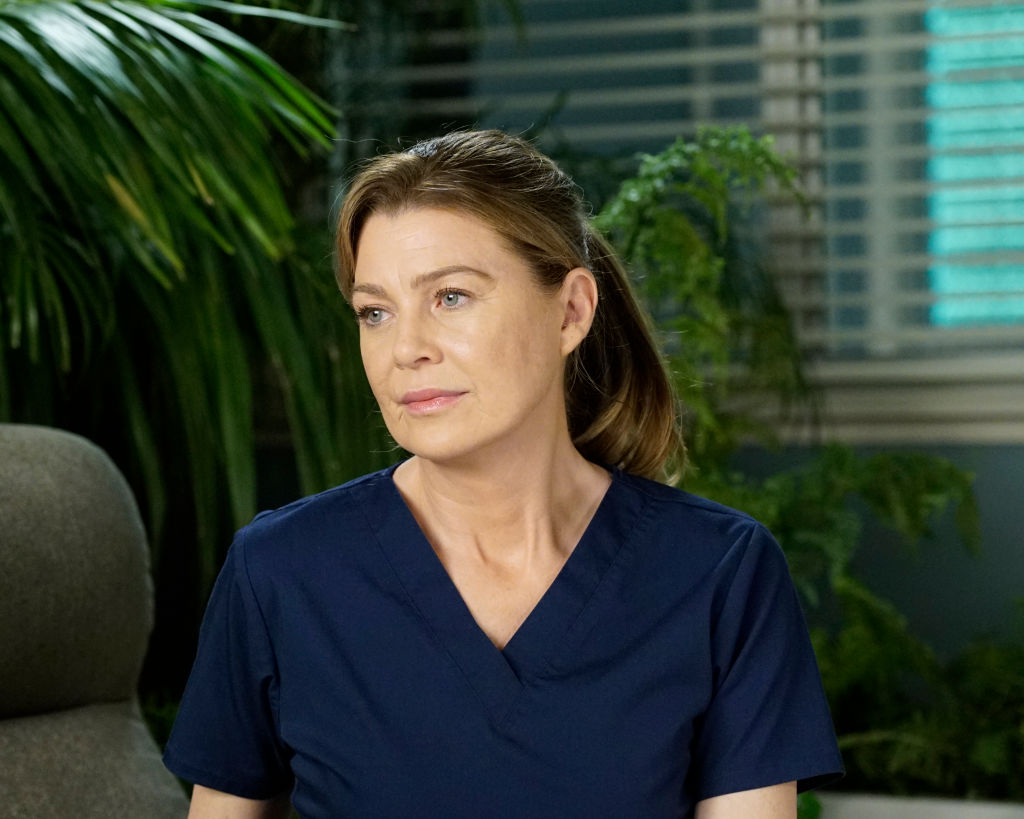 Prior to donning her lab coat and walking the halls of Grey Sloan Memorial, Pompeo landed a bit part in Spielberg’s 2002 film starring DiCaprio and Tom Hanks. The Grey’s star remembered getting the call after she sent in an audition tape.

“I said, ‘Well let me get back to you and see how much time I have. I’m really busy right now,’” she jokingly told the Los Angeles Times in 2002. “So I met Steven and he offered me the part. And I graciously accepted. And screamed all the way home.”

While Pompeo’s role in the film is minimal, she knew she was working with the best of the best. “If you do anything wrong, then you have no talent,” she said. “Because you can’t fail with those two on either side of you. It’s impossible.”

Here’s to all of you…. we get one life let’s celebrate …spread love …go hard ❤️ and help @leonardodicaprio save the planet 🌎 🌎🌎

RELATED: ‘Grey’s Anatomy’s’ Ellen Pompeo Shares One of Her Most Memorable Scenes With Her ‘Person’ Sandra Oh

Moving on to Will Ferrell and Jake Gyllenhaal

Though her part in the 2003 comedy Old School didn’t garner much publicity, Pompeo had plenty of laughs working with castmates Will Ferrell and Vince Vaughn.

“It’s a big ridiculous comedy,” she said in the Los Angeles Times interview. “And Will Ferrell. It was like, can I not be in this scene because I can’t watch him do that without laughing.”

Pompeo’s role in 2002’s Moonlight Mile earned her rave reviews from critics as well as her co-star.

Had the best time today visiting with Carl… whose life was saved by real life earth angels at @loveleorescue and @asecla thank you so much for all the never ending selfless work that goes into making a difference for others in this life… the world is a better place because of all of you 💋❤️ Posted @withrepost • @loveleorescue Baby Carl had a very special visitor today. Thank you @ellenpompeo for visiting him and showing him so much love. Ellen ran into one of our vet hero’s – Dr. Balfour while she was at @asecla . Funny enough, he had repaired her dogs broken leg many years ago. Small 🌎! Thank you to every one of you who have rooted for and donated for this little guy. He ate all his food, and walked around a little bit today. His plasma and blood transfusions are complete. His IV catheter has been removed. They are only using the feeding tube for fluids now as he eats really well on his own. Getting stronger every day… 💪🏽🐶

“I think the closest person who really got the script, next to [director] Brad [Silberling], was Ellen. So I think she really related,” Gyllenhaal said of the actress. “In a lot of ways, she has the hardest job in the movie. She had such a short time and not a lot of scenes to get a point across, but she’s the catalyst that breaks them all down.”

Pompeo landed the role of Karen Page, the devoted secretary to Murdock. The Grey’s actress and Affleck instantly had a bond due to their Northeastern roots.

“I do all my scenes with Ben and he’s just a Boston boy,” Pompeo shared in 2002. “I just worked two days in the office and got to wear great Varga-inspired costumes, I had that whole ‘His Girl Friday’ look going on.”

When I say they are going to have to drag me back kicking and screaming I think I might actually kick and scream… I spend a lot of time with little people and trust me that shit works!! 😜😜😜😂😂😂😂

Screenrant reported that though originally meant to be a significant character, Karen Page’s part in the film was reduced to almost cameo status. While no concrete reasons were given for the altered screen time, Pompeo does have a few more minutes in front of the camera in the director’s cut and was supposedly going to appear in subsequent sequels. Since Daredevil didn’t receive superhero status reception, those plans got nixed.

Though she may not have become a major part of the Marvel franchise, Pompeo is clearly calling her own shots in prime time television.

RELATED: ‘Grey’s Anatomy’: Why Some Fans Think This Character Gets Too Much Hate

Related posts:
06/02/2020 TV & Movies Comments Off on 'Grey's Anatomy' Star Ellen Pompeo Had A Role in a Marvel Film That Was Cut Down to a Cameo
Recent Posts
We and our partners use cookies on this site to improve our service, perform analytics, personalize advertising, measure advertising performance, and remember website preferences.Ok