Changing of the guard set for 2021 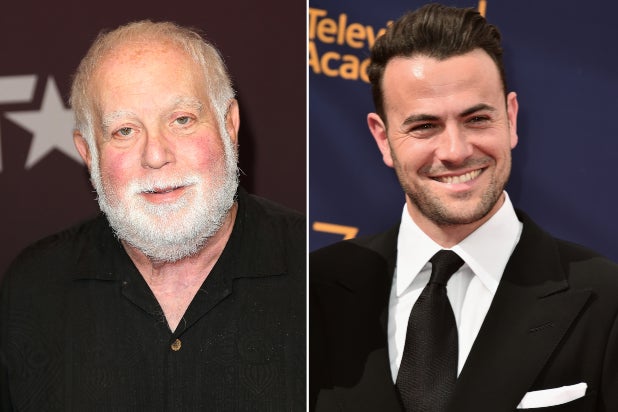 Ken Ehrlich is stepping down as executive producer for CBS’ annual Grammys telecast, but not after one more show in 2020, which will be his 40th behind the camera.

After that, “Late Late Show” co-executive producer Ben Winston will take over, beginning with the 63rd annual Grammys in January 2021. Next year’s Grammys, Ehrlich’s last, is scheduled for Jan. 26, 2020.

“It’s called ‘Music’s Biggest Night’ for a reason, and one of those reasons is Ken Ehrlich,” said Jack Sussman, executive vice president, specials, music and live events, CBS. “Every musical artist from every genre wants to be known as a Grammy winner, but for the viewing audience, it is those once-in-a-lifetime ‘Grammy Moments’ that are unforgettable – and we have Ken Ehrlich to thank for that. CBS is proud of and grateful for Ken’s creative leadership and partnership over the last 40 years.

“With the Grammys’ rich history and foundation in place, we will pass the baton in 2021 to Ben Winston, one of the most creative producing voices in television today,” he continued. “The past is historic. The present is exciting. And the future is bright for this event on television.”

It won’t be the first time Winston has produced an awards show for CBS, he’s been behind the camera for the Tony Awards twice, when “Late Late Show” host James Corden was the host. He’s also produced music specials for Bruno Mars, Sam Smith, Harry Styles and Justin Bieber. Along with “The Late Late Show,” Winston co-created “Carpool Karaoke” and “Drop the Mic.”

Ehrlich produced his first Grammys in 1980.

“To have been a part of the growth of the Gammy Awards into the preeminent music awards show of our time has been one of the highlights of my professional life, and I’m grateful to the Recording Academy and to our partners at CBS for their support and for trusting my vision over the past four decades,” Ehrlich said. “I have also been the happy recipient of having an incredible group of people who have worked on the show over the years, and of course the most amazing cadre of musical artists who bring their own creativity and brilliance to the Grammy stage year after year. I want to wish my successor Ben the best as he assumes the executive producer role. I am confident that his abilities in all aspects of production will both insure the legacy of The Grammy Awards and also instill a new creative direction for the show.”