Strictly Come Dancing’s Gorka Marquez and Maisie Smith have taken the BBC show by storm but last weekend saw them dip after their Cha Cha saw them in the dreaded dance-off. Luckily, they were saved to dance for another week and revealed today they would be taking on the Salsa next. And speaking on Tuesday’s edition of It Takes Two, Gorka reminded viewers the Cha Cha is a “very tricky dance” after it put them in the bottom two.

Zoe Ball welcomed both Maisie and Gorka, and Bill Bailey and Oti Mabuse onto the sofa of the sister show this evening.

The host began her chat with Maisie and Gorka by replaying a snippet of their dance from Saturday night alongside some of the judges’ comments.

The duo had been awarded a respectable 24 points for their routine, which Zoe reminded fans was the highest-scoring Cha Cha of the series so far.

Despite remaining in the top half of the leaderboard, the couple found themselves in the dance-off alongside Max George and Dianne Buswell. 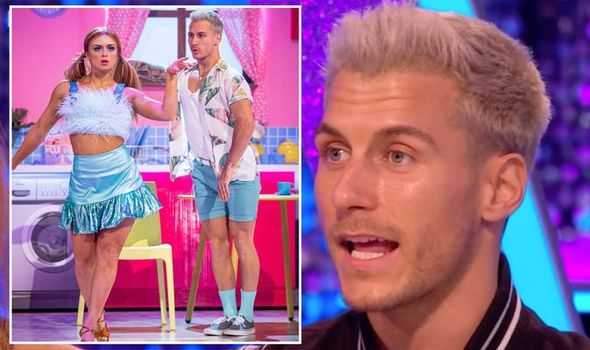 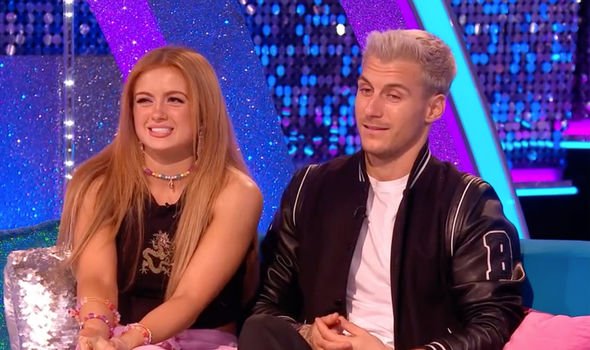 And Gorka gave some information about just why the dance was so difficult, particularly for female celebrities.

Zoe quizzed the pro: “This dance trips the celebs up, Gorka, what is it about the Cha Cha?”

He replied: “Do you know what? All the pros say, ‘The Samba is very hard, Or, ‘The Jive is very hard.’

“But the Cha Cha, it’s a very tricky dance, especially for the females with the heels, you know?” 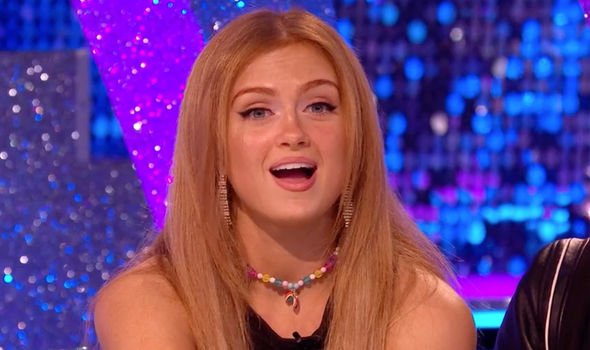 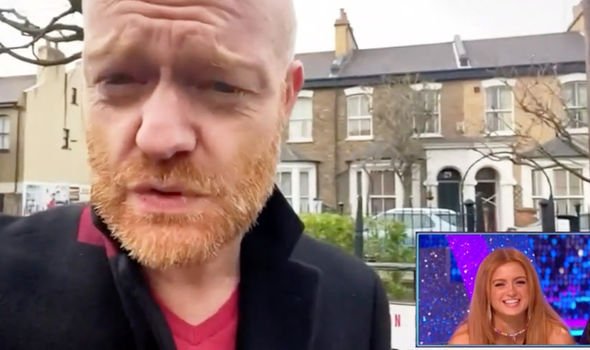 Going onto explain in more detail why the dance was particularly hard, he detailed how it was harder to mask mistakes.

Gorka added: “In the Samba, you can do shimmies or in the Jive, you can do lots of kicks and flicks – you can get away with it.

“In the Cha Cha, there’s a lot of straight legs but you have to bend them and keep those legs sharp but then, you have to move the body!”

He reminded Zoe: “There’s a lot of things going on in there! And there are only four days [to prepare], you know.”

This weekend, Maisie and Gorka will be taking on the Salsa which the former was very excited about.

After now having a couple of days to get to grips with the upcoming routine, Maisie said: “I still don’t know it at all! The eight counts I do know, I’m enjoying it, I feel like I’m less stressed than last week.

“Because not that there’s less technique involved but I can enjoy this one because it is just a party dance!”

Zoe noted how the soap star is becoming known for her love of  “party dances” and gave her a treat from one of her EastEnders co-stars.

The presenter said: “You’ve been getting some top tips from all your friends at EastEnders and one of them, he was very good at the Salsa and he’s also my favourite, Jake Wood!”

Giving out some advice to his colleague, Jake said: “Hey Maisie, it’s Jake. Don’t worry about all that being in the bottom two last week, put that all behind you.

“The Cha Cha Cha, I didn’t want to tell you was probably my least favourite dance of the whole series.

“This week the Salsa… it’s a lot freer in the hips! Relax, enjoy and you’ll be absolutely fine, alright? And we’re all behind you and good luck, see you soon!”

Strictly Come Dancing continues on Saturday at 7:25pm on BBC One.