In the world of horror, certain names stand out as legends in the genre – and Robert Englund is undoubtedly among them, with his iconic turn as serial killer Freddy Krueger in the Nightmare on Elm Street film franchise.

The 75-year-old continued to demonstrate his inclination towards the supernatural when he joined the cast of Stranger Things, making his debut in season 4 volume 1 as the older Victor Creel, sparking shudders among viewers with his horrifyingly slashed eyeballs.

Metro.co.uk recently spoke to Barrie Gower, the makeup effects department head on the series, who detailed the complexity of creating the prosthetic that took a couple of hours to apply to Robert’s head at a time.

He also emphasised how special it was to spend time with Robert and hear anecdotes about his career, having grown up idolising the American actor and boasting a ‘shrine’ of Freddy Krueger posters in his teenage bedroom to prove it.

Having been the brains behind the design and creation of Jamie Campbell Bower’s villain Vecna along with his team, Barrie said: ‘We were already a few months into Vecna when they approached us about the Victor Creel character, and we were really excited to do it, we thought that’d be a great experience to create his appliances. But we weren’t aware it was going to be Robert Englund at the time. 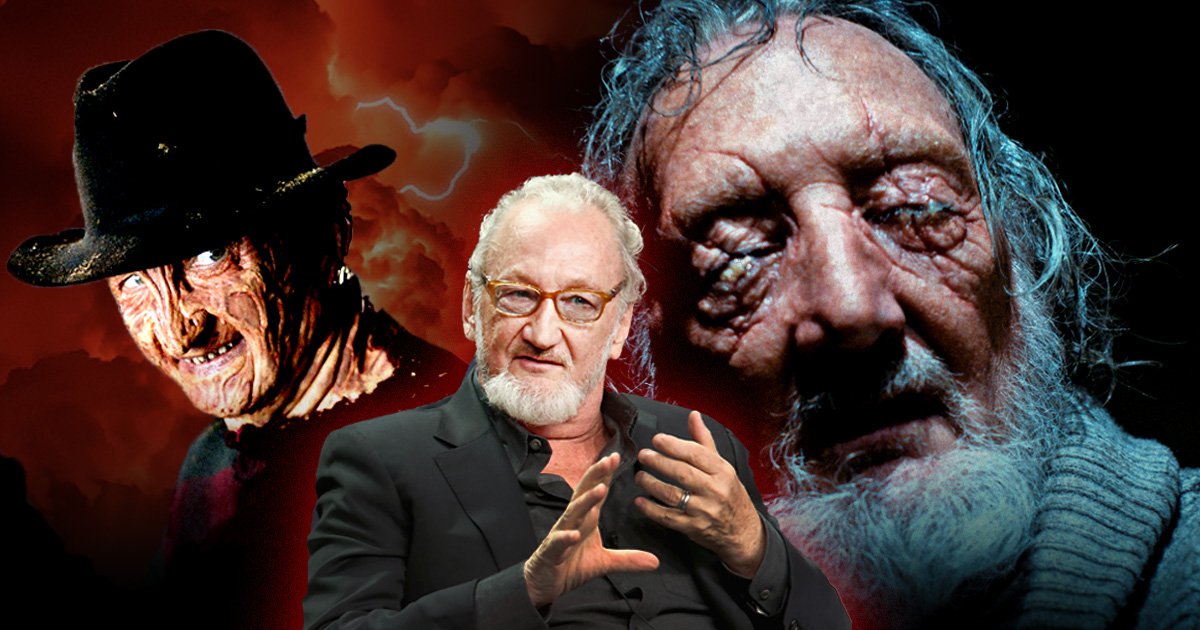 ‘It wasn’t until we’d already discussed the design of the makeup that they let us know it was Robert. From a creature and makeup effects and horror fan point of view, we were like kids in a sweet shop. We were over the moon, couldn’t believe that we were going to get to work with Robert Englund.’

Barrie, who previously worked on productions such as Game of Thrones and No Time To Die, explained that he and a lot of his colleagues – including Duncan Jarman, who sculpted the prosthetic for Victor – were ‘of that generation where A Nightmare on Elm Street was such a big part of our teenage years as such growing up’.

‘I had a shrine in my bedroom on my wall above my bed, all these Freddy Krueger posters and magazine cuttings. I used to make myself up as Freddy Krueger as a teenager in my bedroom. He was like an idol of mine growing up, so to get the opportunity to work with Robert was such a huge coo for us, it really was,’ he said.

Putting aside the pressure of working with a horror icon, Barrie stressed how ‘challenging’ it was to devise the makeup for Victor, as they had to create the ‘illusion’ that the character had sliced through his own eyes, following the devastating losses of his wife and his daughter to his son, Henry Creel (who was revealed to be Number One, aka Vecna).

‘We built an appliance that had a domed cavity above Robert’s eyes beneath the appliance, so he could actually open his eyelids and he could see through a couple of tiny little pierced holes in the prosthetic,’ Barrie detailed.

In order to make the effect believable, they had to ‘build his face out’ while setting his eyes further back, with the appliance being placed over his nose and covering his hairline all the way down to his beard line.

Barrie remarked how other actors may have struggled with the amount of prosthetics that Robert had to have applied for his role, which took a couple of hours on the few days he was on set.

However, given Robert’s extensive experience in the makeup effects chair, ‘it was a walk in the park for him’.

The makeup effects department head spoke fondly of the memories he and his team shared with the Freddy Krueger star, saying it was an ‘incredible experience’.

‘He was just recounting stories from his career, and anecdotes, and talking about some of our peers, and experiences he’s had with other companies,’ he recalled.

‘We had so many amazing gifts really we took from the whole Stranger Things 4 experience that we’re just super, super grateful.’