Nothing lasts 5eva. On Thursday, news broke that Peacock series “Girls5eva” is heading to Netflix for Season 3. The first two seasons of the Tina Fey-Robert Carlock comedy will be available on both Peacock and Netflix.

The reality is that “Girls5eva” was canceled by Peacock sometime after Season 2 concluded in June, two people with knowledge of the decision told IndieWire. The news just never went public, and negotiations between studio Universal Television and Netflix already were underway.

Despite being beloved by both Peacock execs and critics (Season 1 is “certified fresh” on Rotten Tomatoes with a 98 percent score; Season 2 is “certified fresh” at 95 percent), “Girls5eva” was a consistent underperformer, we’re told. (Nielsen did not measure Peacock programming during the “Girls5eva” run, so we do not have independent third-party data to share. Peacock would not provide internal viewership statistics for this story.)

That led to Peacock passing on a third season, a “business decision,” we’re told. In the old days, that would be a death sentence for a show. These are not the old days, and so it was not end of days for “Girls5eva.”

“Girls5eva” is certainly not the first Universal Television show to have underperformed on NBCUniversal platform and been given new life on Netflix. Former NBC drama “Manifest” was such a smash hit in reruns on Netflix it was salvaged by the streaming giant for a fourth season, which will premiere on November 4. (“Manifest” is a primarily a Warner Bros. show, but Universal is the secondary studio.) And though Universal’s “Good Girls” never got a new season out of Netflix (yet, at least), the canceled NBC drama’s back catalogue appeared multiple times on its Top 10 list. So Universal brought “Girls5eva” there and received a was welcomed with open arms.

Netflix’s VP comedy series Tracey Pakosta and its head of global TV Bela Bajaria, both fans of “Girls5eva,” were quite receptive to saving the series — and to working with Fey and Carlock again. Both Pakosta and Bajaria hail from NBCUniversal where they worked closely with Tina and Robert on several projects.

Fey and Carlock also had a good experience working with Netflix on “Unbreakable Kimmy Schmidt,” one of the streamer’s first breakout comedies. But it wasn’t supposed to be that way: NBC developed “Kimmy” before it moved to the then-nascent streamer. The Ellie Kemper sitcom is also where Fey and Carlock first worked with writer Meredith Scardino, the creator and showrunner of “Girls5eva.” The trio would again collaborate on NBC’s “Mr. Mayor” — it’s a small world and an even smaller town.

What Peacock lacks in reach (the two-year-old Peacock has 15 million paid subs; Netflix, which began streaming originals a decade ago, has 223 million), it hopes to make up for with a creator-friendly environment. One way to do that is to not stand in the way when Netflix and your studio get to talking. Plus, the broader NBCUniversal organization has an incentive to keep its longtime talent in Fey and Carlock happy: NBC’s relationship with Fey dates back to “SNL” and with Carlock to “Friends” (and “Joey,” sorry Robert). Together, they made one of broadcast TV’s truly great comedies of all time with “30 Rock.” 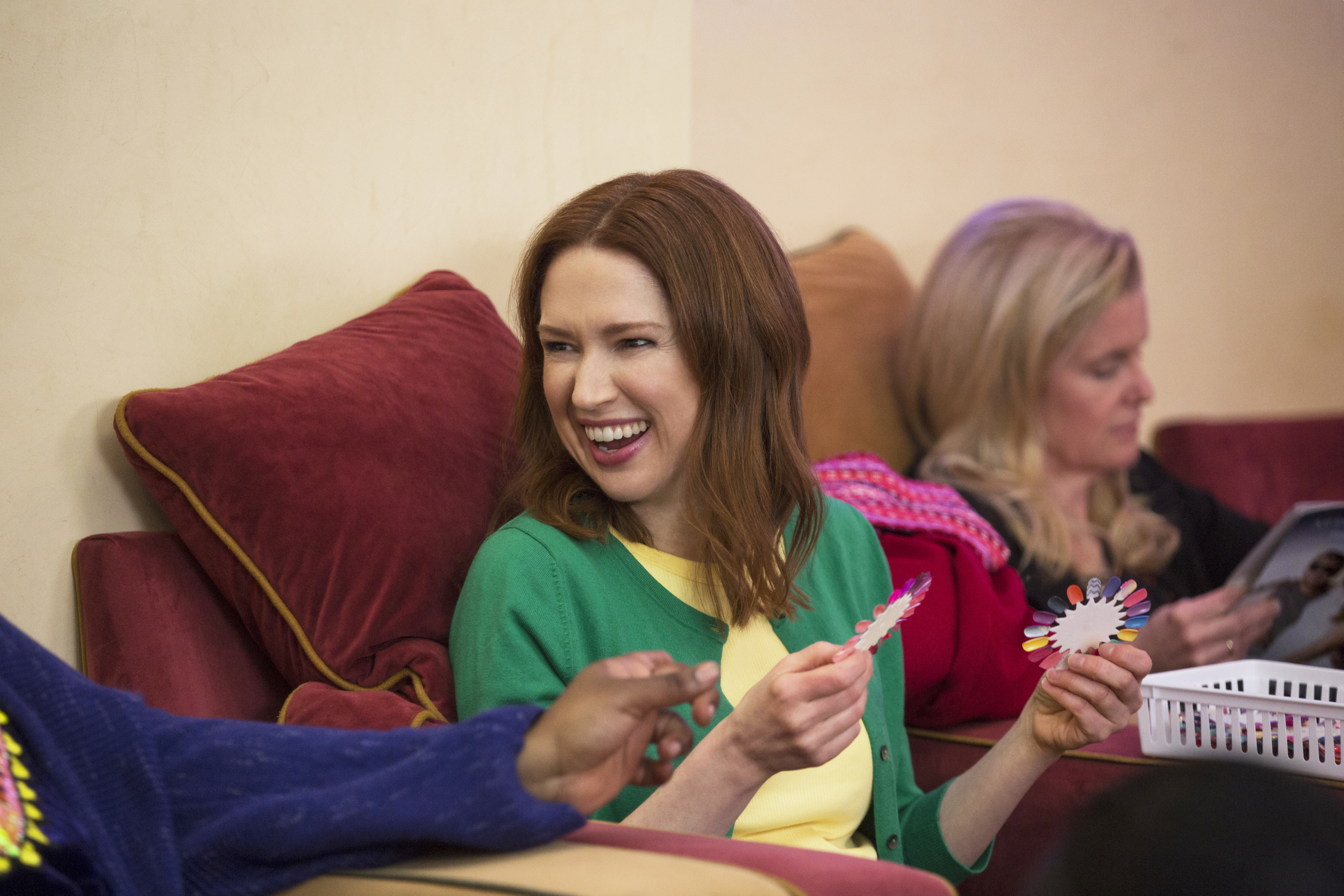 Now it’s time to see just how long is 5eva on Netflix. “Girls5eva” boasts a cast of prominent names from the worlds of music and musical theatre, including Sara Bareilles, Renée Elise Goldsberry, Paula Pell, and Busy Philipps.

“Our deepest thanks to Peacock for bringing ‘Girls5eva’ to life and supporting us creatively at every turn since the first pitch. And we are endlessly grateful to our partners at NBCU for their boundless commitment. Today, we are thrilled to announce that our reunited girl group will be re-reunited at Netflix,” exec producers Scardino, Fey, Carlock, and Jeff Richmond said in a statement shared Thursday with IndieWire. “We are so thankful to everyone at the streamer who fell in love with our music-filled comedy. We cannot wait to introduce Dawn, Wickie, Summer, and Gloria to the global Netflix audience. Well, not fully introduce, if you look closely, ‘Girls5eva’ can be seen in the background of the Woodstock ’99 documentary setting a porta potty on fire.”

“We are so happy to bring ‘Girls5eva’ to Netflix,” Pakosta added. “Just like the show, we are so excited to reunite with this amazing team.”

10/28/2022 TV & Movies Comments Off on Girls5eva Was Flightless on Peacock: Heres Why It Moved to Netflix
Recent Posts