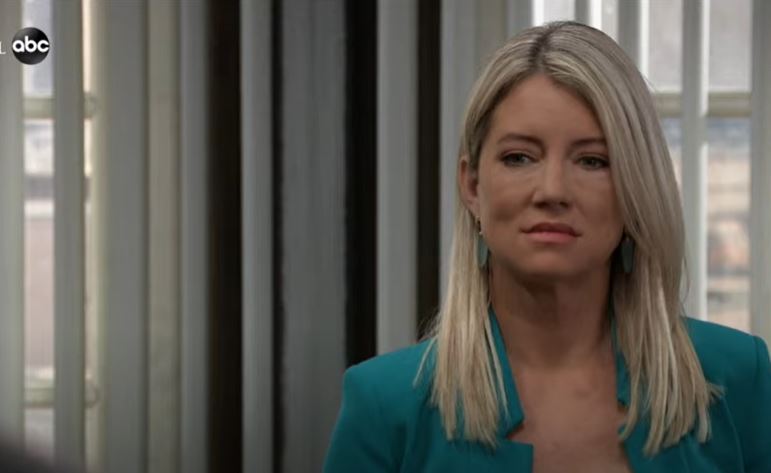 General Hospital fans will be in for a treat as they watch Nina Reeves keep a very big secret from Carly Corinthos as revenge.

Nina knows that Sonny is alive and where he is but she won’t share the news after learning Carly had failed to reveal that Nelle Benson was Nina’s daughter.

Britt has a change of heart, Carly and Joss visit Morgan’s grave while Ava offers a bit of insight.

Then Tuesday sees Jax urge Joss to live life to the fullest and elsewhere, Nina has second thoughts.

On Wednesday, Sam and Jason have a bittersweet cross and Olivia expresses her anger.

Meanwhile, Nina is furious, Portia worries about Cyrus’ influence over Britt and Lesley takes a stand.

The week ends with Nina turning to Jordan for help on Friday, while Cyrus threatens Brando.

Elsewhere, Portia is surprised, Britt confides in Jason and Valentin sees an opportunity for a second chance.