Frozen 2 finally landed in cinemas last November, six years after the original movie was released. Elsa (voiced by Idina Menzel), her sister Anna (Kristin Bell), Kristoff (Jonathan Groff), Olaf (Josh Gad) and Sven first found their home in the hearts of Disney fans in 2013, but the second film more than lived up to expectations. The reviews were overwhelmingly positive and the sequel has gone on to break records, becoming the highest-grossing animated movie in history.

The story followed Elsa’s search for answers about her identity as she continued to come to terms with her magic powers.

But it wasn’t just Elsa who had questions she was seeking answers to.

Her younger sister Anna was also still working out her place in the world and, among other things, processing the loneliness and isolation she felt as a child after losing her best friend, Elsa, when she became reclusive due to the volatility of her powers. 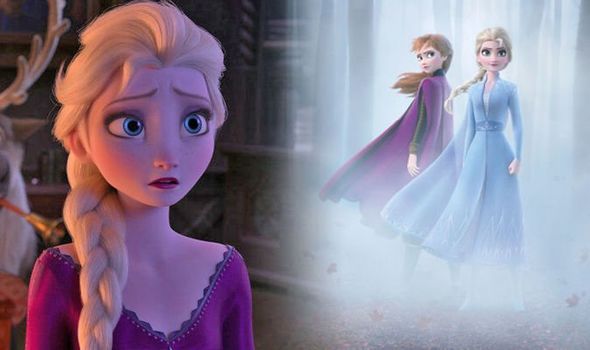 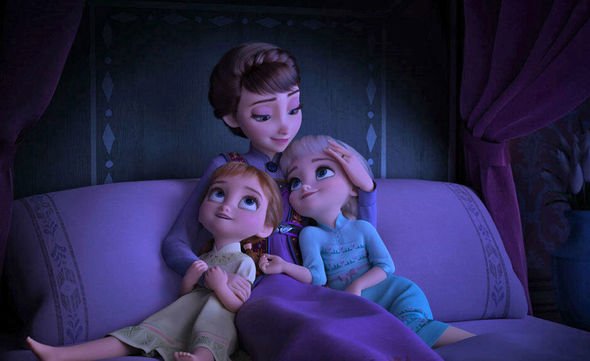 In a video which Disney Movies shared on YouTube, Frozen directors Chris Buck and Jennifer Lee opened up about a scene which never made it onto the film but which would have shed some light on the way Anna was isolated when she was younger.

“Anna was struggling so much in earlier versions with, ‘Did my parents really trust me? Why was I shut out?’” Lee explained. “She still had questions she needed answers for and I still find that fascinating.

“We loved this idea that, after Ahtohallan, Elsa could give her a memory that would tell her how her parents felt about her.”

The video then showed a storyboard version of a scene in which Elsa uses her newly discovered power of drawing memories from water to show her sister a conversation between their parents before their tragic deaths. 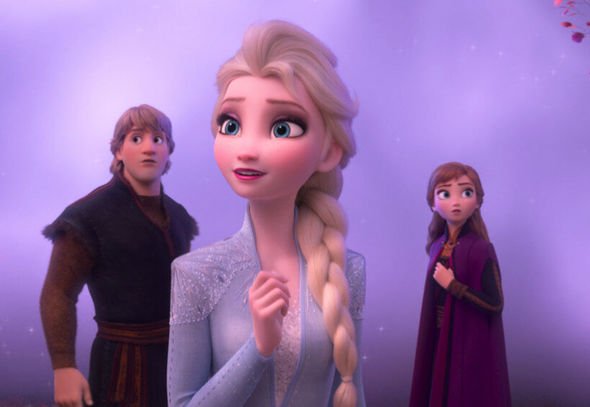 Elsa begins by telling Anna she has something she wants to show her, before summoning a memory of their parents, Queen Iduna (Evan Rachel Wood) and King Agnarr (Alfred Molina) from ice.

“Darling, I’ve been thinking, it might be time to tell Anna about Elsa,” the Queen says to her husband as Anna gasps at the apparition.

“I can’t bear keeping her shut out anymore. She’s maturing now. She can be responsible.”

“It’s not Anna I’m worried about,” the King replied. “What if we let them get close again and the feelings are too much for Elsa? Joy brings her powers out as strongly as fear.”

“But if anyone can find a way to hep her, it’s Anna,” Elsa and Anna’s mother says.

“You might be right about that,” he conceded. “There’s not much that girl can’t do.”

“Her love could hold up the world,” Queen Iduna murmurs.

Watching on, Anna begins to cry as she realises the reason her parents had kept her shut out from the truth about Elsa’s identity and why their childhoods had been so cut off from the outside world.

“Lucky for the world…” the King says gently. “Okay, we’ll tell her when we return.”

In the animation, Anna throws her arms around her sister’s neck as the memory of their parents disappears, gasping: “Thank you so much for that.”

The heart-wrenching scene would have given Anna the answers she was seeking about her upbringing and her relationships with her sister and parents.

Related posts:
02/08/2020 TV & Movies Comments Off on Frozen 2: Elsa makes HEART-WRENCHING revelation to Anna in deleted scene
Recent Posts
We and our partners use cookies on this site to improve our service, perform analytics, personalize advertising, measure advertising performance, and remember website preferences.Ok