Trace Lehnhoff, former design associate on Flipping Out recently shared an Instagram selfie that shows what he’s been doing during the pandemic. He’s been pumping massive amounts of weights and getting uber-fit.

Lehnhoff hasn’t been shy about showing off his ripped physique on Instagram. He’s shared a slew of body shots of his enviable abs and perfectly built lean muscle. But the latest shot he posted to Instagram appeared that he’s added even more muscle. He captioned the photo with “Haven’t had my coffee yet.” 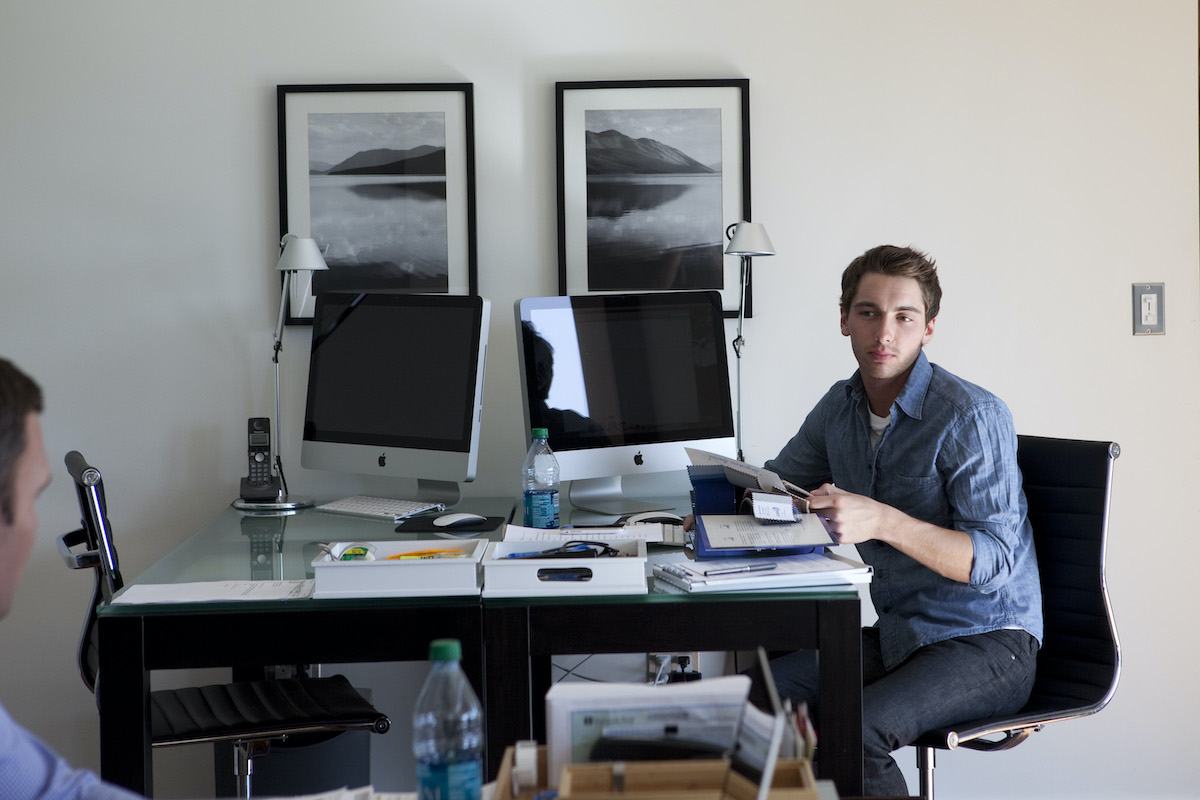 One of Lehnhoff’s Instagram followers noticed that he seems to have packed on more muscle. He replied with a raising hands emoji. Others replied with fire and heart emojis.

But seeing Lehnhoff looking so fit isn’t anything new for his 86,000 plus Instagram followers. He’s been sharing muscle shots for some time as he seemed to get only stronger during quarantine. He shared another full-body selfie on Instagram in March looking lean. “Easy like Sunday morning,” he wrote.

He also posted another recent photo looking off into the horizon. “All day i dream about…sports???” he captioned it. Certainly, sports are a big part of his life as it is readily apparent he’s not couch surfing during the pandemic.

Lehnhoff was a fresh-faced college student when he joined Flipping Out. “I was thrown to the tigers when I got in there,” Lehnhoff told Sioux City Journal in 2010. “I had no idea what to expect. Jeff demands a lot and he’s known to be very difficult.”

But he shared that being on television made him take a second look at how he appeared on film. “Seeing yourself on TV makes everyone a little uncomfortable, but it was OK. Sometimes you think, ‘Why did I wear that? Why do I look 12 pounds heavier?’ It is what it is,” he remarked.

He also shared what it was like to work for Lewis, especially when he’d have one of his infamous tirades. “We take whatever he says and brush it off,” he said. “He’s a little sarcastic but I get his humor. A lot of people don’t. He’s never all that mean but he does know how to push your buttons.”

Lehnhoff also gave Megan Weaver some tips on how to avoid drama when she started at the firm. “On my first day, so I came to work and sat down at the desk where they told me,” she said on the Behind the Velvet Rope with David Yontef podcast.

“Then I got up to use the restroom or to get something and Trace looked at me. He goes, ‘Honey, you need to push your chair in every time you get up from your desk,’” she said. “I was like, Oh, okay. And I went up and I pushed my chair in and I never left my chair out again. That was when I realized [Lewis] likes things the way he likes him, you know? And we all kind of looked out for each other, the people who worked in the office, you know, so, but yeah, he’s, he’s definitely regimented.”

04/26/2021 TV & Movies Comments Off on 'Flipping Out': Trace Lehnhoff Is Designing More Than Homes – He Designed a Totally Ripped Body
Recent Posts