Megan Weaver from Flipping Out opened up about what it was like to be a design associate for Jeff Lewis. She also revealed which employee took the brunt of Lewis’s teasing and practical jokes. 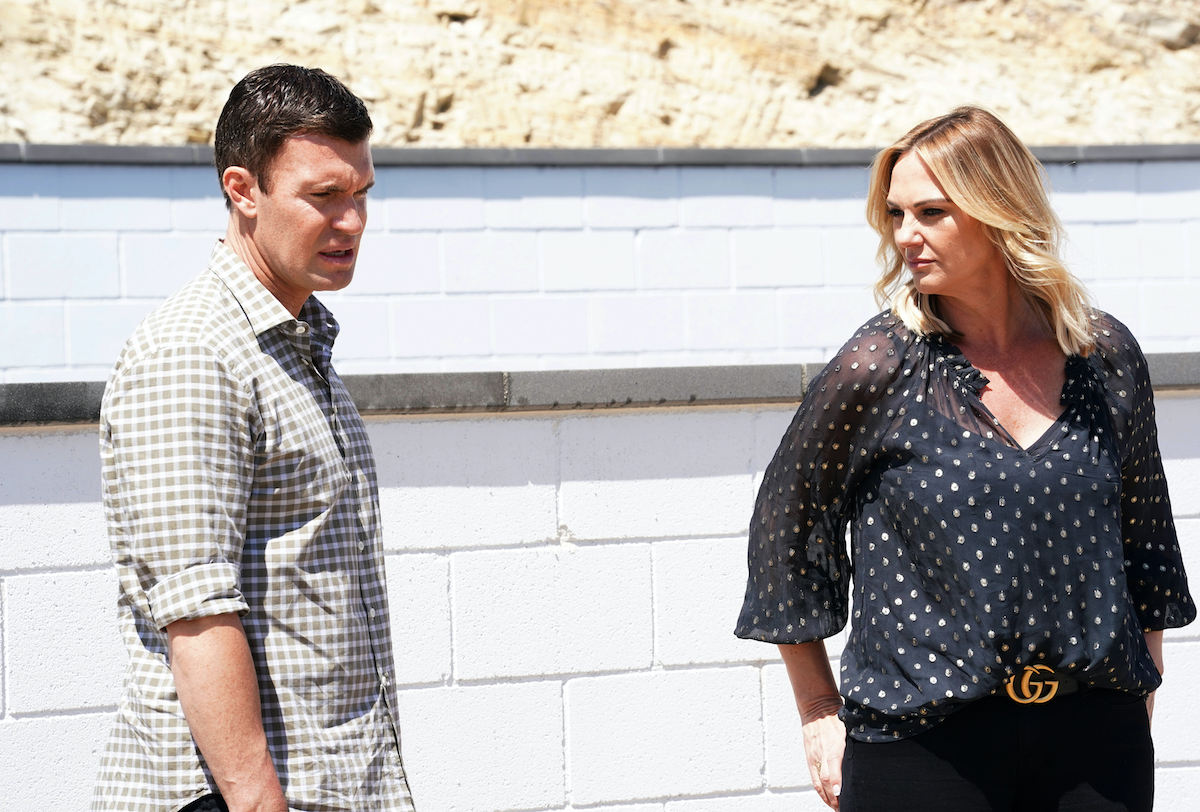 “On my first day, so I came to work and sat down at the desk where they told me,” she recounted on the Behind the Velvet Rope with David Yontef podcast.

“Then I got up to use the restroom or to get something and Trace [Lehnhoff] looked at me. He goes, ‘Honey, you need to push your chair in every time you get up from your desk,’” she said. “I was like, Oh, okay. And I went up and I pushed my chair in and I never left my chair out again. That was when I realized [Lewis] likes things the way he likes him, you know? And we all kind of looked out for each other, the people who worked in the office, you know, so, but yeah, he’s, he’s definitely regimented.”

“It’s a real thing,” she added. “He straightens everything on his desk. Everything has to be in perfect alignment.”

Lewis is seen “flipping out” on a slew of employees. But Weaver said she typically wasn’t on the receiving end of his anger.

“I think there were times where he would [yell at me], it wasn’t ever on camera,” she said. “But if I was a little bit if I didn’t do the work and check my work, do you know what I mean? If I was a little lazy or did it half-ass he always says that I’m half-assed.”

“But if I just didn’t check my work properly or misspelled something or left something out, he’d be like, you’re so lazy, you know?” she added. “But I never got screamed at, we’ve never had any kind of major conflict. I’m happy to say in our entire time together, which is unless we did. And I’m just blocking it out like PTSD. But I honestly don’t think we’ve ever had a big blowout.”

Andrew Coleman was teased the most at Jeff Lewis Design

Weaver said Andrew Coleman from season 7 ended up getting the most abuse from Lewis. “I think he got the brunt of the teasing and the, you know, the practical jokes. Putting spiders on his computer and just really razzing him,” Weaver said. “And he took it. He took a lot. That kid took a lot of abuse.”

Coleman’s resume ended up being peppered with a slew of falsities, which Lewis questioned. Coleman became exasperated and stormed out of work. He never returned to the office.

Next to Coleman, Zoila Chavez, and Jenni Pulos were also teased quite a bit, Weaver said. “They both did,” she said. “I would have to say Zoila. Because you know, Jenni was always pretty much in on the joke and she was sort of, she was such a clown and so funny. And so, you know, just so much fun to watch and with her, and then Zoila was too. But sometimes when Zoila didn’t want to be teased or pushed, she would not have it. She would get really, really upset.”

02/02/2021 TV & Movies Comments Off on 'Flipping Out': Megan Weaver Reveals What It Was Really Like To Work for Jeff Lewis and Which Employee Took the Most 'Abuse'
Recent Posts