BACHELOR nation is enraged over Peter Weber’s performance as the leading man and demand fan-favorite Mike Johnson come to the rescue.

Many fans of the hit ABC show were hopeful beloved Bachelorette contestant Mike, 31, would be crowned with the highly-coveted title before it was announced in September 2019 that Pilot Pete, 28, snagged the honor. 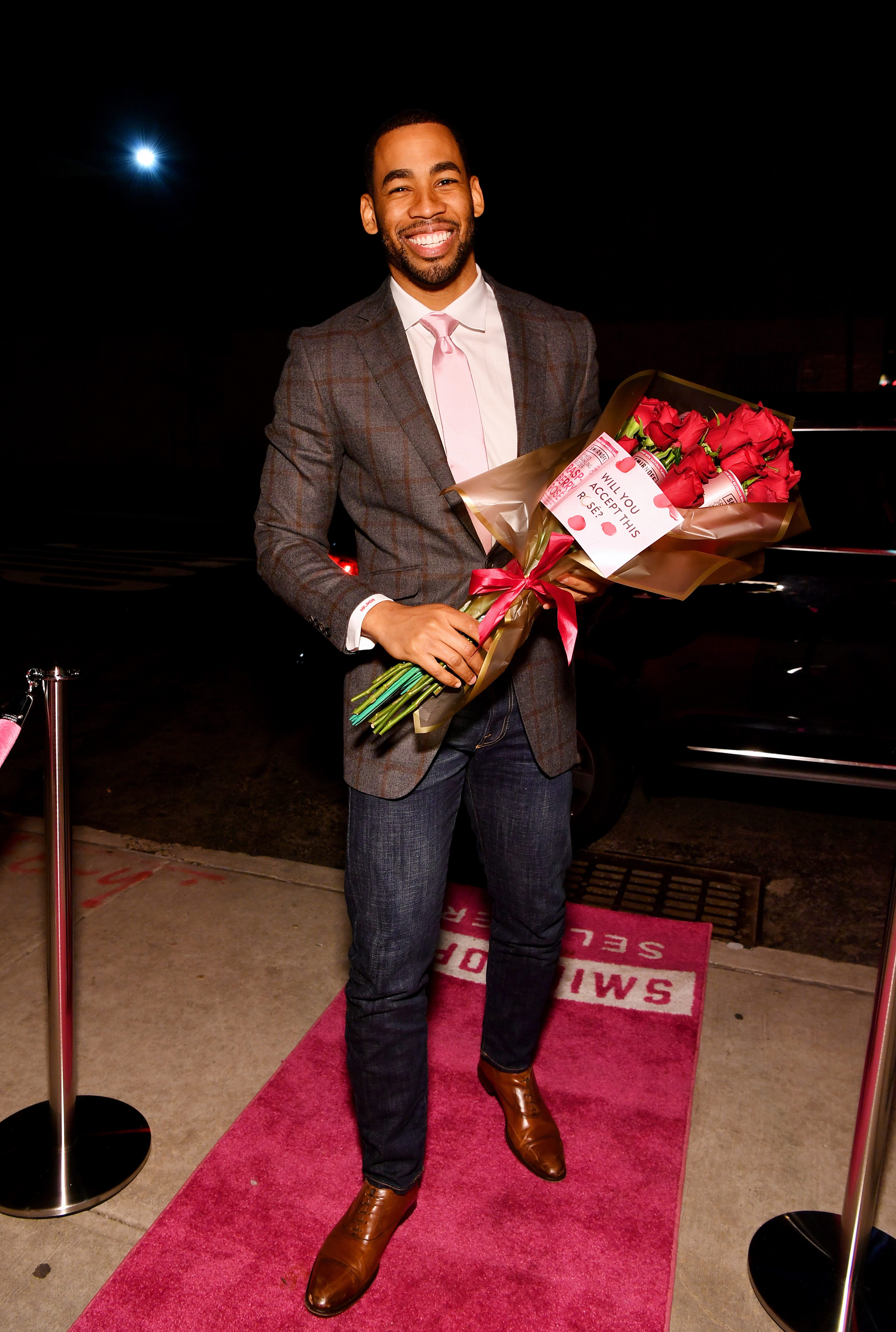 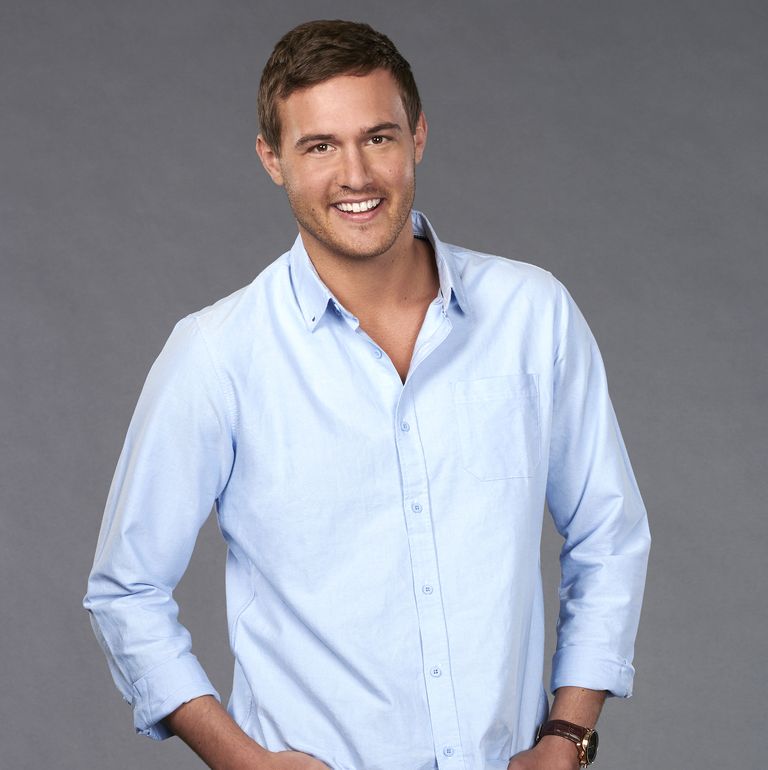 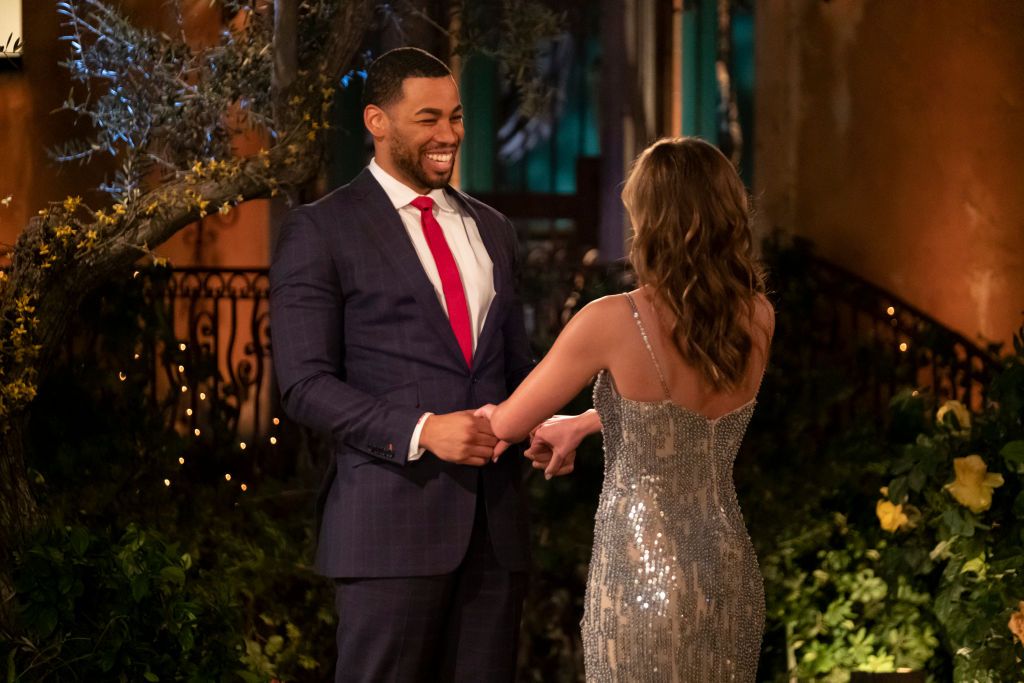 After being eliminated in week 7 last season by Hannah Brown, 25, viewers thought it was a no-brainer to cast the charming gentleman as the first person of color to lead a season of The Bachelor.

Fans thought the Air Force vet was robbed and after being left less-than-impressed with the windmill expert’s new season, their fears have been proven right – and they’ve called for action.

A livid viewer said: ”This season keeps proving that abc f***d over america as well as mike johnson for not making him the bachelor and in this essay I will.”

"Skipping this season cause Mike Johnson should’ve been the bachelor,” another fan wrote. 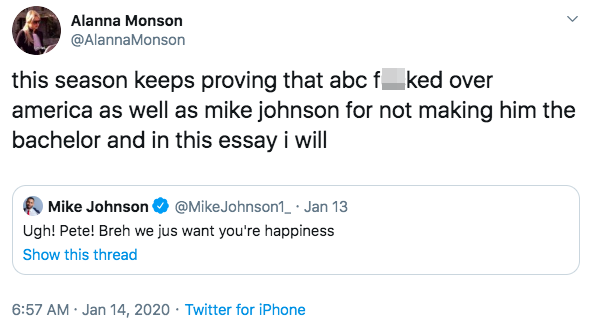 The frustration continued: ”Mike Johnson is the one true bachelor, and that he wasn’t chosen for this season is an unforgivable crime.”

"I will keep saying it until my heart beats its last… MIKE. JOHNSON. FOR. BACHELOR!!!!!!!! #MikeJohnsonforBachelor @MikeJohnson1_” another livid watcher exclaimed.

Both the show and network have long faced criticism for its lack of diversity in the 24 seasons since it began to air.

The first and only African-American contestant who has been cast as the lead in the franchise was attorney Rachel Lindsay, 34 – who became The Bachelorette in 2017. 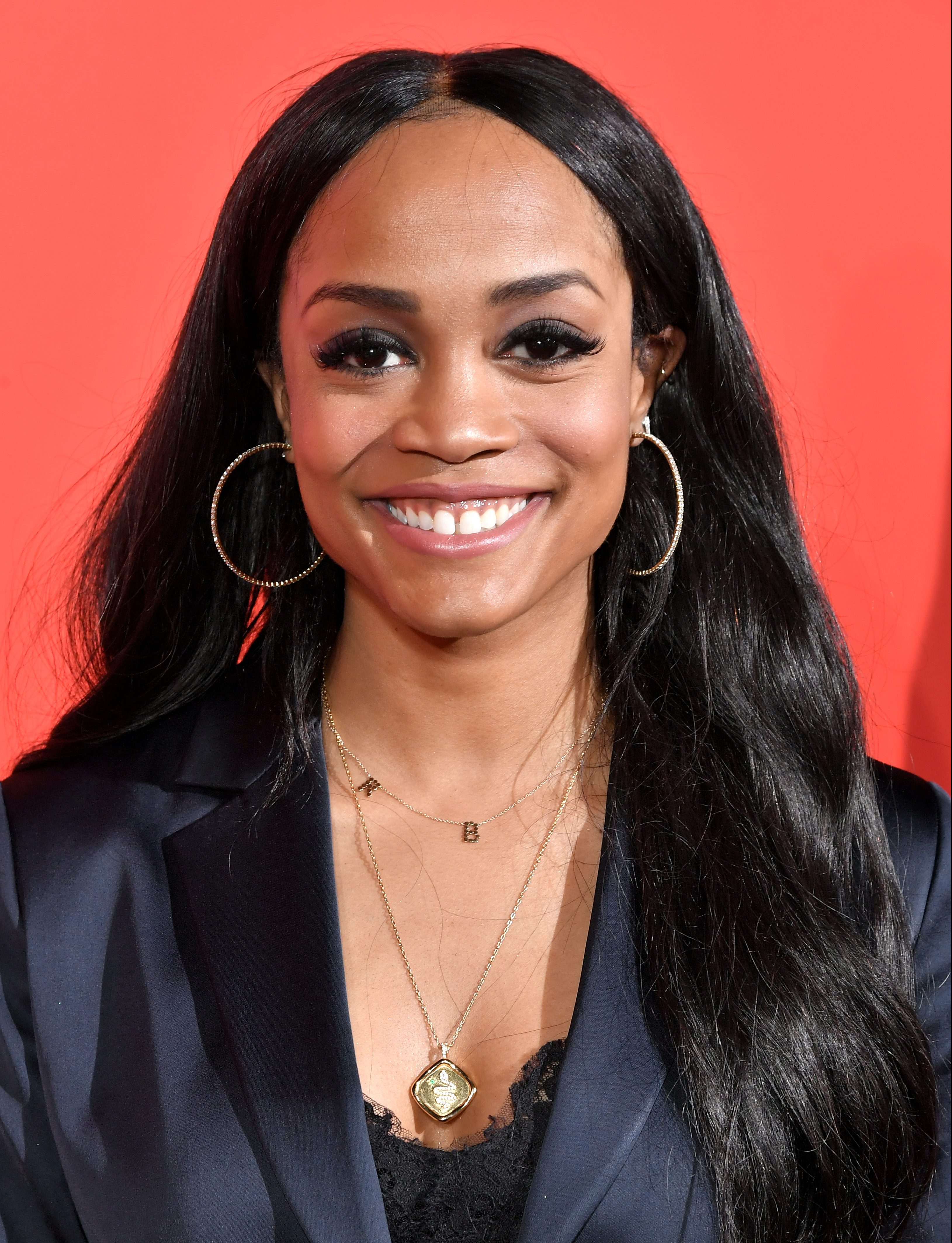 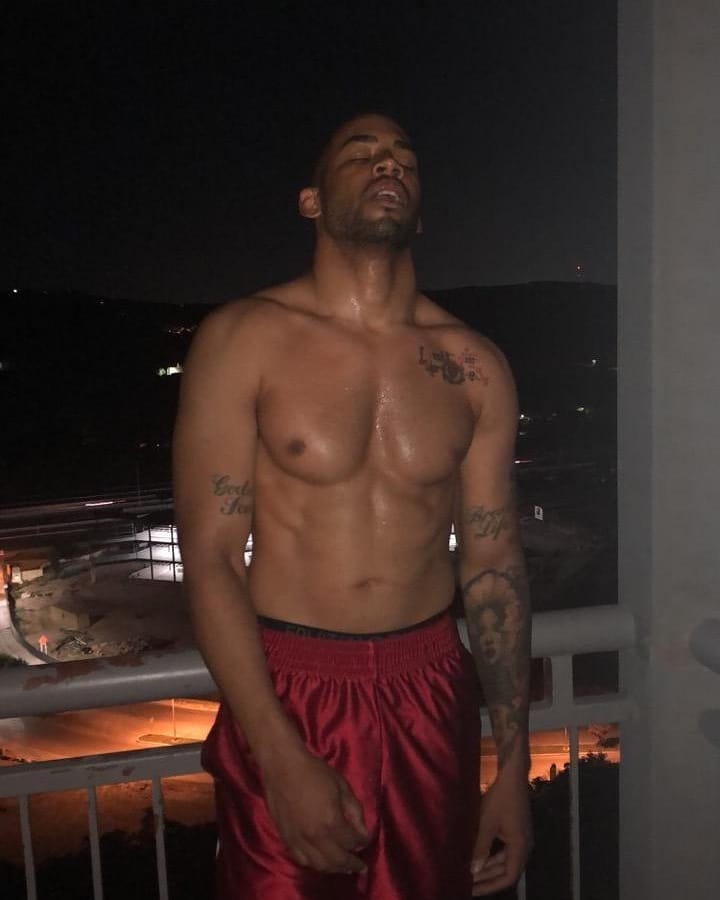 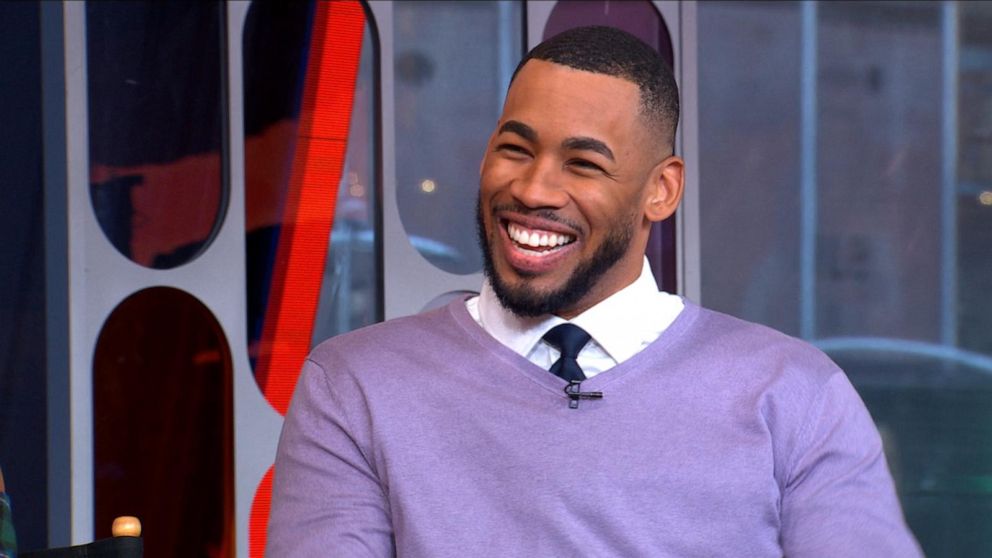 He said after the aviation enthusiast was cast: ”I think of diversity more than just black and white. And yes, Peter has a Cuban mom, but let's just be honest — he's white, right? And that's just being completely transparent.

"I think that there should be an Asian lead, an Indian lead… diversity is not just black and white. It's not just salt and pepper,” he said to ET.

Mike was open to the reality title and appeared on Rachel’s podcast Bachelor Happy Hour and transparently said: “When I first found out, I’m not gonna lie — I was sad. I was annoyed.

“But I was appreciative and thankful that they told me ‘no’ right then and there, because now I can focus on myself. I’m just blessed because I know I’m gonna find my wife and find my queen.” 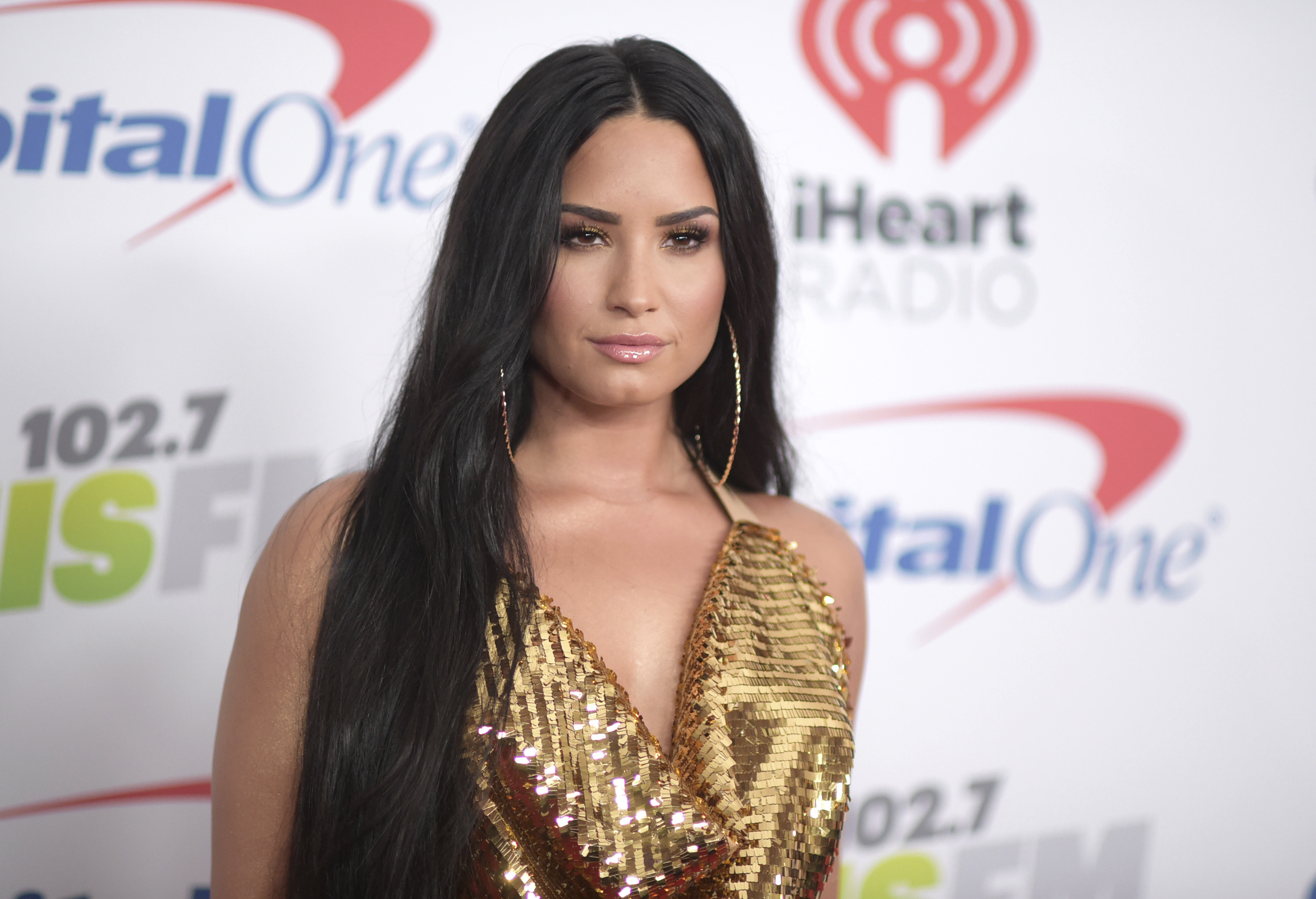 He tried to find his queen with pop star Demi Lovato, 27, during a brief fling between the pair in Fall of 2019 after the Bachelor fan and contestant exchanged flirty messages on social media.

The reality personality kiss and told about the typically-private singer on the Almost Famous Podcast: "We've gone on more than one date, I like her tattoos. We both have a lot of tattoos and she kisses really well.

”I'm all about her too and she definitely was the aggressor. I find it incredibly sexy. I love that, like you want me, come at me. If I want you, I'm going to come at you and I'm coming at her as well.”

Shortly after his revealing interview, it was announced the fleeting romance between the two was over.

In addition to his attempts at winning his Alabama ex’s heart, the reality star also tried for love on last Summer’s popular spinoff Bachelor in Paradise.

After he failed to form a connection with his fellow contestants, the smiley portfolio manager was eliminated in week 4 after only 2 weeks at the exotic Mexican resort where the show is filmed.

Related posts:
01/17/2020 TV & Movies Comments Off on Fans beg Bachelorette alum Mike Johnson to be the next Bachelor – and hunk says he’s open to reality role – The Sun
Recent Posts
We and our partners use cookies on this site to improve our service, perform analytics, personalize advertising, measure advertising performance, and remember website preferences.Ok