The Falcon and The Winter Soldier: Disney+ release first trailer

The Falcon and the Winter Soldier will be released on Disney Plus on March 19, after the trailer aired in the 2021 SuperBowl to whet fans’ appetites. Like its predecessor WandaVision, there are a great many theories about how this show relates to the wider MCU timeline, and how it will ultimately weave the upcoming movies together. While WandaVision spanned a vast period in time, with the characters flitting through the decades, will this be the same for Falcon and the Winter Soldier?

Where does The Falcon and the Winter Soldier fit into the MCU timeline?

Unlike WandaVision, this series has a very clear place in the Marvel Cinematic Universe.

In fact, it is a linear continuation of where fans left the movie franchise.

According to the official synopsis of the series, it continues straight after the events of Avengers: Endgame, though this is not clear when reading it. 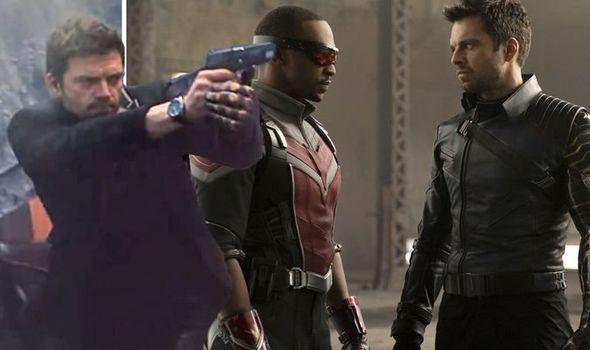 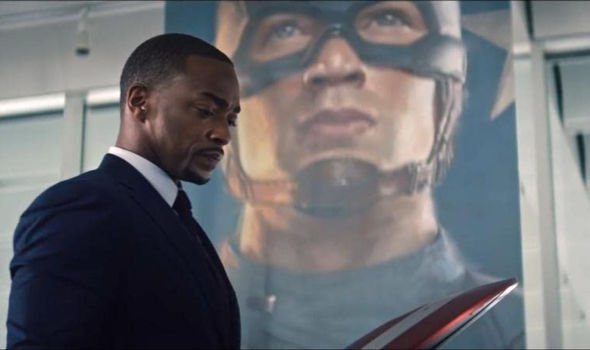 The synopsis reads: “Following the events of Avengers: Endgame, Sam Wilson/Falcon (Anthony Mackie) and Bucky Barnes/Winter Soldier (Sebastian Stan) team up in a global adventure that tests their abilities—and their patience—in Marvel Studios’ The Falcon and The Winter Soldier.

“The series also welcomes the return of Emily VanCamp as Sharon Carter and Daniel Brühl as the villain, Zemo, plus the addition of Wyatt Russell who will be playing John Walker, a character that most comic book fans will recognize.

“The all-new series is directed by Kari Skogland; Malcolm Spellman is the head writer. Debuts on Disney+ this fall.”

While the synopsis does not give things away, further releases from Disney Plus have explained how the series follows on from Avengers: Endgame. 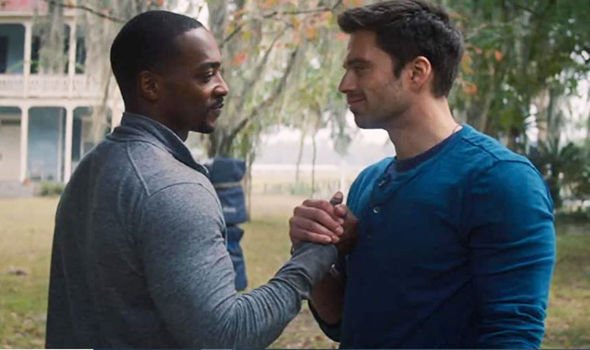 The series was due to air in August 2020 to carry on from the final film in the series, but production was delayed due to the coronavirus pandemic halting work.

However, the series was finished in autumn of last year and is now heading to our screens – but when is it set?

He decided it was his time as well, so he used the ‘time machine’ created with quantum technology to go back in time and relive his life, this time with Agent Peggy Carter (Hayley Atwell) on his arm, dancing with the crooners singing on the wireless. 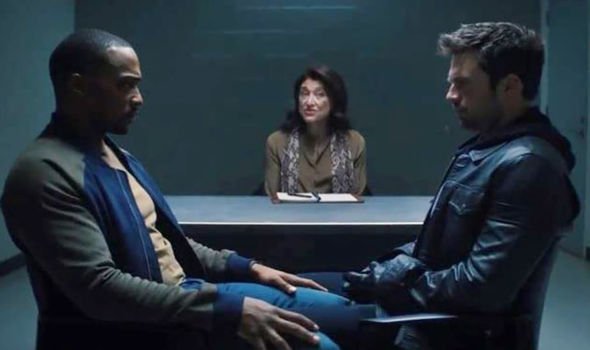 He was then seen years later as a much older man, at which time he gave his shield to Sam.

This links with the comic books, in which Sam Wilson becomes Captain America, and new imagery for the series sees him wielding the iconic emblem.

However, it is not as simple as just fighting crime together. In fact, as the new trailer suggests, these two do not get on very well at all, given Sam has replaced Bucky Barnes’ best pal in the world.

And to make matters worse, it looks as though the former Sokovian colonel Helmut Zemo is back to try and get rid of super-powered human beings like them.

This could naturally create tension between them, while Sharon Carter’s (Emily VanCamp) arrival may also cause some fireworks.

However, it is clear their mission is to try and make sure the post-Blip world is still standing, despite S.H.I.E.L.D. no longer being what it was before.

It may also be they have to share some of the superhero spotlight with US Agent, real name John Walker (Wyatt Russell) – another superhero on the scene who proves to be making life difficult for the pair in his own way.

While it is hard to tell why these two can’t get along, one thing is for sure: the series will move forward the MCU and hopefully provide some well-needed answers.

02/08/2021 TV & Movies Comments Off on Falcon and the Winter Soldier: Where does the Disney Plus show fit into the timeline?
Recent Posts