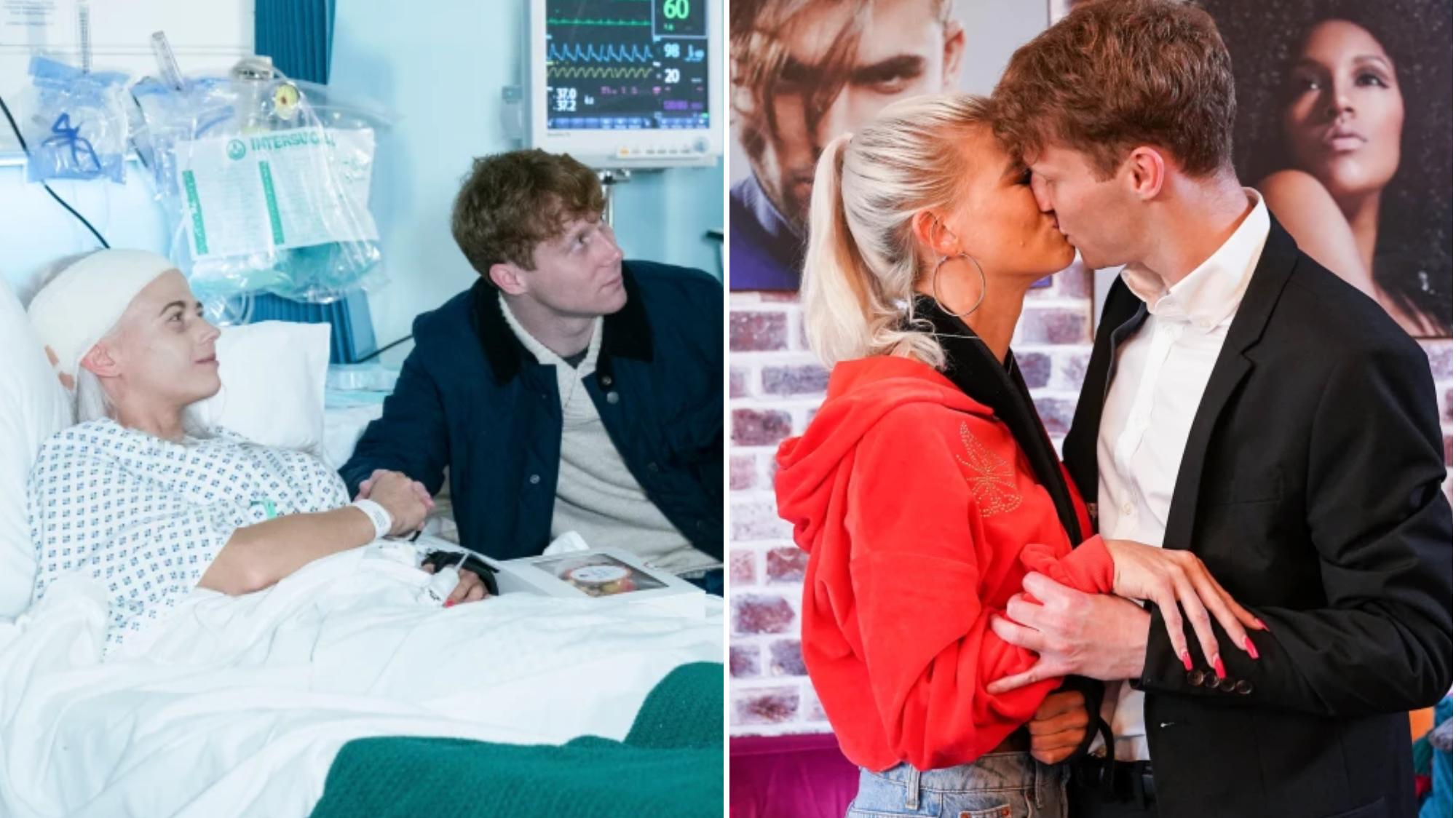 Lola, as viewers know, was diagnosed with a cancerous brain tumour last month, after she collapsed and ended up in hospital following a dizzy spell.

The doctors carried out a scan which confirmed her diagnosis, and surgery was set in motion for the following week.

Lola was then taken for surgery in the hopes of having the tumour removed,  but the doctors soon had devastating news for her.

Subsequent scenes saw the consultant confirm that, while doctors were able to remove some of the tumour, it continues to grow at a rapid rate, branding the tumour an ‘incurable’ one.

Lola’s loved ones resolved to be by her side every step of the way in what is set to be an incredibly emotional few months and, according to The Sun, she and long-time love Jay will tie the knot at Christmas.

‘It’s the big seasonal plotline and there won’t be a dry eye in the house,’ a source told the publication.

‘EastEnders fans will be rooting for Lola to be happy after the traumatic news that she is dying of a brain tumour.

‘The highly-charged scenes will be a big hit.’

It was confirmed last month that Lola would be diagnosed with a brain tumour.

Talking about the storyline, Danielle Harold said: ‘It means so much to be trusted with a storyline like this – one that’s close to many people’s hearts.

‘Sadly many of our viewers will be able to relate to Lola’s story and it’s been heart-breaking to speak to the families affected by brain tumours and hear their stories.’

Ahead of the storyline, Lola reunited with soulmate Jay, who she previously dated and the two were excited about the prospect of spending the rest of their lives together.