Emmerdale: Vinny calls his dad after Liv has a convulsion

Mandy Dingle (played by Lisa Riley) has no idea Vinny Dingle (Bradley Johnson) has been keeping Paul Ashdale’s (Reece Dinsdale) gambling secret. The Dingle matriarch plans an elaborate marriage proposal after realising she wants to cement her future as a family but Vinny will be horrified by Paul’s response. Will Emmerdale’s Vinny tell his mum the truth?

Speaking to Express.co.uk and other press, Lisa explained why Mandy decides to take her relationship with Paul to the next episode.

Lisa began: “Lydia [Hart] (Karen Blick) and Mandy are on their lunch break and they decide to pop into the pub, and they overhear a conversation between Paddy and Chaz.

“Paddy is Mandy’s ex-husband, but she’s so elated for Paddy to see how happy Chaz and Paddy are together.

“They leave the room and she turns to her confidant which is Lydia and she’s like, ‘Do you think I would be stupid to ask Paul to marry me?’” 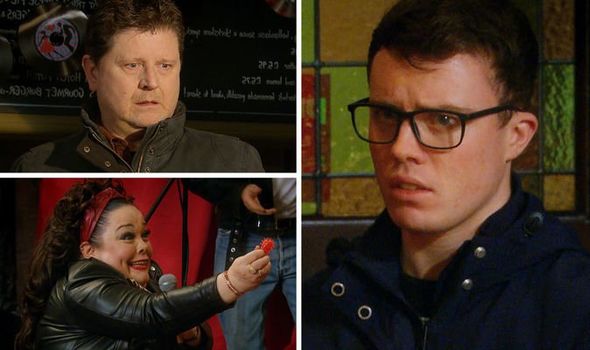 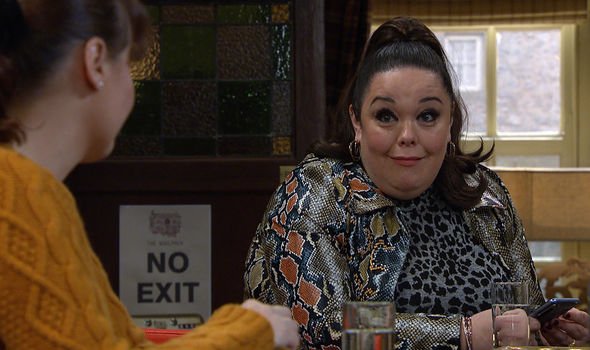 “She thinks it’s a complete joke but of course Mandy being Mandy she doesn’t jump in with one foot she jumps in with like 27 feet and always does and then deals with the consequences later,” Lisa continued.

“So she’s like, ‘For now, let it be our little secret and see how it plays out’ but of course Paul’s hovering around the house constantly.

“What Mandy doesn’t know is whilst he’s hovering around the house he’s doing all sorts.

“He’s on the phone to bookies on the phone to various people in scrap yards and doing his dodgy stuff but Mandy is so engrossed in this secret her and Lydia have, she’s completely oblivious to what’s going on only a metre away from her.” 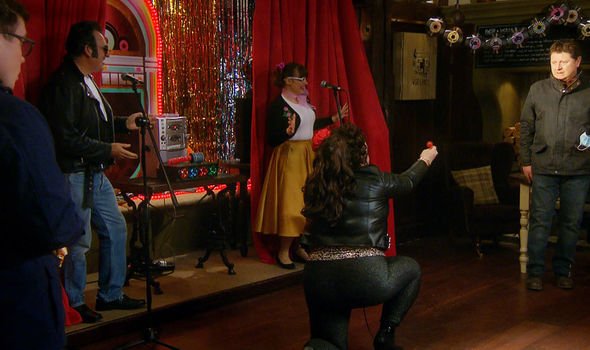 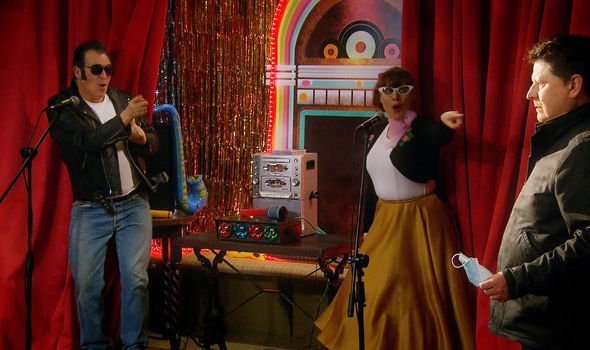 “She goes for it and Lydia is very much a part of a big proposal that is phenomenal,” Lisa added.

Meanwhile, Vinny reminds Paul that if he doesn’t tell Mandy about his gambling he will be forced to but when they arrive at the pub, Mandy launches into a musical proposal.

“There’s no subtlety to this proposal,” Lisa explained. “Subtle does not exist, it’s Mandy’s version of Greece she dresses up as her version of Sandra Dee, nothing like the one from the film it’s her version.

“She serenades Paul with Your The One That I Want and she has Tony Audenshaw and the brilliant Karen Blick as divine backing singers for a karaoke session.”

“They are also in costume as Elvis, and a grease girl,” the actress revealed.

“What the viewer sees is Vinny and Paul are going to be on gas point 10, raging and they burst into the pub.

“You’re going to see this beautiful glitter ball just spinning in the darkness and then you hear Mandy’s voice singing.

“And she bursts through the door and after the karaoke version of Greece she jumps onto one knee and offers him a squeegee ring.

“It’s not a metal ring, it’s not a gold, silver or bronze ring it’s a squeegee ring that lights up when you press it to help Paul through stressful times.”

Paul feels put on the spot and awkwardly says yes while Vinny watches on appalled.

Will Vinny tell Mandy the truth about Paul’s gambling addiction and break her heart?

Or will Paul continue to emotionally blackmail Vinny into keeping quiet?

01/12/2021 TV & Movies Comments Off on Emmerdale spoilers: Vinny Dingle horrified by Paul’s response to Mandy’s marriage proposal
Recent Posts
We and our partners use cookies on this site to improve our service, perform analytics, personalize advertising, measure advertising performance, and remember website preferences.Ok