Victoria (played by Isabel Hodgins) hasn’t had much luck when it comes to love on Emmerdale, having gone through the breakdown of her marriage to Adam Barton (Adam Thomas) in the past few years and failing to make things official with Luke Posner (Max Parker) of late. Finally getting her head around being a mother to her young son Harry, it seems the beloved character could be on the lookout for love once more. With Leyla (Roxy Shahidi) getting a new admirer in upcoming scenes on the ITV soap, could the former Woolpack chef make a beeline for the newcomer?

The drama kicks off next week when mysterious heartthrob Gaz (Kem Hassan) turns up in the village with a connection to one of the established characters.

It’s not long before he’s attracting attention as he boasts about a date he’s waiting to begin with a lucky lady.

This sparks some confusion as the latter has recently reunited with her love interest, Dr Liam Cavanagh (Jonny McPherson).

Soon, the GP and the businesswoman’s son Jacob Gallagher (Joe-Warren Plant) discover what’s going on as the newcomer approaches his date who has no idea who he is, so could there be hope on the horizon for Victoria? 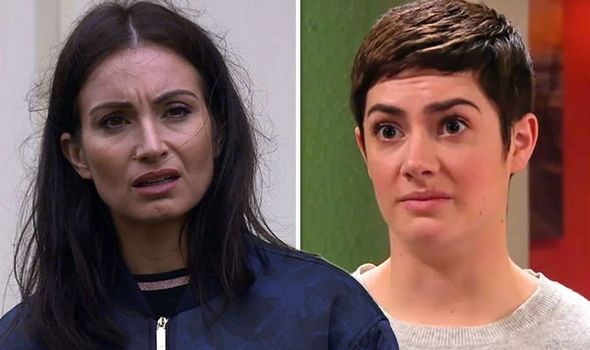 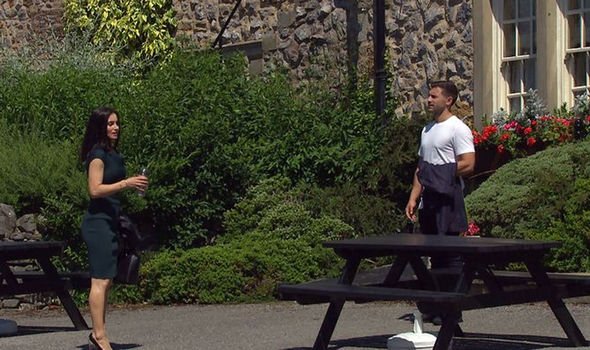 Although the mix-up is likely to leave Leyla and Liam questioning their relationship once again, Gaz could stick around for a while.

Having tried and failed to woo over the businesswoman with his charm, the newcomer could be on the lookout for other singletons.

As it seems Luke is now dating Amy Wyatt (Natalie Ann Jamieson), Victoria could decide she needs to get herself back on the dating scene.

Getting to know the mysterious heartthrob a little better, will sparks fly between the pair and a new romance start to blossom in the village? 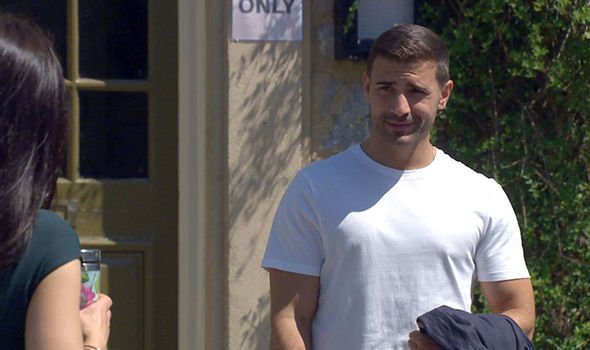 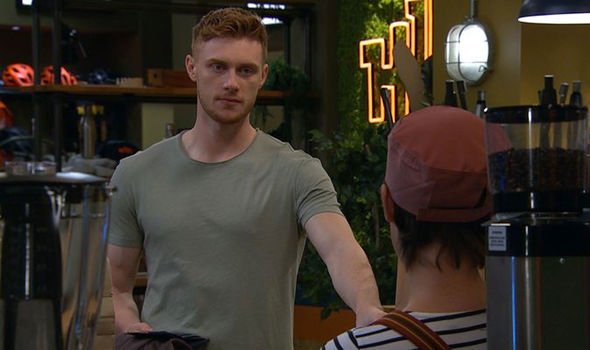 Since his arrival in the Dales last year, Luke has left the mother of his nephew in a dilemma over whether to pursue anything with him.

The heartthrob is, of course, the brother of Lee Posner (Kris Mochrie), who raped the former Woolpack chef.

Actress Isabel, 26, teased in December there would be trouble ahead for the pair following the birth of her character’s son.

Speaking with Express.co.uk and other press, the soap star said: “I think the situation is very difficult.”

She deserves a happy ending

“Him being Lee’s brother and I think he’s got a lot to deal with because his mum’s saying one and the girl he may or may not like is saying another thing,” Isabel explained.

“But I just think after everything she’s been through, I think she wants a friend. If that then turns into something, who knows? I think that would be nice.

“She deserves a happy ending, but we’ll just have to see how that unfolds,” the soap actress continued.

However, with Amy now becoming a hurdle to her plans, will Gaz provide the perfect distraction from Luke?

Elsewhere in the village, Leyla’s mix-up with Gaz is just one of the mysterious occurrences to happen to her as it becomes clear she is being targeted.

Speaking with Express.co.uk and other press recently, actress Roxy, 37, said: “When this guy turns up and says they’ve got a meeting, she’s nothing but apologetic, as she thinks she must’ve forgotten, or got the date wrong.

“It couldn’t be any more obvious, but she doesn’t twig until he’s being very overly obvious about why he’s there.

“At which point she asks for an explanation; she’s mortified when she sees herself on the app. She can’t get him out of there quick enough, she’s quite intimidated.”

But who is the sinister character wreaking havoc for the mother-of-one?