Rishi Sharma (played by Bhasker Patel) told Manpreet Sharma (Rebecca Sarker) he needed space after being told she’d almost married Charles Anderson (Kevin Mathurin) years previously. The business couldn’t handle his wife lying to him any longer while the vicar was happy to put the past behind him and move forward in Emmerdale. Manpreet is desperate for her husband to forgive her but if he continues to give her the silent treatment, will she find herself falling back in love with Charles?

In upcoming scenes, Manpreet tries to get her marriage back on track but Rishi refuses to hear her out.

When the doctor locks eyes with Charles across the village, she panics and rushes off in tears.

Charles follows after her and offers out an olive branch pointing out they have to put the past behind them.

Manpreet admits she’s trying to save her marriage and the vicar advises her not to give up. 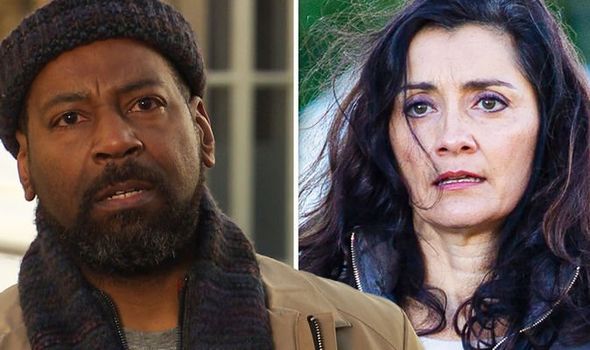 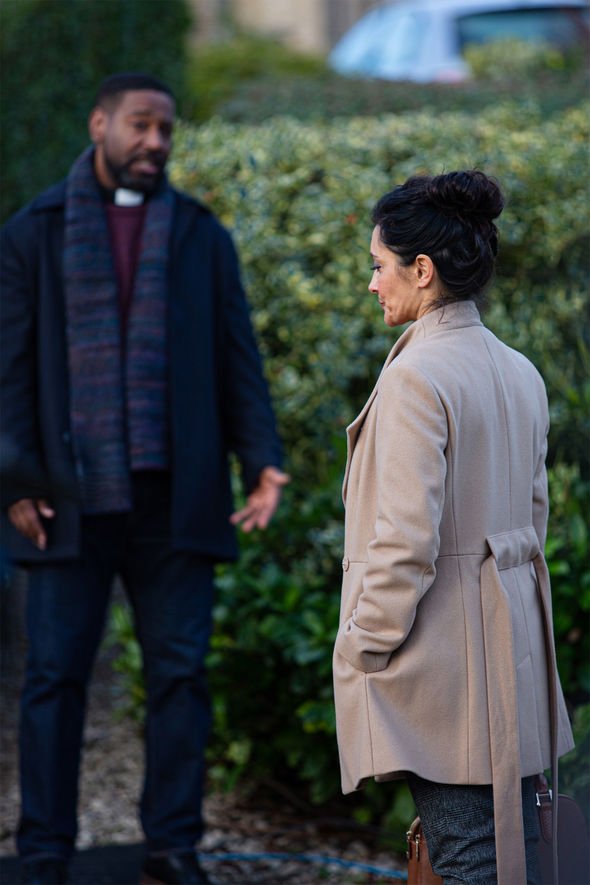 Charles tells his former partner Rishi will forgive her in time but Manpreet is hesitant to believe them.

Despite their conversation being purely platonic, Rishi watches on from afar horrified.

The businessman struggles to see the pair after discovering Manpreet has been lying to him for so long. 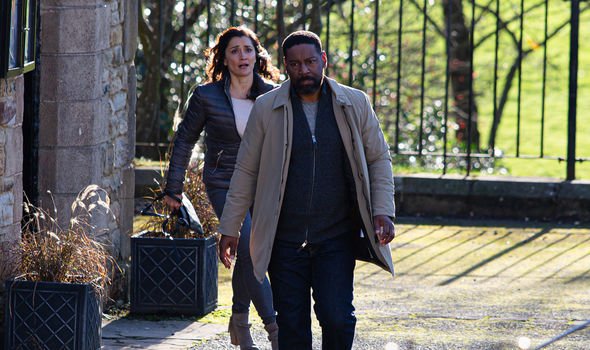 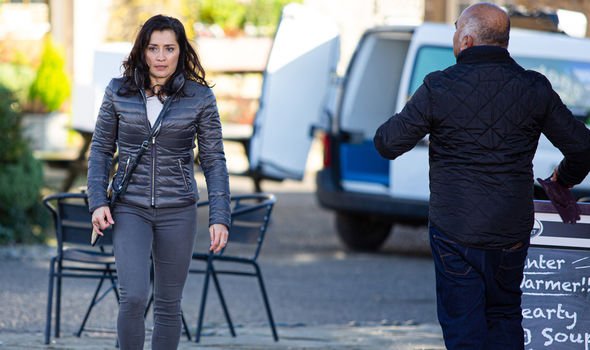 Manpreet is horrified by Meena’s words but takes the opportunity to beg for her husband’s forgiveness.

Rishi rejects Manpreet yet again and admits he can’t trust her after spotting her exchange with Charles.

Later, Charles reaches out to Rishi to convince him his marriage is worth saving but his meddling could be the final straw.

Speaking to Express.co.uk, Kevin revealed: “Charles doesn’t want to ruffle any feathers he’s got his answers, he’s accepted them and as a man of the cloth, so to speak, he’s healed.

“He’ll move on, he’ll try and forgive with a bit of humility and all he’s concerned about is his son’s feelings.

However, if Rishi ignores his pleas to forgive Charles, will the vicar take pity on his former partner and become her confidant?

The businessman may be right to be nervous about the former couple as Manpreet was prepared to marry the vicar and could fall for him a second time.

Ethan Anderson (Emile John) is a lot less forgiving of Manpreet and he would be furious if Charles let her back into their lives.

Emile explained: “I think he will be able to forgive her with time, I think he needs to see that she’s willing to fight for his forgiveness and that she remains remorseful in doing so.

“Ethan and his father differ. Charles has a strong sense of forgive and forget and Charles isn’t stupid, he takes into account that people actually need to be remorseful and repent their sins as it were.

“But Ethan is the kind of person where you don’t cross him more than once. If he forgives you that’s not something that he takes lightly.

“He will probably forgive Manpreet but he’ll expect her to really change not only towards him but in how she treats other people as well.”

If Ethan learns Manpreet has walked away from her marriage to embark on a romance with his father, he’ll be furious.

Although Manpreet’s sister recently arrived in the village, the doctor doesn’t have anyone else to rely on other than her husband’s family.

Will she decide it’s time to leave Emmerdale after accepting her marriage to Rishi is over for good?