Lydia Hart (played by Karen Blick) has been in Emmerdale since 2016 and she has become a firm favourite with those watching at home. The cleaner found love with Sam Dingle (James Hooton) last year and she has been officially welcomed into the Dingle family. But their loyalty was tested when they found out she had buried her baby after giving birth to it sleeping when she was 15 years old. When she explained the backstory, everyone understood the trauma she went through and as a result, she earned their respect. So much so, she is now considering the new Dingle matriarch – taking over Lisa Dingle’s (Jane Cox) former role. But what is in store for Lydia this year? The actress was asked whether she could see herself staying on the soap.

Karen replied: “I would love to, there are no guarantees with this job, we all know that you never know when your time is up.

In this show, I would love to stay as long as they’re happy to have me.

“As I say, I’m a Yorkshire woman, local to where I live and I mentioned this previously, it is a dream job so yes, I’m happy to stay for as long as the piers that are happy to have Lydia.”

She also discussed what it was like to work on the show: “I absolutely loved it, it’s amazing, it’s a fantastic opportunity. 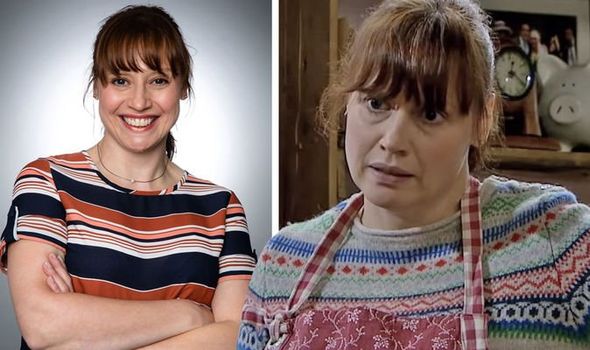 “There’s always an element and one of the characters – there’s so many Dingles that if something affects one of their lives or their story, then we’re all involved in some way,” Karen added.

“It’s good to have that wide representation in the Dingle women as well, there’s lots of different qualities that are seen within the female characters.”

As for her response to Lydia and Sam being called the new Lisa and Zak Dingle (Steve Halliwell), the actress commented: “I hear this a lot, I get asked this question quite a lot. 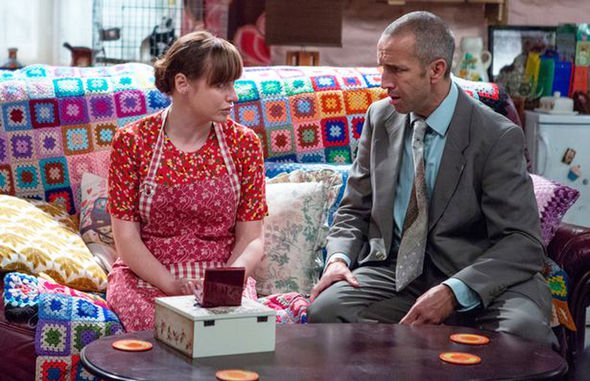 “And then it’s massively, massively flattering; to be able to think that you could continue in a role for as long as Jane Cox did, that would be absolutely amazing.

“But if we can fill a gap in some way then that’s a huge privilege, and is wonderful to do,” she added.

As for what’s coming up with Lydia, viewers will find her arrested next week.

It comes after Mandy Dingle (Lisa Riley) encourages Lydia to apply for a position at the local school following her successful counselling session with Vinny Dingle (Bradley Johnson). 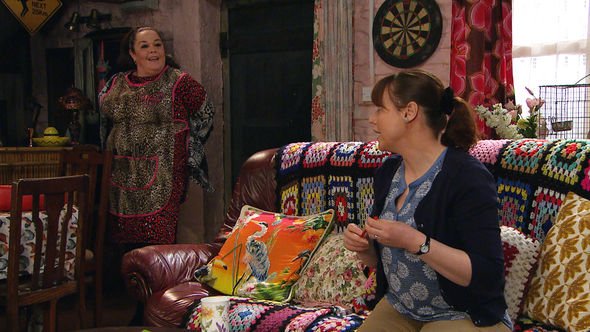 Mandy and Sam coach Lydia ahead of her interview and she is buoyed by their faith in her abilities.

In the cafe, viewers will see her prepared for her interview but she is horrified when her computer’s bombarded with dodgy pop-ups.

Lydia ignores the adverts and continues with her interview, overjoyed at how well it went.

But she is shocked when a police officer enters the cafe and arrests her on suspicion of running a scam pension scheme.

The Dingles rally around her when Nicola King (Nicola Wheeler) suggests Lydia might actually be guilty and the police officer escorts a terrified Lydia to the police station. 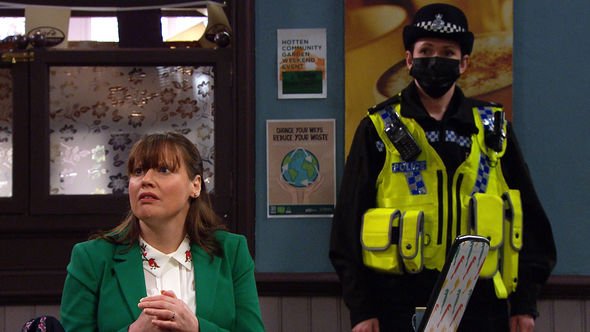 Sam erupts in anger when he realises who is likely to be behind the crime Lydia’s been nabbed for whilst Mandy turns her anger towards Nicola for spreading gossip about Lydia’s arrest.

The actress spoke about these scenes and how well the job interview went.

“She wasn’t expecting it [to go well],” Karen said. Like many people, many women in particular, Lydia has huge imposter syndrome when it comes to her counselling role.

“And though she’s qualified and she’s got a lot of experience I think a job in a school is a massive step up, especially from cleaning.”

04/27/2021 TV & Movies Comments Off on Emmerdale spoilers: Lydia Hart to exit? Star speaks out on leaving soap ‘Time is up’
Recent Posts