Kim Tate (played by Claire King) is determined to control every aspect of Jamie Tate’s (Alexander King) life and doesn’t take kindly to being told to back off. When she realises her son has gone against her wishes, the matriarch’s health takes a turn for the worse on Emmerdale and Kim may be forced into signing over Home Farm to her son or her protege Gabby Thomas (Rosie Bentham) as she takes a step back to focus on herself.

The matriarch wasn’t pleased when her daughter-in-law demanded Dale View in the settlement.

However, Jamie decides to ignore his mother and hand over the property to keep Millie nearby.

After sharing the news with Kim, Jamie’s furious to hear her discussing the matter with Gabby. 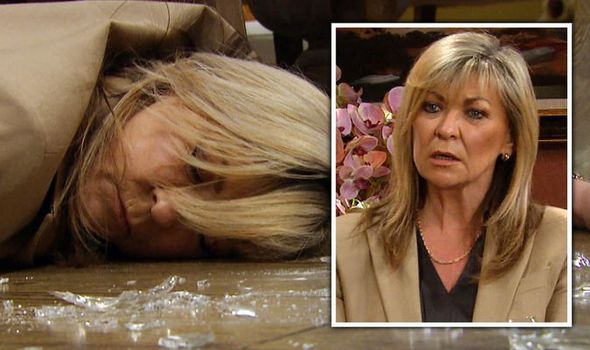 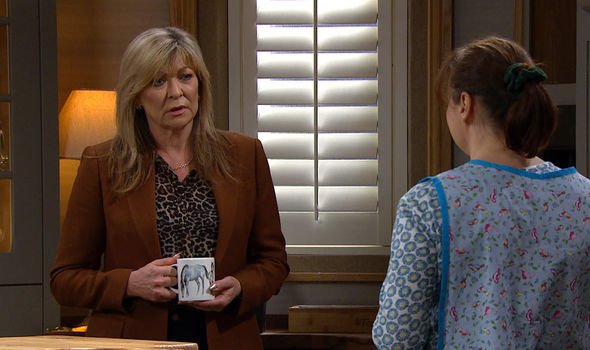 The village vet lashes out at Kim and storms out before she has the chance to hit back.

Humiliated by her son’s words, the businesswoman turns on Gabby and kicks her out.

Kim becomes disorientated but continues to drink brandy before trying to convince the future mother of her granddaughter that she should stay. 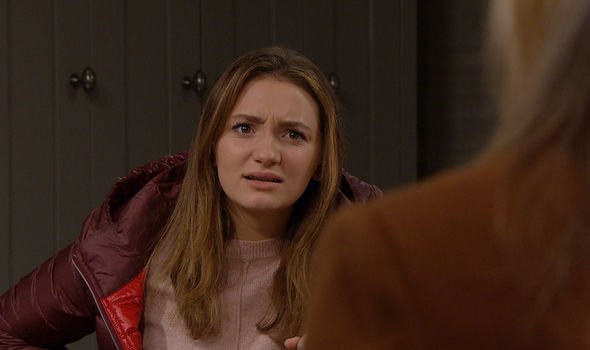 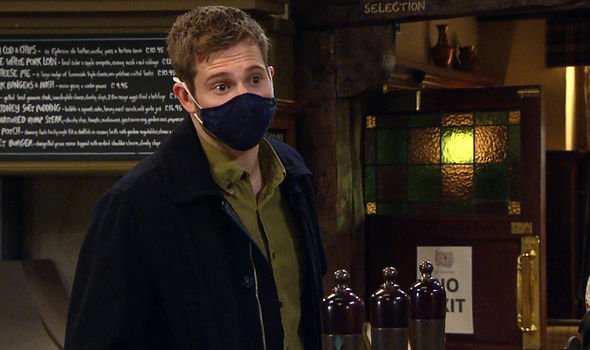 The matriarch loses consciousness and collapses while alone at Home Farm.

Lydia Dingle (Karen Blick) arrives the next day and is terrified to see Kim lying on the floor lifeless.

When she eventually comes around, Lydia tells her boss she needs to see a doctor but she refuses.

Kim brushes off Lydia’s concerns but secretly begins researching what the problem could be.

When Gabby arrives, she notices Kim’s strange behaviour and takes a look at her laptop.

The Tate matriarch finally comes clean and reveals what it is she’s afraid of.

It’s clear Kim has kept her health concerns secret from her family but could this be because she received some disappointing news from her doctor?

The businesswoman may have been told her dizzy spells could be the symptom of a condition that requires immediate treatment.

The matriarch has pointed out on several occasions her son Jamie would have nothing without her but her worsening health could provide the perfect opportunity for the vet to step up and prove himself.

However, Kim has formed an alliance with Gabby in recent weeks and admitted she sees herself in the future mother of her grandchild.

Will Kim appoint Gabby as the power of attorney to secure her grandchild’s future or will she finally trust Jamie with the family business?

Either way, the matriarch may feel it’s best to give up Home Farm while she concentrates on improving her health.

Emmerdale airs on weekdays on ITV at 7pm.