Emilia Clarke shot to fame thanks to her role as Daenerys Targaryen on Game of Thrones. The mother of dragons was one of the biggest breakout stars of the HBO series. Not only did this make her a household name, it also gave Clarke a lot of career opportunities.

But she ended up turning down one notable film role because of something she did all the time on Game of Thrones. 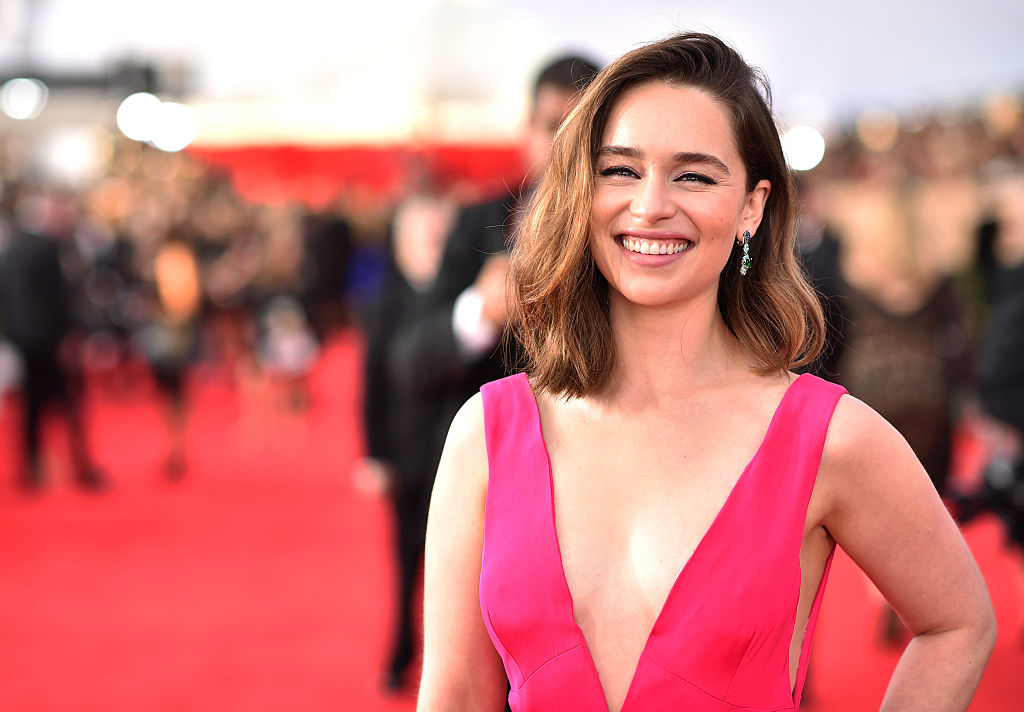 Just as Clarke’s career was heating up on Game of Thrones, she got an offer to star as Anastasia Steel in Fifty Shades of Grey. Initially, the actor says she was drawn to the project and the ideas that director Sam Taylor-Johnson had for bringing E.L. James’ book to life.

“Sam is a magician. I love her, and I thought her vision was beautiful,” Clarke said.

She said ‘no’ for a specific reason

Clarke explained to The Hollywood Reporter that she said “no” to Fifty Shades of Grey because of the nudity. She noted that the last time she got naked on camera was “a long time ago.”

But yet, that’s still the only thing that people ask her about. She thinks the reason is because she’s a woman.

“And it’s annoying as hell and I’m sick and tired of it because I did it for the character—I didn’t do it so some guy could check out my tits, for God’s sake,” Clarke said.

Clarke didn’t have a problem with baring it all for the camera, or being part of sex-focused project. But because she did nude scenes early in Game of Thrones, Clarke felt ‘pigeonholed.”

“I did a minimal amount and I’m pigeonholed for life, so me saying yes to that, where the entire thing is about sensuality and sex and being naked and all of that stuff, I was just like, ‘No way am I going to voluntarily walk into that situation and then never be able to look someone in the eye’ and be like, ‘No, you can’t keep asking me this question,’” she said.

Her most notable nude scene came during season 6

Most notably, there was a scene in season 6 when a nude Daenerys escaped her Dothraki captors surrounded by flames. At the time, she said she was proud of her decision to shoot that scene.

“I’d like to remind people the last time I took my clothes off was season 3,”  Clarke said. “That was a while ago. It’s now season 6. But this is all me, all proud, all strong. I’m just feeling genuinely happy I said ‘Yes.’ That ain’t no body double!”

Emilia Clarke is moving on to the Marvel Cinematic Universe

Before Game of Thrones wrapped in 2019, Clarke was already making her transition to film. In 2015 she joined the Terminator franchise as Sarah Conner for Terminator: Genisys. She’s also part of the Star Wars universe after her performance in Solo: A Star Wars Story.

Now, according to Vulture, Clarke is joining the Marvel Cinematic Universe. She has signed on to join the cast of the Disney+ series Secret Invasion.

However, the role that Clarke will be playing is still a secret. One thing that is for sure in the PG-13 world of the MCU, there won’t be any nudity.