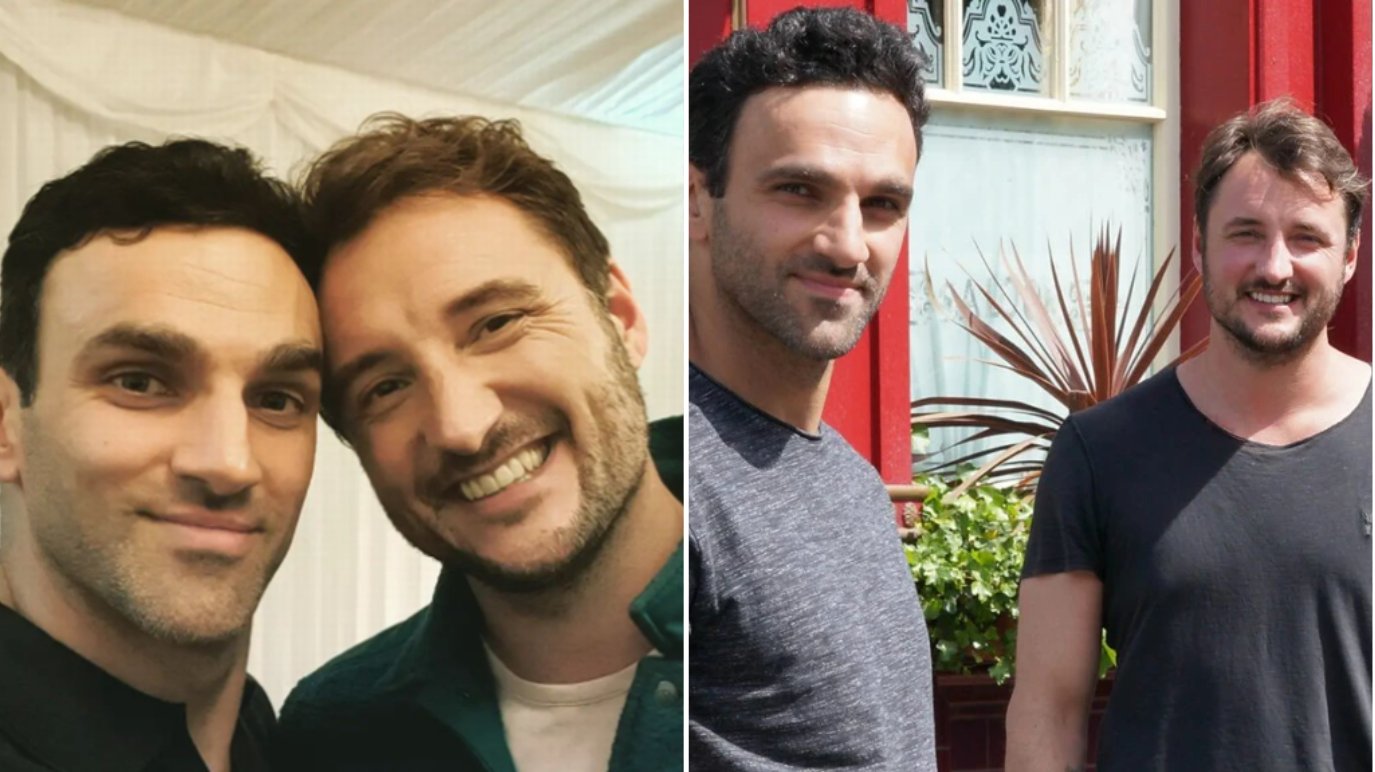 The actor, best known for his role as Kush Kazemi in the BBC One soap, met James (Martin Fowler) on the EastEnders set and since then, they’ve become best mates.

Having also portrayed Eli Ebrahimi in Holby City, Davood was on hand to offer James many Strictly tips as he starred in the series alongside professional partner Nadiya Bychkova back in 2017.

Sadly, for James, his time dancing with Amy Dowden came to an end last weekend, as he was voted out of the competition during the special Halloween Week.

Now things are over (well, bar the final dance during the last episode), James won’t be spending hours on end learning how to dance and for Davood, he knows exactly how that feels!

Posting a selfie with his mate on Instagram, Davood wrote: ‘Im really proud of my brilliant friend. He made so much progress and I feel like there was a lot more to see from him… But that’s the horrible thing with @bbcstrictly its everything then suddenly its gone. Better to have danced and lost than not to have danced at all. Love ya @jimmybye’.

Many comments agreed with Davood’s message, with one fan saying: ‘He so shouldn’t have gone!’, and another writing: ‘You were robbed James!’.

He was killed by Gray Atkins (Toby-Alexander Smith) in a storyline that sparked a lot of backlash from fans, with many arguing Kush shouldn’t have been killed.

Elsewhere, Davood said goodbye to Eli in Holby City back in March, when the medical drama’s final ever episode aired.