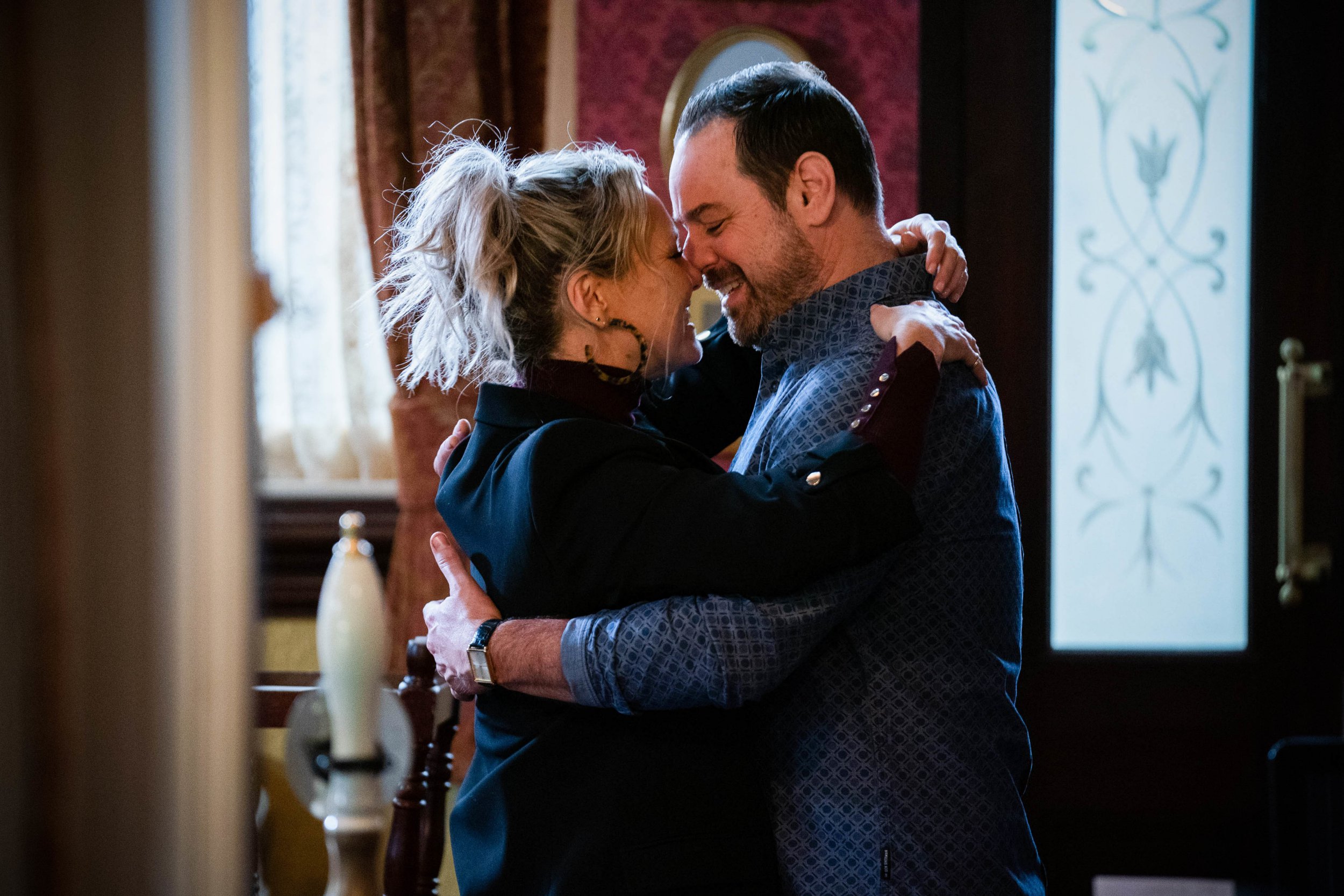 You’d be forgiven for wondering if Janine Butcher (Charlie Brooks) really loves Mick Carter (Danny Dyer) in EastEnders, given everything she’s put him through.

They got together a while ago, much to Linda’s (Kellie Bright) frustration, who’s been trying her best to win Mick back, only to be stopped by Janine time and time again.

Ultimately, Mick represents the love and stable set-up Janine has never really had but also, because of the meddling and trouble with Linda, Janine has also been responsible for putting her partner through weeks of stress.

‘Janine’s got her daddy issues, and I think she sees a lot of her dad in Mick, and for that reason, she is in love with him’, Charlie Brooks recently told us.

‘I think he makes her feel a way that nobody has made her feel before. I think she likes the version of herself that he brings out. But where there’s love, there’s danger, and when you develop feelings so strong for somebody, you’re open to being hurt, and she’s got a mask on a lot of the time.

‘I think she hides a lot of her pain through grandiosity and all that sort of thing but I do think she loves him, and I do think the Vic, all of that, is the cherry on top of the cake for her. It couldn’t be more perfect.’

‘I think the engagement definitely makes her feel more secure, but I think the sight of Linda is always there – there’s an undercurrent of unease around their closeness. But the engagement is a step towards getting exactly what she wants.’

Exactly what she wants looks set to be snatched away from Janine, as recent pictures show Charlie, Kellie and Danny filming some dramatic scenes near cliff edges.

Janine is no stranger to killing off a partner, and Mick seems to be the next in her sights, as the cast and crew are currently filming high octane night shoots.

Details of a dramatic car crash which sends Janine and Linda (Kellie bright) over a cliff and into the ocean have already been revealed, but now, there are new developments.

Danny, along with a stunt double for more dangerous elements of the scenes, has been seen thrashing about desperately in the sea after diving into the waves to save beloved wife Linda.

In another scene, Linda is covered in blood on the beach, screaming at the top of her lungs in desperation.

With Mick submerged in the water, has he drowned and is this how Danny departs the show forever?