But controlling Gray (Toby-Alexander Smith) soon went back home on the BBC soap and found out money had been taken from their joint account.

Gray discovered that Chantelle had helped out with her half-sister Bailey’s (Kara-Leah Fernandes) uniform fund using money he had left her on EastEnders.

Looking for any excuse to attack his wife, Gray branded her family as “misfits” in a scathing rant about the tight-knit clan.

It’s not just me I’ve got to think about

He pushed Chantelle against the fridge in the argument, with the mother-of-two falling to the floor.

Gray was left alone at home as Chantelle went out without telling him where she was going.

“Sorry? I don’t think sorry covers it,” she retorted.

“I’m done listening to you,” Chantelle went on as Gray tried to defend his actions.

“I thought you’d left me,” Gray said as Chantelle replied: “Well maybe I should. It’s not just me I’ve got to think about, it’s the kids.” 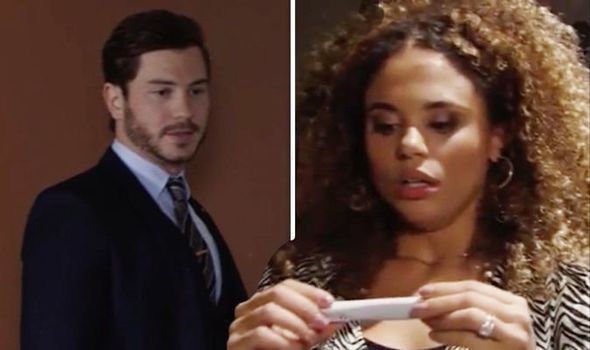 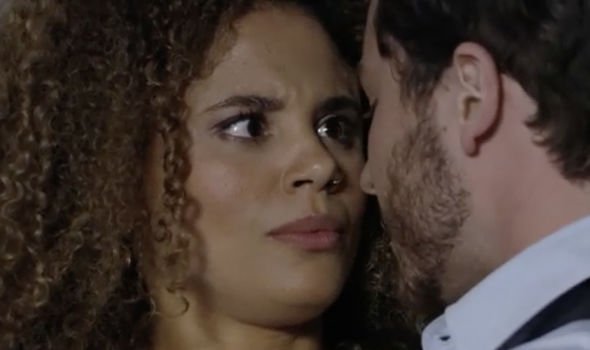 Chantelle hit back: “But touching me is alright is it?”

“No, I’m sorry,” Grey went on. “Please Chantelle, don’t leave me. I am nothing without you.”

“I swear I am sorry, okay?” Gray pleaded.

Chantelle continued: “You promised me when we moved here things would be different, that you’d get help.”

Gray then broke down and told his wife he’d done it because he thought she was pushing him away. 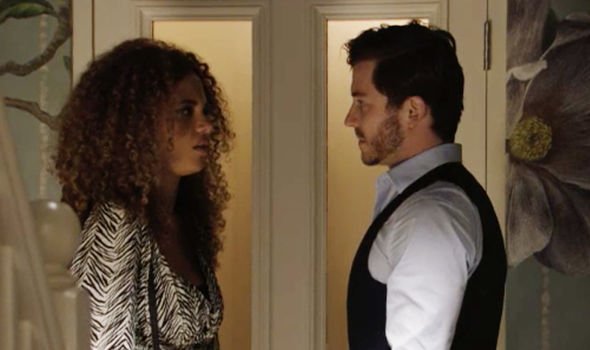 “Don’t throw all of this away, give me one more chance, please,” he begged as Chantelle embraced him.

But Chantelle received some shocking news later on when she was alone.

Pacing up and down in her house, Chantelle then picked up a pregnancy test which revealed a positive result.

Chantelle’s situation now appears to have got even more desperate as she’s with child, will she tell Gray that she’s pregnant?

Of course if she does, his abuse might stop for the sake of the child but Chantelle may be conflicted at the thought of bringing another child into the violent relationship.

Could the news see Chantelle finally open up about Gray’s sickening actions and leave him for good? Viewers will have to wait and see.

EastEnders continues Thursday at 7.30pm on BBC One.