Viewers remember it wasn’t long ago Mick (played by Danny Dyer) was suffering in prison after being wrongly accused by twisted character Stuart Highway (Ricky Champ) on the BBC soap.

Already struggling to maintain his hold on his sanity, the EastEnders icon even thought his wife Linda Carter (Kellie Bright) had given up and abandoned him at one point.

Luckily this wasn’t the case, and Linda had a secret plan all of her own, and after getting out of prison Mick and Stuart have managed to remain in each other’s orbit without too much further drama.

Now though, things are set to turn completely on their head in the Carter family as former Hollywood star Danny has warned there is some “powerful stuff” ahead on EastEnders.

The new storyline may involve their son Ollie as the little boy will soon be diagnosed with autism.

The soap is determined to do the subject justice and portray those who are born with autism accurately, and Danny has hinted there is plenty for him to sink his teeth into ahead on the soap.

He said: “It’s been quite slow integrating me back into the show since I come back.

“I’ve got some really powerful stuff coming up with Kellie and stuff I can’t talk about at the moment but it’s good,” he told The Sun.

”Mick is going to go through some really [big] mental health issues, that’s all I can say.”

Other possibilities are that Mick will backtrack and experience flashbacks from his suffering behind bars. 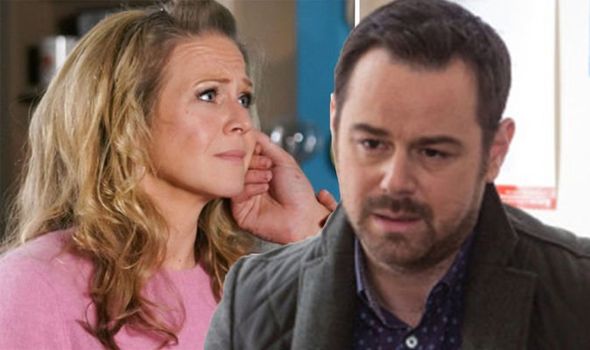 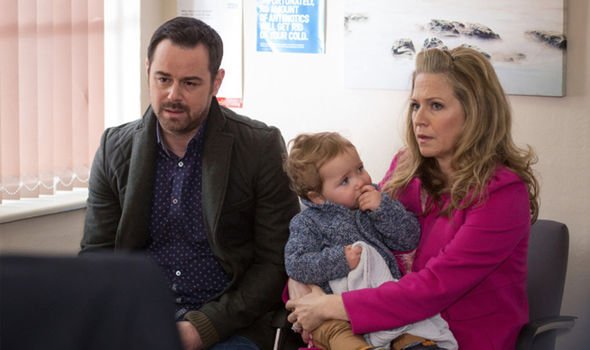 Will Mick come out the other side and will Linda rise to the challenge in supporting him through the dark times? Or will the difficulties facing their relationship prove too much once and for all?

Danny went on to say boss and executive producer Kate Oates has been the turning point for the soap since she joined.

Kate is known for her pioneering work on other major soaps Coronation Street and Emmerdale, and according to the actor, the developments on Albert Square since her arrival are no different.

“It feels like Kate Oates has brought the show back,” he said. “She is the Queen and we are all hopelessly in love with her.”

Elsewhere in Walford, Jay Brown (Jamie Borthwick) and Ruby Allen (Louisa Lytton) split in last night’s episode after Ben (Max Bowden) decided to get involved in the hope he could keep Lola (Danielle Harold) from leaving. 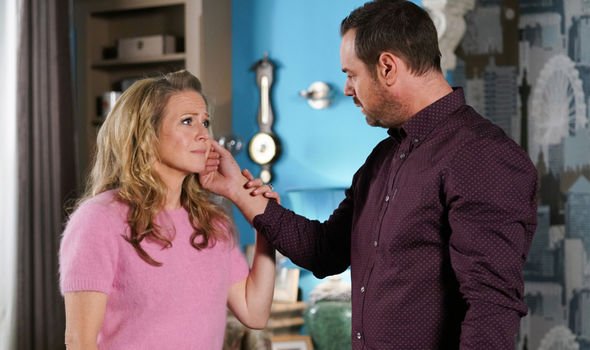 The character has had enough of Albert Square and wants to go back to Newcastle with her daughter Lexi.

Determined to keep Lola in the Square, and knowing how much she stills loves Jay, Ben began flirting with Ruby in the Queen Vic pub.

The duo’s chemistry continued to skyrocket and they shared a few drinks together, but when Ben went in for a kiss it was just as Jay walked through the door.

Angry with his girlfriend, Jay left Ruby, which leaves him free to reunite with Lola once more. Are the couple destined to get back together?

If you have been affected by any of the issues mentioned in this article, you can contact Mind charity for advice and support on 0300 123 3393 and www.mind.org.uk.

EastEnders continues tonight at 7.30pm on BBC One.