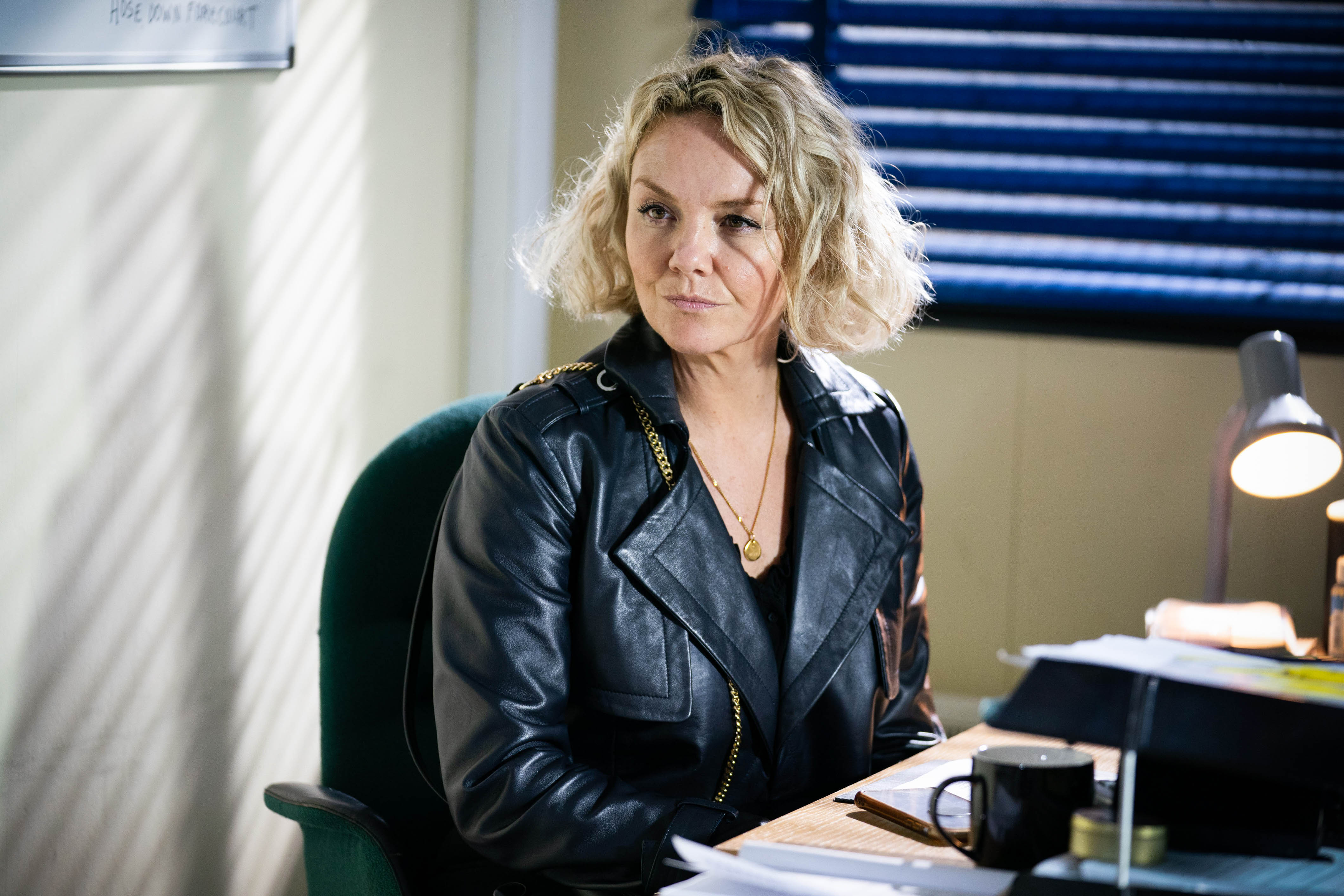 It was never going to be long before Janine Butcher (Charlie Brooks) got up to some more mischief in EastEnders and she soon has a plan that will drag Jay Mitchell (Jamie Borthwick) into deep trouble.

Elsewhere, Harvey Monroe (Ross Boatman) is in hot water after his attempts to make amends for his racist comments.

But he soon has another shock in store when his son Aaron (Charlie Wernham) turns up.

Liam ignores a call from Cindy as Peter arrives to say his sister’s also been in touch with him wanting money – Janine covers for Liam. Over at The Arches, Ben leaves Liam on his own and he’s struck with an idea..

Janine later spots Jay and asks him for a job at the car lot but he’s not having any of her nice act and refuses. She then fills Liam in on her plan.

Peter vents to Ash about how Liam is treating his sister and tries to help Ash deal with what happened with Harvey. After some crossed wires with Peter and Kat, Kat confronts Ash who reveals what Harvey said, leaving Kat floored. She finds Harvey in The Vic and promptly sacks him as he tries to explain that what he said was taken the wrong way.

Gray’s money issues continue while Chelsea’s indifference at paying Gray back everything she spent riles him. He later has an interview for a job, offering  up his lawyer skills for a managerial position.

Harvey tells Dana he’s been fired as she reminds him that he needs to be careful about things he says causing upset, persuading him to talk to Ash. Feeling guilty about lying to him about Bobby, they agree to come clean.

Harvey clears the air with Ash and she softens to his apology but Peter is outraged and chucks him out. Harvey later tells Kathy about his day from hell and how Peter has made it worse but when he realises that Dana has been over and that he’s being lied to, he storms out

Liam puts the plan in motion and talks up Janine’s selling skills to Jay, who takes the bait

Dana tells Harvey he needs to make amends with everyone he’s upset and she’ll help him get his job back. Tiffany tries to get Whitney to open up about Gray but she’s interrupted by Aaron who asks for directions – Tiffany likes what she sees.

At the cab office, Aaron arrives much to Harvey’s delight  but Dana isn’t as impressed to see her brother. At The Vic, Aaron gives Harvey some bad advice and rudely snaps at Dana for not taking their dad’s side – leaving her humiliated.

Janine is given a warning about Billy and Gray discovers his dad has died.

Aaron spots Tiffany but Liam is protective over her. Aaron tells her that he plans to be in Walford for a bit but she tells Liam it’s too soon for her to be dating after Keegan. Harvey fills Aaron in about Bobby as he tells his dad he wants to stay for while – he’s spotted someone that’s caught his eye. He later asks Tiffany out for a date and after some persuading she agrees.

Gray tells Whitney that he didn’t expect to be so cut up over his dad. Going through his dad’s belongings Gray is touched when he finds some childhood memories and kisses Whitney. Later, Karen is over the moon to see Gray and Whitney together.