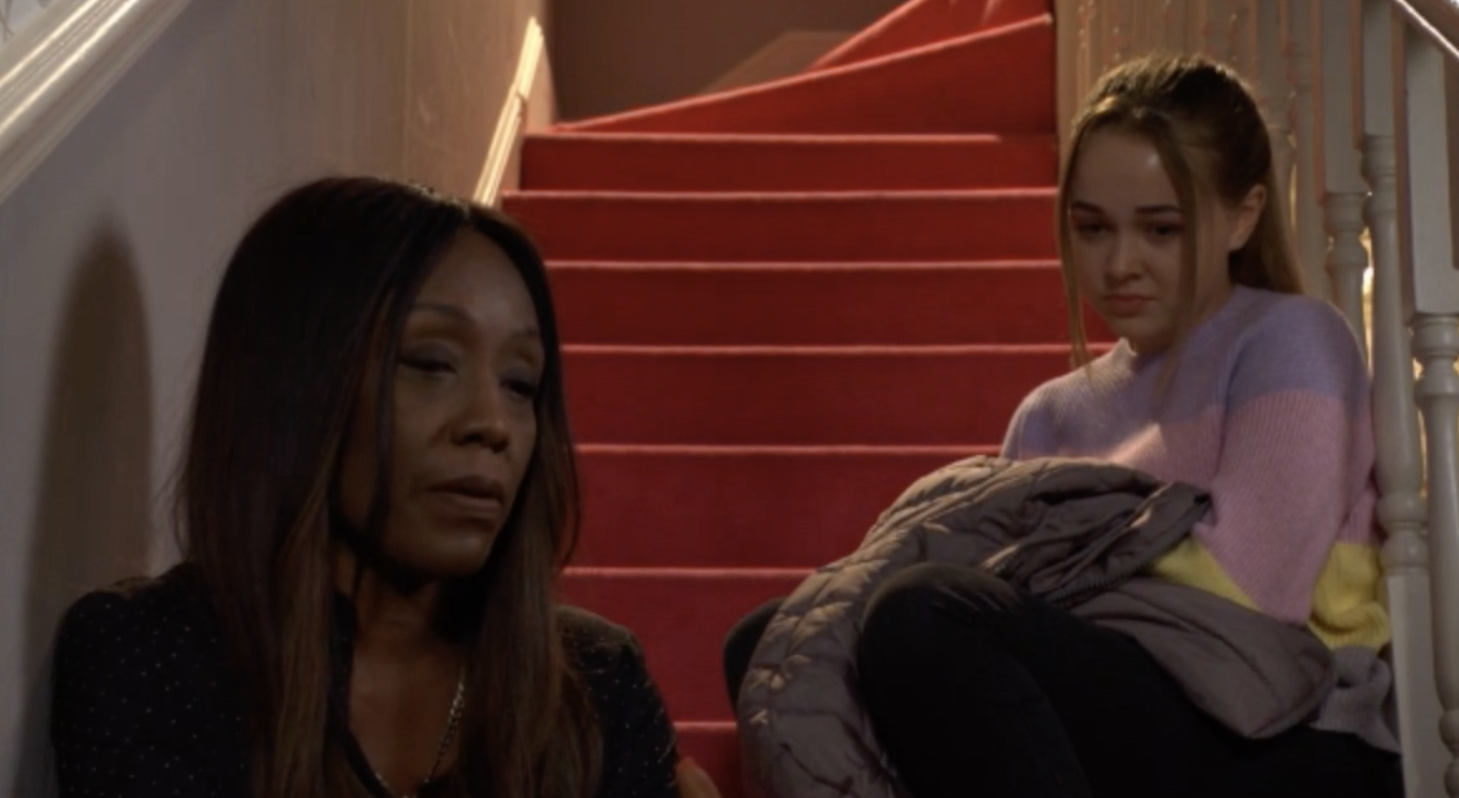 The teen, as viewers know, is really struggling with her mental health, and Denise has been determined to help her – despite Jack Branning’s (Scott Maslen) hurtful claim that she’s not her daughter.

Jack has had difficulty getting his head around the fact that Amy is self-harming, and he has spiralled out of control as a result, seeking solace in the booze and attacking Howie Danes (Delroy Atkinson).

The detective, determined to do something, secured a counselling appointment for Amy in Thursday’s (November 17) edition of the BBC One soap, but he later struggled to keep quiet as the counsellor talked to his daughter, believing that the whole thing to be a waste of time.

Denise was appalled at her husband’s reaction and when he left for the pub, she decided to speak to Amy for herself in emotional scenes, explaining that she has gone through some tough times herself, one of which saw her turn to alcohol.

‘I didn’t want help!’, she said, describing her feelings at the time. ‘I just wanted to completely erase myself, even if it was just for a minute or, like, five seconds. I wonder if you feel a little bit like that?’

Amy – emotional – nodded in agreement, evidently understanding what Denise was talking about, and thus she opened up about what she’s going through and her self-harm.

Denise proved incredibly supportive, and thanked Amy for trusting her with her feelings, before telling her that she loves her. Afterwards, she put together a first aid kit in case Amy self-harms again.

Jack arrived home drunk and berated her, yelling at the top of his voice that they need to ‘stop’ Amy immediately, but Denise stated that it doesn’t work like that.

‘She has these feelings and she has to cope with them’, she said, ‘this is how she is doing it.

‘If we take this away from her without putting something else in its place – something safer – then we’re abandoning her!’

Jack subsequently burst into tears, struggling to get his head around everything, and thus Denise comforted him.

EastEnders continues Monday November 21 at 7:30pm on BBC One.