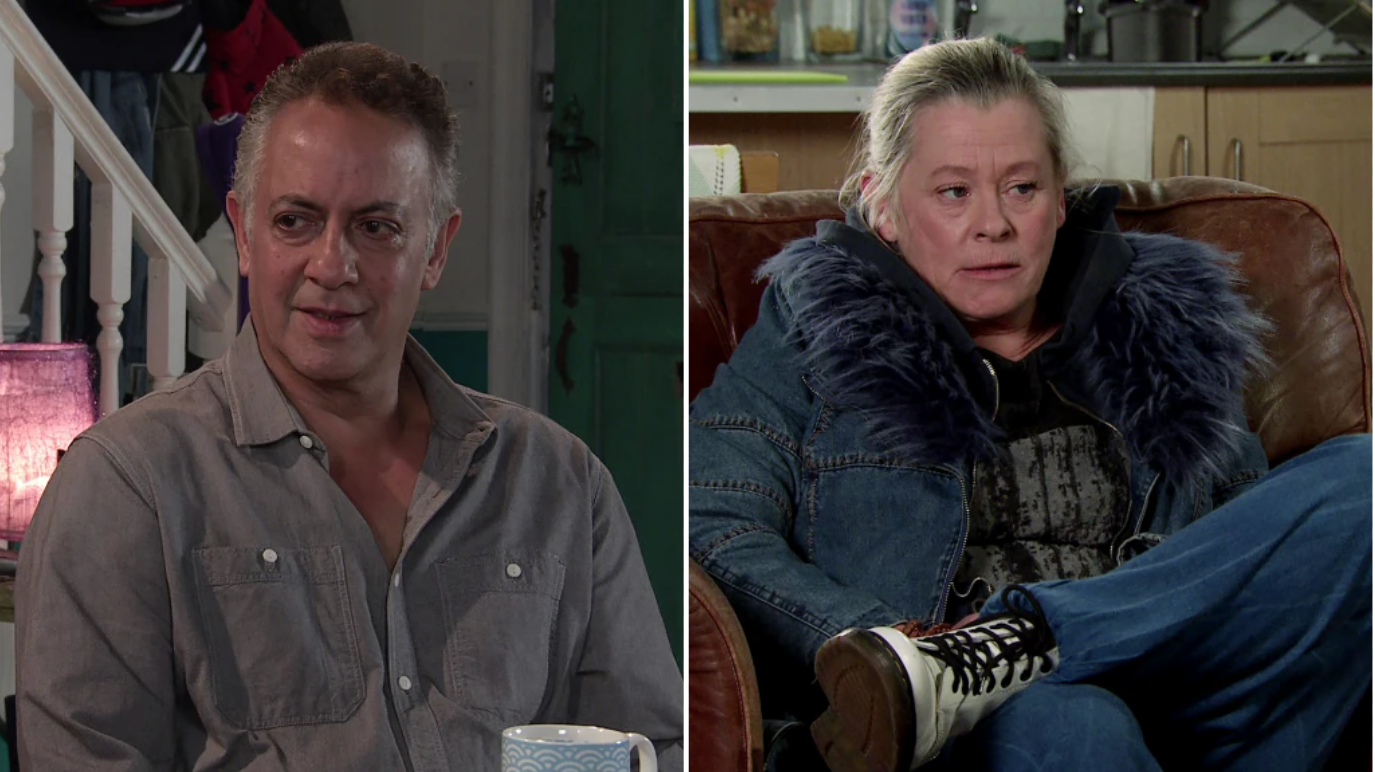 Poor Bernie (Jane Hazelgrove) is set to face the wrath of Dev (Jimmi Harkishin) in upcoming Coronation Street episodes, as she makes a fatal mistake that costs her her job.

While taking the time to clean for Dev, Bernie accidentally knocks Aadi’s first ever golf trophy, causing it to smash.

Despite it being an innocent mistake, Dev is furious and sacks Bernie right there and then. A case for unfair dismissal, perhaps?

It’s fair to say that Dev has been under an extreme amount of stress recently, what with his son getting involved with the likes of Kelly Neelan (Millie Gibson).

Kelly and Aadi (Adam Hussain) have planned to get married, and Dev isn’t best pleased about it. What’s more, Kelly’s discovery that Gary (Mikey North) killed her dad leads her down a dark path, with Aadi potentially getting caught up in their feud.

Poor Bernie isn’t the most well-off resident on the street, so how will she deal with being out of a job?

She doesn’t have the most glowing history, having partaken in a scam or two in the past. Could she be driven back to her old ways?

With the recent discovery of her rich doppelgänger, Fern (Gabrielle Glaister), there is ample opportunity for Bernie to make some cash…