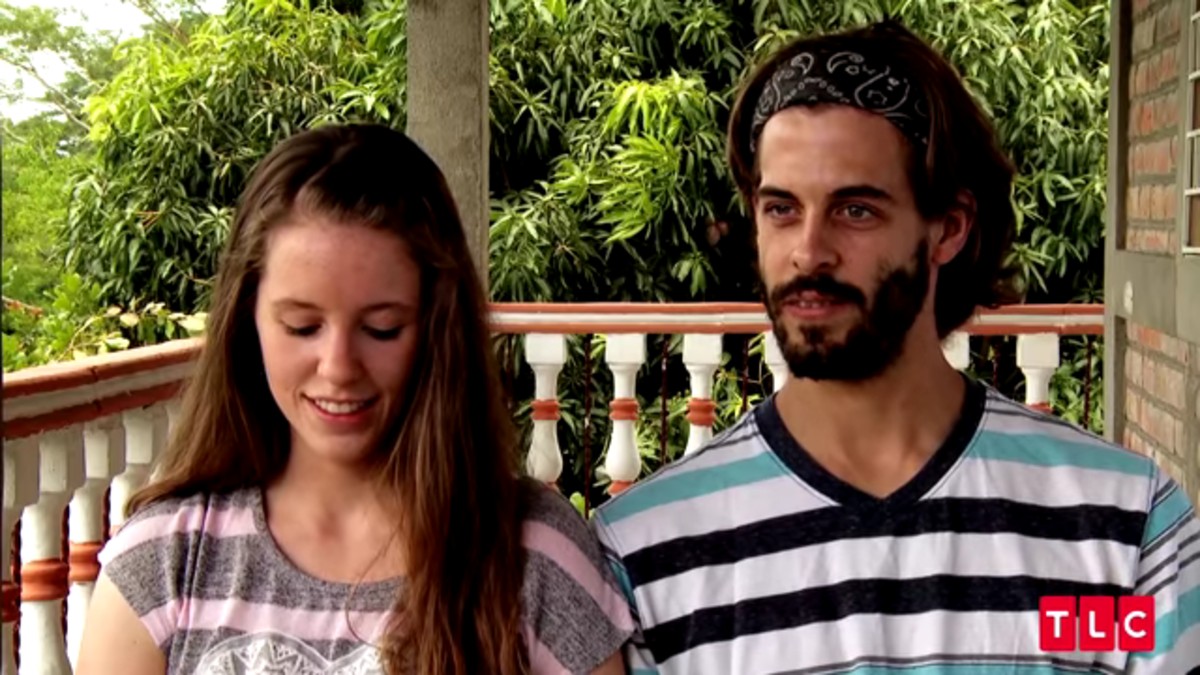 After a follower commented on the selfie Jill shared, Derick swooped in for the rescue. The comment was about Justin Duggar and Claire Spivey’s engagement and how young they are.

What did Derick Dillard say?

In what appears to be a sarcastic response (or is it?), Derick Dillard revealed the Duggars get married young “because we want to have sex.”

Immediately, followers flocked to the comment to respond with many praising his honesty. Sex being taboo in the Duggar world is talked about a lot, especially when the young brides find themselves pregnant immediately following their weddings.

While Derick didn’t elaborate on whether he was joking or not, the fact that he came out and said what so many critics have been thinking is hysterical. He is more aware of what is happening in real-time, and despite several of his other comments that made headlines, this is a sign that he and Jill Duggar are more mainstream than most.

The initial comment that prompted the NSFW response was, “Amazingly surprised that your brother is 17 and engaged!!! Why do you guys rush to marry life. He’s a kid and Claire too!!!” 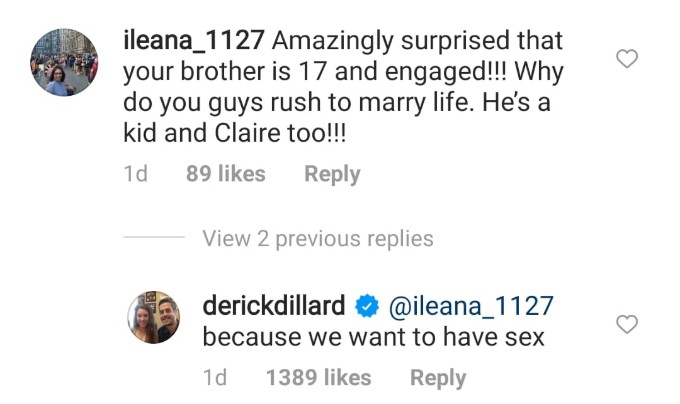 Jill Duggar and Derick Dillard are living their lives

This comment isn’t completely out of left field, but it demonstrates Jill and Derick’s conscience effort to be more mainstream.

They have been doing YouTube Q&A sessions with questions submitted by followers. It was on there that Jill Duggar revealed the rift with her parents. It had been speculated for a while, but the confirmation was shocking to hear. Typically, stuff like this doesn’t get aired on social media.

Now that these two are comfortable joking about sex, anything goes. To be fair, it isn’t terribly shocking that Derick Dillard would make a comment like that. He and Jill have been pretty upfront about spicing up the bedroom and their favorite books to use in the past.

It will be interesting to see if anyone else from the Duggar family chimes in on getting married because of the sex, or if it will die out with Derick and his wisdom.

For now, followers can keep up with Jill and Derick on social media as they are no longer doing reality TV. They have not ruled out a return someday, but it just isn’t the right time for the family to jump back into it.

Counting On is currently on hiatus.

11/19/2020 TV & Movies Comments Off on Derick Dillard admits Counting On kids marry young because they 'want to have sex'
Recent Posts
We and our partners use cookies on this site to improve our service, perform analytics, personalize advertising, measure advertising performance, and remember website preferences.Ok