DI Neville Parker (played by Ralf Little) will be introduced to DS Florence Cassell (Joséphine Jobert) when Death in Paradise returns for its 10th season. The lead detective will quickly grow fond of his new partner but BBC actors Ralf and Joséphine have teased Neville could be heading for heartbreak as Florence struggles to get over the death of her fiancé.

Speaking to Express.co.uk and other press, Ralf revealed whether romance is in store for Neville.

Ralf explained: “Neville is having a lot of challenges to the fabric of his personality really and to his very being after leaving his comfort zone.

“Tim and I talked quite a lot with the creators and writers before I started last year about who Neville was.

“And one of the things we wanted to avoid was falling into a trap of him just being a nerd.” 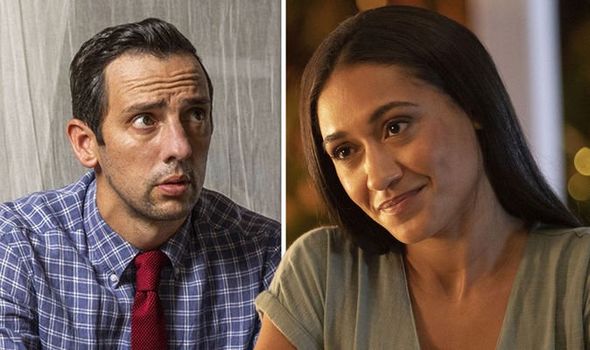 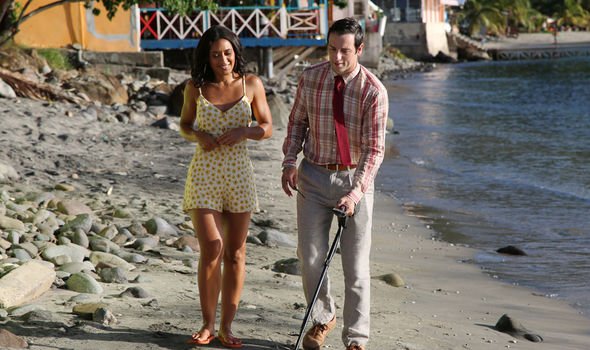 “He’s had girlfriends and he’s capable of things he just has a specific set of circumstances that have made his life difficult and over time he’s had to control the way he lives his life,” Ralf continued.

“So relinquishing that control has been the first step, and he does it very much, with the support and encouragement and help of a few people.

“Obviously, he is absolutely enchanted by this very beautiful, very charming charismatic warm and generous character and he finds himself very much drawn to her,” he shared. 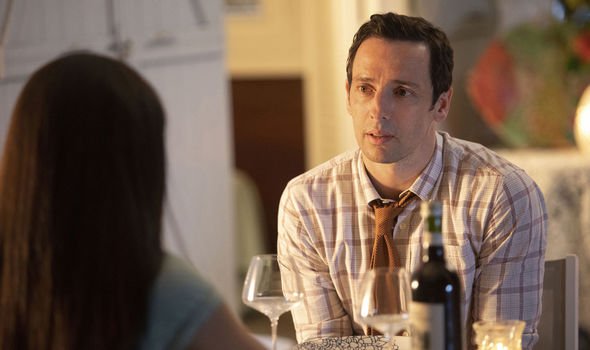 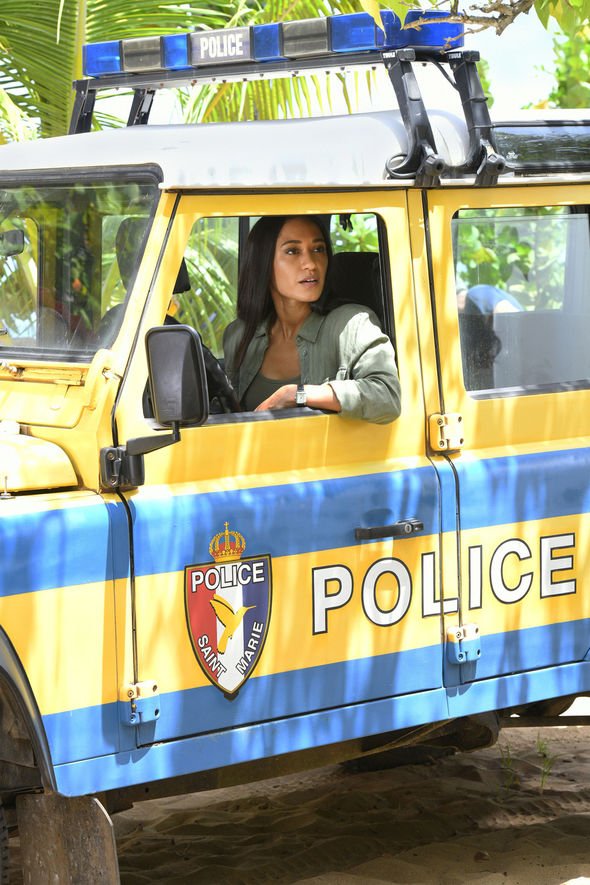 “Where that will go in the series and in future series is anybody’s guess but yes, he’s certainly very taken with her.”

However, Neville could be heading for heartbreak as Florence star Josephine has revealed her character isn’t looking for love after losing her fiancé in tragic circumstances on the island.

On returning to Saint Marie, Joséphine said: “I’m really proud of her and the thing is she’s still struggling because when you lose someone that you love so much, do you ever recover? I don’t think so.

“But the fact that she meets Neville, who is very special in his way and she wants to take care of him because she sees the potential.”

“Maybe it’s a way for her to think of something else, and to get closer to somebody else,” the actress continued.

“And I think their relationship will help her to heal and to move on.”

Joséphine was asked if she sees Florence and Neville’s relationship as just a friendship or possibly romantic.

“Friendship,” she confirmed. “It’s a bit too soon for her to start a new relationship, but you never know.”

Will Neville be left heartbroken when he’s rejected by Florence after misreading her feelings?

Meanwhile, Ralf praised Josephine for helping him settle into Death in Paradise.

“Josie has been absolutely wonderful,” he said. “She helped me a lot learning French, she’s incredibly patient.

“I kept on asking her for weeks about how to say things in French, and at no point did she get bored and tell me to do one, and that in itself tells you the patience in her personality.”

Death in Paradise starts tonight on BBC One at 9pm.

01/07/2021 TV & Movies Comments Off on Death in Paradise season 10: Neville Parker ‘humiliated’ as Florence Cassell rejects him
Recent Posts
We and our partners use cookies on this site to improve our service, perform analytics, personalize advertising, measure advertising performance, and remember website preferences.Ok